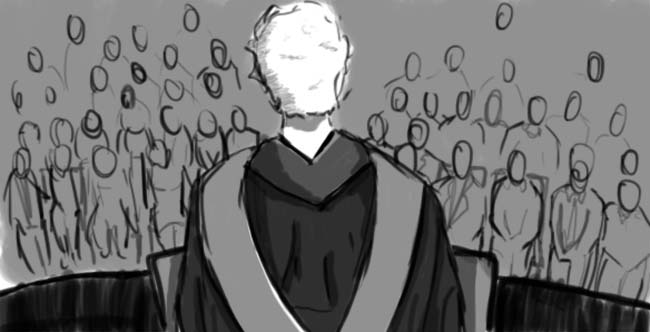 The College of William and Mary celebrated its 321st Charter Day last Friday with, among other things, a speech from newly inaugurated Gov. Terry McAuliffe, D-Va., who received an honorary degree. While lauding the College’s work and alumni (including those in his administration), he pressed the need for increased funding for pre-kindergarten education and for community colleges, endeavors that are worth supporting. However, McAuliffe spent little time speaking about the need for more state financial support for public universities. This issue has not gone away since last Charter Day. The College has not recovered two-thirds of its losses during the recession, and the state’s contribution as a percentage of the College’s operating budget remains dismal. We hope McAuliffe recognizes the importance of affordable, quality public education while he works with the Virginia General Assembly on its final budget.

Before the end of his term, former Gov. Bob McDonnell proposed a budget that allocated more money than expected to the College — $1,542,480, rather than $1,200,000. McAuliffe and the General Assembly need to preserve or raise this amount. Either way, it is a temporary solution to the long-term problem of Virginia’s declining contribution to public colleges. As the College provides predictability and stability to its in-state students through the William and Mary Promise, so should Virginia by providing funding to public colleges. Virginia needs affordable public colleges if it is to remain competitive and attractive.

Virginia can prosper only if all of its people — including its poorest — have access to college. The rising cost of higher education and staggering wealth inequality threaten opportunity for most Americans. Combined with an increasingly competitive global workforce and rapidly evolving technology, we will face challenges unknown to previous generations. These challenges must be met by a nation more widely educated than ever. Americans have responded, with colleges receiving record numbers of applications, but students have borne a tremendous cost: Americans owe between $900 billion and $1 trillion in student loans. This debt means millions of graduates will have less freedom to take risks and to innovate — precisely what is necessary to maintain the edge the United States and the state of Virginia need.

McAuliffe concluded his speech with an anecdote: As a budding 15-year-old entrepreneur, he drove his uncle’s truck, without a license, down a highway to transport cement filler necessary for his business. We applaud his daring; his entrepreneurial spirit has taken him far — from head of McAuliffe Driveway Maintenance to chairman of the Democratic National Committee to governor of Virginia. He should remember the role his college education played in his success. Surely, he learned valuable skills, made important contacts, and built a reputation of credibility. This is even more vital 35 years after McAuliffe graduated.

State funding for the College and for all other public universities will always be subject to external factors such as economic performance, state revenue and the prevailing political winds. What we ask is that McAuliffe accord the College the same respect during the Virginia General Assembly’s budget negotiations as he did at the 321st Charter Day.