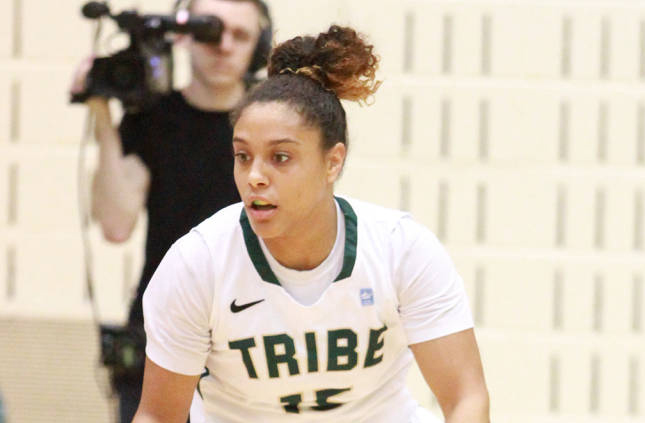 Head coach Ed Swanson jokingly said it was the moons aligning. Whatever the cause, William and Mary left little doubt in Sunday’s emphatic 97-44 win over North Carolina-Wilmington.

An effective high-pressure defense translated into points for much of the game as the Tribe (6-17, 3-8 CAA) outworked an undermanned UNC-W squad. The Seahawks’ (3-22, 2-9 CAA) head coach Adell Harris released at least three players last March before bringing a small recruiting class onboard.

Using a seven-player rotation, the Seahawks fell victim to a fast-paced College offense that shot 61.2 percent from the field, including 42.1 percent from beyond the arc.

The offensive explosion resulted from a concentrated defensive effort. A full-court high-pressure system forced the Seahawks into uncomfortable looks and resulted in 21 Tribe fast-break points.

All told, the College scored 45 points off UNC-W’s 29 turnovers. With the Seahawks struggling to keep possession, much less get to the rim, the College took advantage.

“We did a great job looking forward. We got easy baskets and we opened the game up,” Swanson said. “We moved the ball well.”

Offensively, the Tribe placed five players in double figures for the second time this season and the first time since Nov. 30 against Massachusetts. Junior guard Jazmen Boone put on a clinic, finishing with a game-high 18 points and seven assists without missing a field goal.

“We did do a good job, I thought … Alexis Hofstaedter did a good job, I think, starting the game with eight assists and zero turnovers,” Swanson said. “That’s the kind of stat line you’re looking for from a point guard. But I thought that we moved the ball well.”

The College scored 97 points on 27 assists. In contrast, the Seahawaks managed 44 points on seven assists while shooting just 28 percent from the floor for the game.

Despite its effectiveness on offense, the Tribe’s defense stole the show. Each of the Seahawk’s players recorded a turnover and, collectively, didn’t put up a three-point attempt until the final four minutes of play.

“Our energy and effort was there from the start. You can tell just the way we were flying around,” Swanson said. “I thought our pressure really knocked them back — I think they had one assist and 19 turnovers at halftime.”

The win punctuated the program’s senior-day celebration of Willems and Mathieu. Each played in front of family from Texas and Maine, respectively.

“It made me feel really good that my teammates came out and played for senior day,” Mathieu said. “They showed up and were really thankful for us being there and the support was amazing.”

Swanson, although worried about the heightened emotion on senior day, was proud of the team’s ability to channel its excitement into quality basketball.

“Senior day, from a player standpoint, is a special day, I think. All of the years of hard work and early mornings and training and all of that type of stuff,” Swanson said. “As a coach, you’re kind of nervous because it is an emotional day for players. You’re always worried that maybe emotions might take over … but I thought they did a great job of corralling themselves and playing with the right type of emotion on the floor.”

With five games remaining before tournament play, the College will have a chance to better last season’s eight wins. The Tribe returns to action Thursday, facing Towson in a road matchup. Tip is set for 7 p.m. 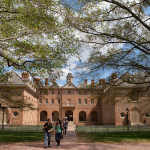