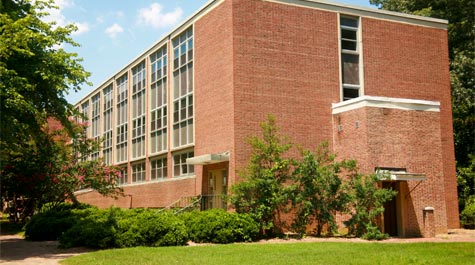 A College of William and Mary student was arrested for 18 drug-related charges Sunday, Feb. 23. The charges related to both possessing and selling drugs, primarily LSD.

The Virginia Gazette reported that the student, former College football player Samuel Marshall ’17, purportedly sold one piece of LSD for $10 and 12 pieces for $100.

Schedule 1 narcotics include those which have a high potential for abuse, those which are not accepted for medical use in treatment in the United States, and those for which there is a lack of accepted safety for use under medical supervision.

The Virginia Gazette cited a report noting that a detective responded to a call from Yates Hall Sunday and met another officer and a student regarding another student who had been taken to the hospital for an LSD overdose. A student told police that his friend bought LSD on two pieces of 1/4 inch square paper from Marshall.

The Williamsburg-Yorktown Daily reported that Marshall was banned from campus as part of his bond terms. Marshall’s attorney, Pat Kelly, said Marshall’s was brought to the authorities after a student he allegedly sold drugs to had a seizure. Kelley said the hospitalized student has since been released from intensive care.

In Friday’s bond hearing, Kelley told Williamsburg-James City County Circuit Court Judge Michael McGinty that Marshall confessed to investigators because of concern for the harm the drug he allegedly sold could cause for more students. McGinty set Marshall’s bond for $10,000. Kelley said Marshall will be returning to his home in Charlottesville.

Marshall admitted to selling LSD to eight people, according to the complaint cited by the Williamsburg-Yorktown Daily. He allegedly sold LSD to four athletes and at least three other students.