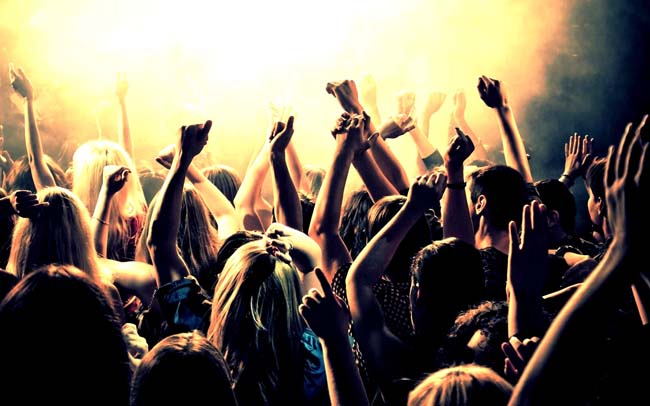 It might be that all the BuzzFeed and Cracked.com articles I’ve read over the years have finally gotten to my head, or that I’m a little unimaginative, or that I always write these columns at the last minute, but this week I present to my readers another list: the four people you meet at parties. For better or worse, attending parties is a fundamental part of the undergraduate college experience, so take a minute to familiarize yourself with the different types of interactions you may have.

1) The person whose name you can’t remember

It’s on the tip of your tongue. You’ve met this person at least twice now, maybe even three times. When you see each other on campus, you exchange a wave or a casual head nod. But for the love of God in heaven, you can’t remember their name. You try to play it off by giving a greeting that includes a non-descript nickname like “what’s up, man?” or “how’s it going, dude?” If it’s someone of the opposite sex, you might say a drawn out “oh, hellooo,” quickly followed by a “how are you?” If you’re lucky, you don’t make any faces that reveal how awkward you feel and you’ll have a decent conversation. Sometimes, however, you just have to confess that you can’t remember who they are. If that’s the case, I’d recommend making a joke about how bad your memory is, laugh uncomfortably, and then quickly move on to another phase of your night.

2) The person who’s way too drunk

Nearly every medium- to large-sized college party plays host to this specific specimen, or specimens. People may get too drunk for a plethora of reasons. They might just need to drown their sorrows for the night, and at this school there could be any number of sorrows to drown — whether it is a bad grade, coming off of a string of all-nighters or getting rejected from that internship you absolutely had to get. Sure, drinking may not be a healthy solution to life’s hardships, but it’s an easy one. Another possible reason for the excess could be that they just don’t know their limits. In my mind, I’ve dubbed this  “freshman wasted,” since most new students come in with marginal experience with alcohol and no idea how three shots of cheap vodka back-to-back can make you feel. Note, however, that this type of drunkenness is by no means limited to underclassmen. Then there is the final scenario: Sometimes you’re just having a great night, talking to new people, rapping along to the lame club music that’s booming, engaging in some flirting, and those watery beers just keep going down so easily.

“Who wants to shoot some cups?” Unless it’s a friend or acquaintance, this question usually stirs up in me a mixture of angst and contempt. I get angsty when someone proposes a game of pong because I’m truly terrible at it — I can do a lot of things, like play the violin, consistently write ‘A’ papers and read huge Victorian novels without getting bored. But throw a little plastic ball across a seven-foot table into a little red solo cup? No way. I get contemptuous because I really don’t understand why people get so passionate about this game anyway — I mean, of all the things to spend your valuable time on, you choose beer pong? Maybe I’m just jealous at the mad skills of the frat stars who can shoot balls backwards or against the wall … who knows.

4) The person in heat

Like the person who’s way too drunk, the person in heat can come in many different forms. It could be the stereotypical bro, who insists that tonight is the night he’s “gonna get some” and spouts things comparable to the infamous “save the sluts” Sigma Chi email. It could also be the shameless girl who comes up to flirt with you, but was swapping spit with someone else 15 minutes ago. Call me a prude, but if you respect yourself, I’d suggest avoiding being this person at all costs — you’ll probably just regret it if you don’t.

There are, of course, other types of people one can encounter at your typical college party, like “the over-enthusiastic dancer” or “the person who wants to go to the bars,” but these are the ones I’ve most commonly encountered throughout my three years at the College of William and Mary. I’m just thankful I’ve never witnessed “the fighter” or “the free-style rapper.”

Zach Hardy is a confusion corner columnist and has better things to do than play beer pong.