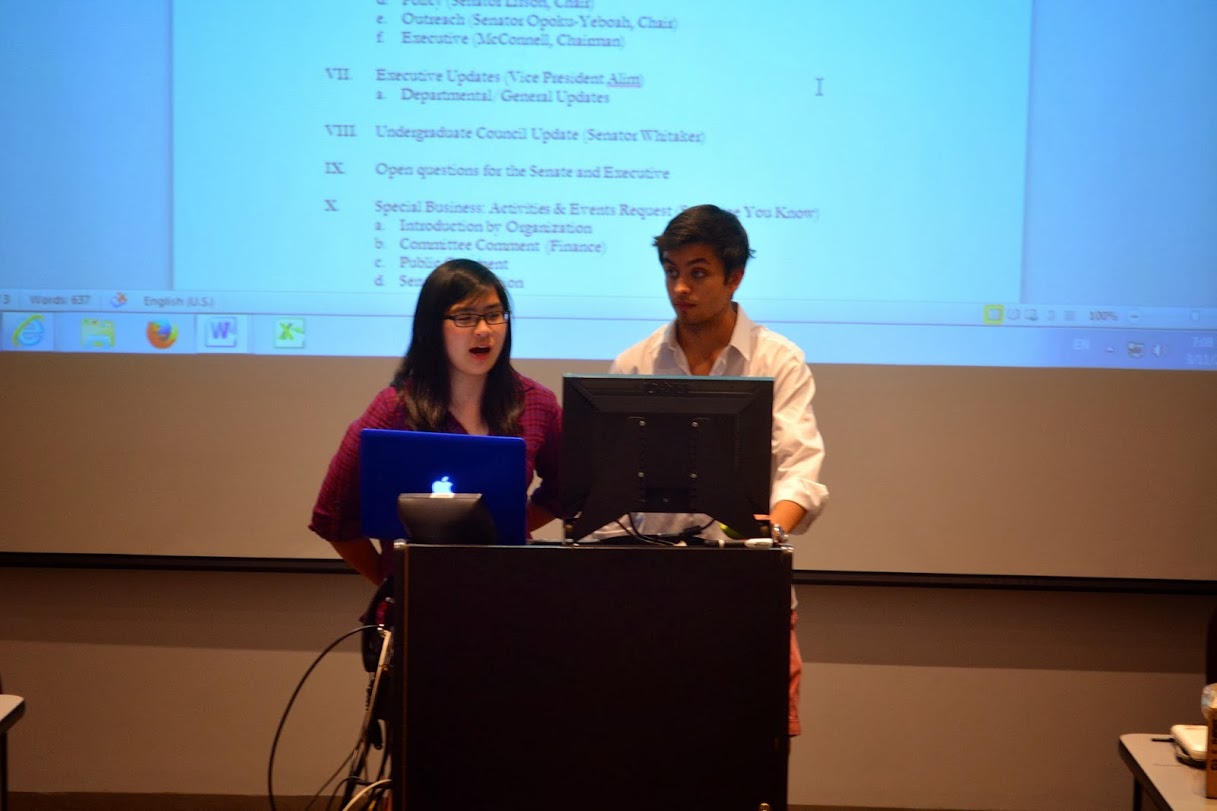 The Student Assembly Senate passed a total of seven bills during their meeting Tuesday night, many of which change or update the SA’s code.

“To kind of start off this fund off, we are reducing the amount that is put in the Competition fund each year,” Sen. Caleb Stone J.D. ’15 said. “We found that [the Competition fund] has been pretty much over-funded this entire time.”

The Executive Appropriations Committee will decide if a group constitutes as a service organization. If they believe that it does, the group will enter the process of obtaining SA funding through the Service Organization fund — a process overseen by the Finance and Budget Committee. The Service Organization funding process will have similar applications and deadlines as the EAC budgeting process. The Language Clarification Act, created by Sen. Gabriel Morey ‘16, which corrects grammar and clarifies the language within the SA’s Code, was tabled during Tuesday’s meeting.

“[This bill is] just a lot of [correcting] the language and syntax,” Sen. Chase Jordan ’15 said. “It’s just kind of just trying to make this grammatically correct, so if the English Department ever got hold of this they wouldn’t want to kill us.”

The bill was tabled after Senators discussed changing the language of the bill to indicate that the Senate approves changes to the Code made by the Historian of the Senate. As Morey was not present to approve the changes to his bill, the Senate decided to table it.

The Senate passed several other bills during their meeting that revised and updated the SA’s Code, including the Judicial Reform Act, The Code Revision Update Act, the Historian Act, the Secretary Act and the WM Fund Act. All of the bills were passed unanimously by roll call.

Vice President Mel Alim ’14 informed the Senate that the Student Assembly’s website, which was part of Koontz and Alim’s platform during their campaign last year, is now operating. The site, which can be found at wmstudentassembly.com, includes information on SA members and their work, as well as current campaign information.

“Website update a year later… the website is somewhat functional,” Alim said. “I still need to make it really aesthetic and upload more content, but you can browse around.”

The Senate currently anticipates that it will vote on the budget for the 2014-2015 academic year during its meeting next week. McConnell extended deliberations over the budget — in accordance with the SA’s code — an additional week, due to the process being interrupted by spring break.

Senators submitted amendments by last Tuesday, which the finance committee will discuss this Sunday. Any amendments submitted later must be discussed on the floor of the Senate and approved by a two-thirds majority during the Senate’s next meeting.