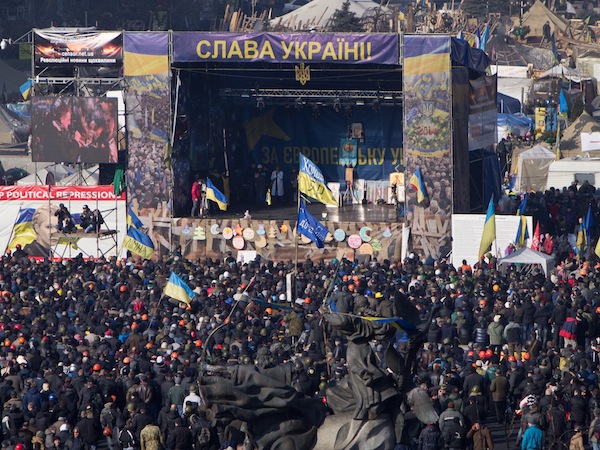 College of William and Mary faculty who specialize in Eastern European Studies agree on at least one thing about the Crimean crisis: little is certain.

The crisis began when the Ukrainian parliament impeached its president, Viktor Yanukovych. Russian President Vladimir Putin considered the impeachment unlawful and, on Feb. 26, Russian troops were deployed along the Crimean Peninsula. The international community sees this as an affront to Ukraine’s autonomy and its ability to resolve its own political disputes. The history of the two countries, however, shows close cultural connections that, College faculty say, influences the current situation.

Associate Professor of Government Paula Pickering said she believes Putin is trying to solidify Russia’s power in the region by controlling Ukraine’s politics. Both Russia and Ukraine were once part of the Soviet Union, and Pickering said Putin feels insecure about Russia’s level of power.

“[Putin] wants to stay in power for as long as he can, and he wants to show that Russia is strong and it’s not going to have the United States or the European Union or anybody tell it what to do,” Pickering said.

Associate Professor of History Frederick Corney said it is hard to know what Putin’s ultimate goal is.

“I think [Putin] was initially reacting to what he saw as disturbing pro-Western re-orientations going on in Kiev, but is now reacting on a day-to-day basis,” Corney said.

Corney said this apparent lack of purpose could have dangerous implications for the security of the region. Random behavior from Russia could send hostile signals to the other European countries that would then treat Russia as an aggressor, Corney said. Such a situation could escalate into open violence between Russia and the EU.

“If, God forbid, the EU were to station troops on Western Ukraine’s eastern border and Russian troops occupied Eastern Ukraine, that would be a scenario that doesn’t bear thinking about,” Corney said.

Post-Doctoral Fellow in European Studies Leslie Waters said she believes the crisis shows how important it is to continue to fund academic research into studying specific regions in the world. Greater understanding of the region would give the United States a greater ability to analyze the events currently unfolding, she said.

“One of the reasons the United States is having such a hard time answering these kinds of questions — and diplomacy seems to be a real problem at the moment between the US and Russia — is because we don’t have enough experts any longer trained in academia,” Waters said.

Going forward, there is no certainty about what Russia will do. Pickering said she was concerned about Russia using military force to impose its will.

“There have been many appeals for Russia to protect peaceful civilians … these appeals will be considered,” the Russian Foreign Ministry said yesterday.

“This rhetoric has been used in the past to justify intervention,” Pickering said. “It is still unclear whether the Russian military might go into parts of eastern Ukraine.”