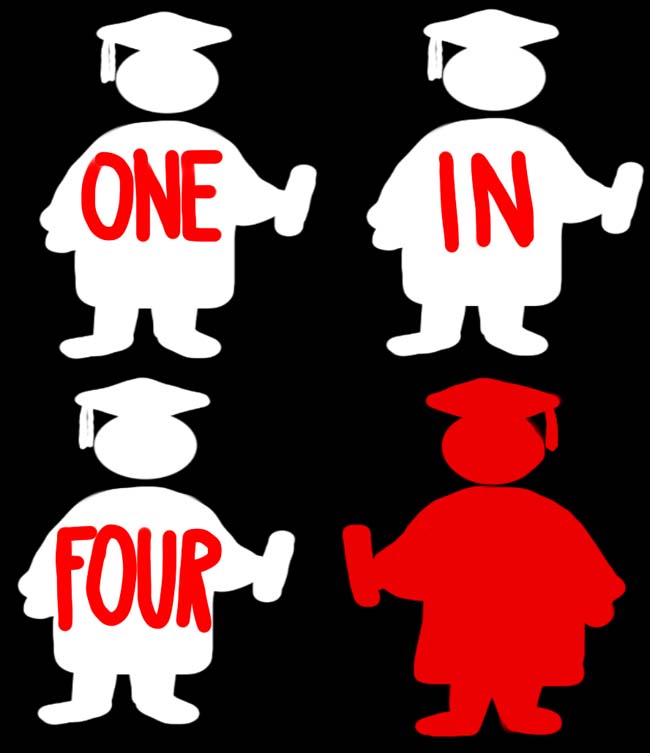 Almost two months ago, The Huffington Post published an email titled “Save the Sluts” written by a student from the College of William and Mary.

Thankfully, our campus community responded. Hundreds of us came together and attended town halls and teach-ins. We agreed that attitudes like those expressed in the email had no place on the College campus. Many of us began a real conversation about how the email was not only repugnant and hurtful, but a symptom of an epidemic of rape and sexual assault on college campuses.

But it’s easy to get distracted. Sometime between midterms and spring break, the email — and the problems it represents — faded from many of our minds. We are a notoriously busy student body, after all, and for many of us, the worries of our personal lives gradually overcame the shock and motivation the email sparked. We now need to realize that just because we lost our focus does not mean that the epidemic has disappeared.

One out of every five college-aged woman will experience rape or attempted rape by the time she graduates. This statistic is not an anomaly — it has been corroborated by many institutions, from the Centers for Disease Control and Prevention to the National Institute of Justice. Althhough rape and sexual assault disproportionately affect women, men are survivors, too. According to the CDC, approximately six percent of men experience sexual coercion in their lifetime. Despite the magnitude of this crisis, barriers to reporting remain high. Insensitive or actively hostile environments discourage survivors from naming and prosecuting their attackers, and the National Research Council concludes that most rapes and sexual assaults go unreported. These statistics will not change if we ignore them.

This week is Sexual Assault Awareness Week. Let’s take this opportunity to refocus our attention on the crisis. The week’s events include a movie screening and a guest speaker from the United States Air Force, and will end Thursday with Take Back the Night, in which survivors and their supporters will share stories of rape and sexual assault on campus. After SAAW, students still have the opportunity to get involved with groups like Someone You Know, HOPE, and William and Mary Stands With Survivors, all of which work year-round to end rape and rape culture on our campus.

Most importantly, even if we don’t join an anti-sexual assault group, we should all commit ourselves to creating a campus community that supports the survivors of rape and sexual assault and intervenes in attacks when they occur. Rape doesn’t stop when we aren’t looking.

Email Someone You Know at someoneyouknow@email.wm.edu