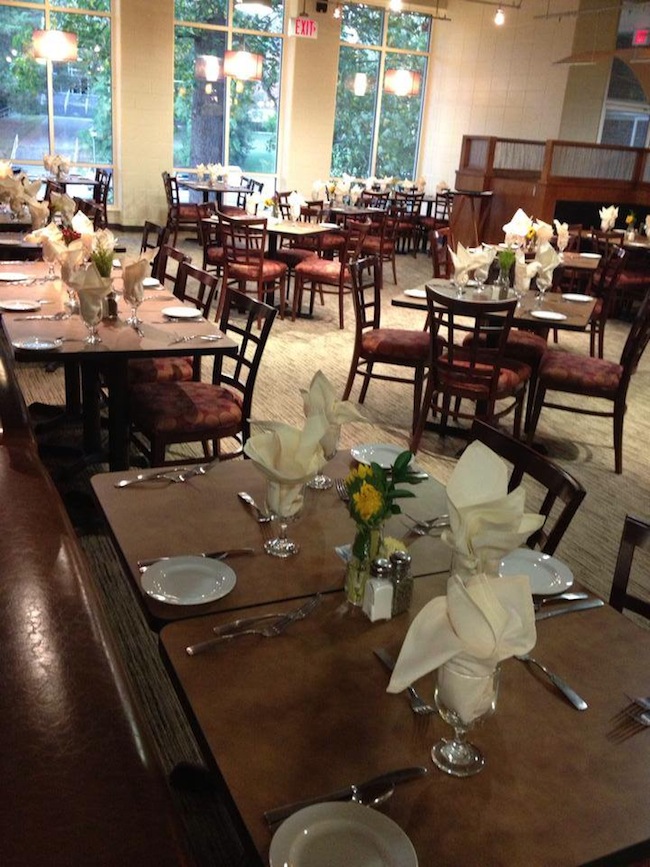 At three weeks into the new school year, small talk typically revolves around how brief summer felt and people being oddly amazed that they’re a year older — even though that’s the way time works. But this year, none of that small talk really happened. The focus of this semester’s small talk has been Sodexo, the new meal plan and Beyoncé.

Okay, I made up that last one, but instead of questions about my summer break (it was alright, you know, I just gained some weight, but I’m working on it, okay?) all that anyone has asked me are my thoughts on the changes to the meal plan. On a scale from one to Obama’s tan suit, these changes are just awful. It appears that over the summer the College of William and Mary decided that the theme of this school year should be: William and Mary: Hunger Games Edition. Well, my name isn’t Katniss, so I won’t be volunteering for tribute. Send Prim, I really don’t care — she could use some character building. I, however, need to eat sometimes and these changes are making it especially difficult.

When I had my first encounter with the new meal plan, I began drafting an email to Attorney General Eric Holder because I was positive human rights violations were going down. The only thing that stopped me from pressing the send button and surely throwing the College into a media firestorm was my happiness over the annual poster sale. I apologize if I let you down, but my room was lacking that Nickelback poster. So fetch.

Like Martin Luther in the 16th century, the following are my 95 Theses against Sodexo. First, where is the Tribe 10 meal plan option? Can somebody please tell Tribe 10 we’re looking for it? Come back to us. For those who don’t know, the Tribe 10 meal plan option offered upperclassmen 10 meals a week and $300 or $400 in Dining Dollars — I’m too distraught to remember exactly. This option, more affordable than the Gold 14, 19 and unlimited plans, was essentially perfect. It was precisely balanced between meal swipes, Dining Dollars and price, but now that it’s gone, oppression is alive and brewing on campus.

Secondly, although I appreciate the creativity of an on-campus restaurant in the Commons Dining Hall, it probably wasn’t the best idea to take away a quarter of the seating options for the roughly hundreds of other students who prefer the buffet option. Lastly, I cannot get down with these overpriced gourmet sandwiches in the Student Exchange. Last week I paid $7 for a prosciutto and cheese sandwich. If you cut out all the red tape, so to speak, that’s a ham and cheese sandwich beneath an Italian facade. I’m aware that the school marginally increased each meal plan’s Dining Dollars, but that buying power is cancelled out by the simultaneous increase in food prices. Yes, William and Mary, I noticed. While these are my grievances alone, I know many other people on campus can articulate several more and are working to get their word out. We may not get Eric Holder’s attention, but the College is certainly listening, hence the return of meal swipes to Marketplace and the overpriced cookie dough to the Student Exchange.

The question I must ask the College is this: If it was that easy to return meal swipes back to Marketplace, why did you take them away in the first place? Was it really necessary? What is the ultimate goal for all of these changes? It seems the Gods of the Dining Halls forgot about the golden rule for change: It’s great in small doses, but shocking and alarming when it happens all at once. For example, I love eating something new for dinner every few days to change up my diet and keep my taste buds satisfied. However, I’ll never just stop eating dinner entirely. The latter is a dramatic and unreasonable change, while the former is a casual and logical change. To quote our favorite Canadian rapper, Drake, the College took these changes “0 to 100, real quick” and has seemingly left us confused and hungry. Look out, William and Mary and Sodexo, because we’re both figuratively and literally hungry for our old options back.

Zoe Johnson is a Confusion Corner columnist who’s going to start a full-fledged petition to revive the Block 10 meal plan. Eric Holder has neither confirmed or denied his involvement.