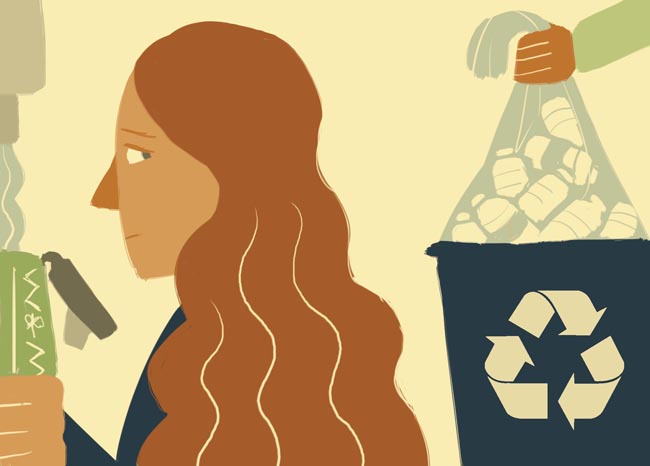 Led by the Student Environmental Action Coalition, the Take Back the Tap Movement aims to spread awareness about reusable bottles on campus and persuade the College of William and Mary to ban the sale of plastic water bottles. While SEAC is far from achieving that goal, it is one that students and administrators should strongly support if we are to make the College more attractive and sustainable.

As the dangers we face from climate change become more destructive and harder to prevent, the College needs to do its part and act quickly. Banning the sale of plastic water bottles is not a panacea, but it is something the College can do that would make a difference.

In addition to drastically reducing the number of plastic water bottles wasted on campus, such a policy might encourage students to become more sustainable on their own. After graduation, students may bring the College’s sustainable practices with them — to their employers, local governments, homes and families.

The ban could also help encourage Sodexo to become more sustainable. Dining services recently started providing coffee mugs at the Sadler Center, which is a step in the right direction — but it could also provide reusable plates and cups at Marketplace. When materials aren’t reusable, Sodexo could indicate whether those materials are recyclable and put recycling bins inside the dining halls. Sodexo has already signaled its willingness to donate extra food to organizations like Campus Kitchens, but it can still do more.

The College itself might consider more sustainable practices in the wake of such a ban. When renovating old academic buildings and residence halls, the College could install better insulation that reduces energy consumption. And as the price of solar energy plummets, the College might consider using it when constructing new buildings.

Although it would take a collective effort from the student body, the ban itself would be a relatively simple policy with a positive environmental impact. Despite the many recycling bins scattered throughout campus, students often throw plastic bottles in the garbage. Those bottles lead to overcrowded landfills and waste disposal problems. Further, the production and transportation of plastic bottles emit carbon dioxide and contribute to climate change. While the ban would not apply to soft drinks, it would drastically cut the number of plastic bottles wasted on campus.

After the initial wave of enthusiasm, SEAC may find students’ interest and passion waning and the administration unresponsive. We urge them to keep fighting for this ban until the College listens.