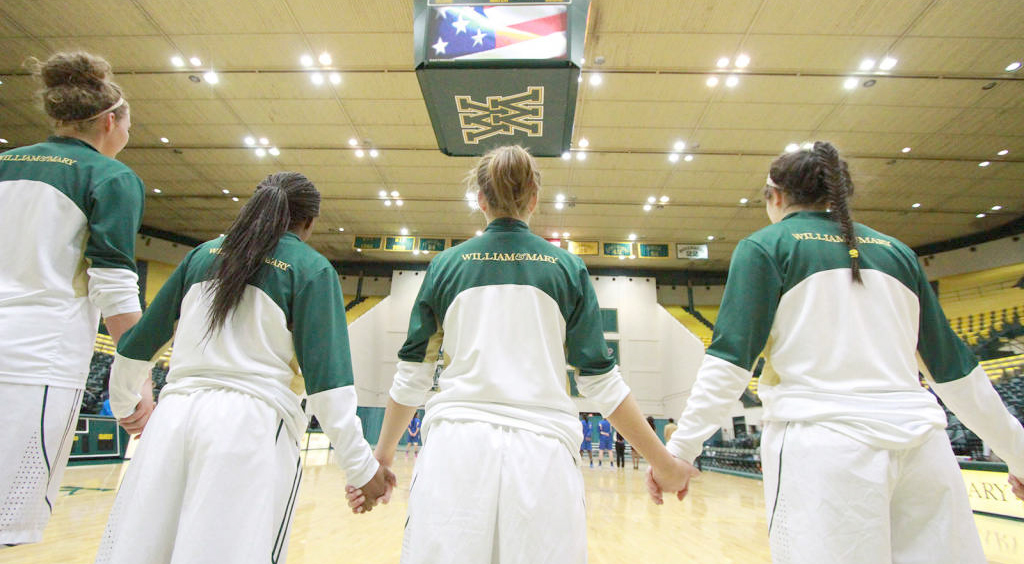 Restructuring is the technical term for what you saw last season. The “process” will enter its second year at Kaplan Arena today against Loyola.

Meet head coach Ed Swanson. If men’s coach Tony Shaver is the genteel reverend tending his flock, Swanson is the diligent, results-driven CEO — the Bain Capital of basketball. Talk to him about his team and you’ll see it in his eyes. The man has a vision to match. For a program that hasn’t had a winning season since the Bush Administration, drastic steps were necessary.

Of the current roster, former women’s head coach Debbie Taylor exclusively recruited only five of the sixteen players. Beyond four seniors, most of this season’s firepower will come from underclassmen. Sophomore guard Marlena Tremba impressed enough last season to win the Colonial Athletic Association Rookie of the Year award, despite the Tribe finishing second to last in the league.

What to expect from this year’s team? Perhaps not too much in the way of wins, but that’s part of the process. In Taylor’s final season, the Tribe went 9-21 and graduated four marquee seniors. Last season, the inexperienced squad went 8-21 in Swanson’s first year at the helm. However, the team split its final six games.

If men’s coach Tony Shaver is the genteel reverend tending his flock, Swanson is the diligent, results-driven CEO — the Bain Capital of basketball. Talk to him about his team and you’ll see it in his eyes. The man has a vision to match.

Patience is implicit in the process, but in the meantime this team deserves attention. Swanson deems his team “blue-collar,” a term perhaps used to disguise a lack of talent, but also a simple statement of fact. Though the College will likely be less physically imposing than most of its opponents, Tribe players embrace the grind that comes with staying competitive. No player better exemplifies the team’s signature hustle than senior guard Jazmen Boone.

Boone’s calling card has always been defense, and she averaged nearly three steals per game last season. Comparing her defensive attitude toward opponents to that of a pitbull to a bone would be, perhaps, too easy. To be Boone on a basketball court is to be in a nearly trance-like state. The captain’s tenacity is often echoed in her underlings, and the Tribe will need that tenacity on-court on the glass.

The College averaged almost 13 fewer rebounds per game than its opponents last season, a catastrophic figure from any angle but especially given that the team recently graduated its top rebounder, Kaitlyn Mathieu ’14. Bridging that gap was Swanson’s primary point of emphasis in the offseason.

Freshman center Abby Randle, along with senior center Mackenzie Morrison, will be expected to carry most of the load, but competitiveness on the boards will require a team effort. Rebounding margins will likely be an accurate benchmark for the team’s overall success, and though it figures not to be as extreme as last season, parity is probably not in sight for at least a few more years in the process.

While its male counterpart will likely garner most of our headlines this season, the College’s women’s team will carry its new vision into each game under Swanson’s leadership: an aggressive up-tempo offense tooled with bombing three-point shooters and an athletic, trapping defense. It might not make for too many wins, but it will be worth watching.

The bull market is not in session just yet, and the CEO will sate himself with confidence in long-term growth and a budding reputation for customer satisfaction.