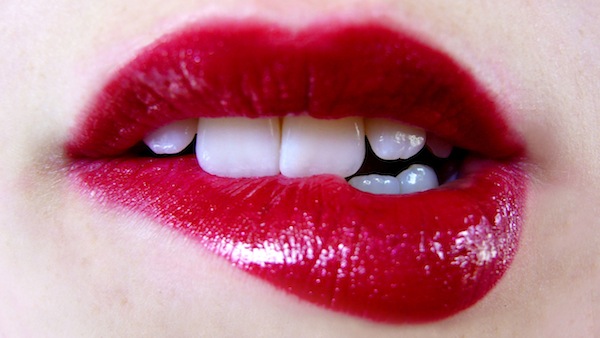 I have something to confess. I can’t stop thinking about oral. Specifically, thanks to the most recent Let’s Talk Sex video, I have oral sex on the brain. Marvin and the students in the video covered all the important points when it comes to using teeth, giving and receiving, as well as the good ol’ ABCs. But if you haven’t figured it out already, I like to give my two cents when it comes to any sex topic. Though my knowledge of oral does not extend to both male and female genitalia, I am more than willing to share my insights on the penis. So, sit back, relax and try to humor me while I introduce to you my blowjob theory.

Start with the erection itself. When you’re getting horizontal with a male boyfriend/friend/Tinder match, an erect penis is a compliment rather than something to shy away from. A hard dick says, “You’re hot. I like you. Let’s get freaky,” while the flaccid dick simply says, “Meh.” And what better way to return a compliment than to reply, “I think you’re so hot that I would like to make you orgasm”? Exactly. There is no better way.

Sucking dick is a powerful move.

Now that you’ve realized the true meaning behind an erection, it’s time to move on to the actual act of giving head. Now, don’t sigh or roll your eyes at me. Giving head is not and should not be considered a chore. Yes, I know, giving oral sex may not provide any sexual pleasure for you specifically, but it’s all about sexual karma. If one gives, one shall also receive. It’s like the Beatles quote that’s so commonly over-used in high school yearbooks: “The love you take is equal to the love you make.” So, take pleasure in giving pleasure because what goes around comes around.

If that’s not a good enough reason to give head, I will offer you another. Sucking dick is a powerful move. Think about it; you have been granted the honor of being privy to the most sensitive part of a man’s body. On top of this, you and only you are responsible for blowing this guy’s mind. That’s right, you’ve got the power. But, as a wise woman once told me, with great power comes great responsibility. Yes, you have the power to give pleasure. With that comes the power to take pleasure away. With that being said, I would advise all to avoid inflicting pain upon the penis. Be nice to the penis. No biting, squeezing or hitting allowed. Exposing one’s genitals to one another takes some trust. It may be unwise to break this trust by showing off one’s jaw strength.

Mallory W. is a Behind Closed Doors columnist who knows what she’s getting her boyfriend for Christmas.