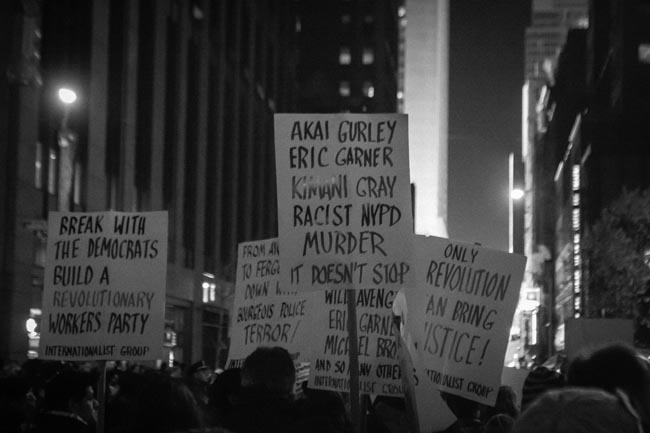 College of William and Mary President Taylor Reveley sent a school-wide email Dec.12 addressing the major events of the deaths of Michael Brown and Eric Garner by police, as well as indirect references to the Rolling Stone article about sexual assault at U.Va. Within his message, Reveley encouraged the Tribe community to be introspective about these happenings while reaffirming the College’s commitment to free speech and peaceful demonstrations.

While Reveley’s words on these topics were certainly constructive, there was virtually no emphasis on the complexity of these issues, particularly in light of how these events have played out since Dec. 12.

Consider the death of Michael Brown. Both The Wall Street Journal and The Washington Post have reported that forensic evidence decisively supported Officer Darren Wilson’s testimony that Brown assaulted the officer. That evidence included a gunshot wound inflicted from approximately six inches away and no gunshot wounds to the back. Naturally, this type of information requires time for analysis before it is released for publication. However, protestors immediately jumped to the conclusion that the incident was the result of racist police action, often disregarding facts from the case in support of their cause. Why?

The answer is simple: We carry these pre-conceived narratives, without regard for case-specific reality, and readily act upon this prejudice. This narrative: Police discriminate against minorities.

Certainly, there is some substance to this generalization. Reveley alluded to the statistic that a black person is roughly four times as likely to be killed by police as a non-black person. However, this is only half the picture.

Each side uses statistics to justify its position.

Neverthless, there are signs in Tucker Hall that read, “Darren Wilson: Wanted for Racist Murder.” For college-educated students, this rhetoric is appallingly ignorant.

Each case should be taken on its individual merits. According to a USA Today poll, 57 percent of Americans believe the officer involved in the Eric Garner case acted imprudently. I agree. That case merits protest. But the Michael Brown protests, with the willful separation from reality and occasional violence, overshadowed the Garner case and distracted the American people from a serious incident of police misconduct.

The Rolling Stone article has the same issue. The ongoing campaign against sexual assault on college campuses was severely hurt by an article that had little to no fact-checking whatsoever. The Columbia Journalism Review awarded Rolling Stone “Worst Journalism of 2014.” The friends cited in the article are speaking out against the magazine, which has since apologized.

But we blindly accepted the article at face value because it confirmed our preconceived notions.

This leaves people hurt by false accusations, critics with more justification for their disbelief and good causes overshadowed and hurt by blind adherence to prejudiced perceptions.

Reveley is right. We should be introspective and look at what we can do personally to solve these kinds of problems. But when we use our free speech, we need to do so responsibly, and that means sticking to the facts.