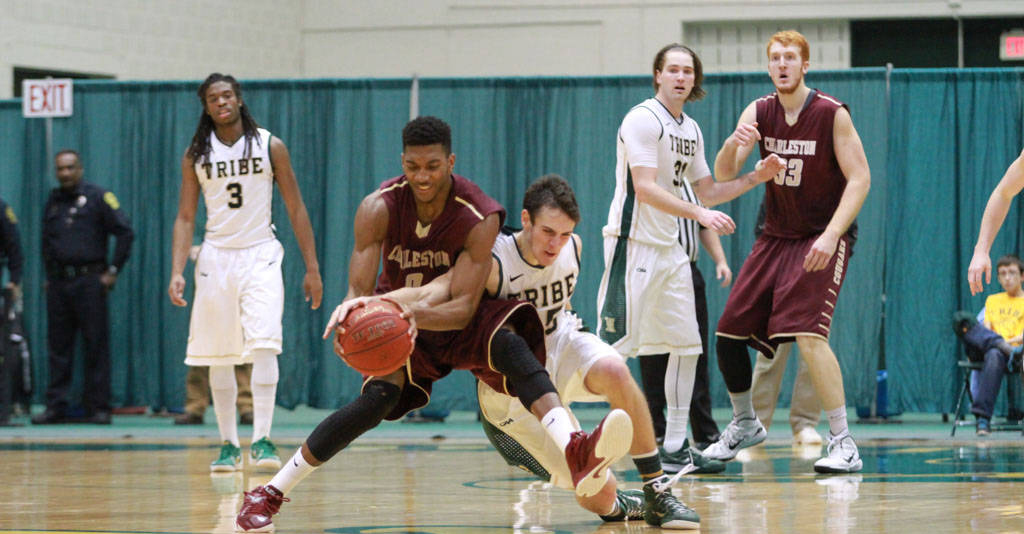 Standing alone atop the conference standings and in the midst of an 8-2 run in its Colonial Athletics Association schedule, William and Mary entered a road matchup against last-place College of Charleston with a full head of steam. The Cougars, however, threw a wet blanket on the Tribe’s recent streak, rallying from a 10-point first-half deficit to hand the College an 80-72 defeat Thursday in Charleston, S.C.

The Cougars (7-17, 2-9 CAA) have struggled all season, and appeared to be no match for the Tribe (14-8, 8-3 CAA) going into the game. The College hammered Charleston 75-45 at Kaplan Arena Jan. 3. But Thursday, Charleston shook off a slow start and inhibited the Tribe’s offense enough to secure the upset and strip the College of its first place position in the CAA.

The game started favorably for the College, as the Tribe jumped to a 16-6 lead six minutes into the contest, sparked by six quick points from senior guard Marcus Thornton. Charleston responded, however, by strongly defending its home court, storming back from the early deficit and taking a 35-32 halftime lead. After hitting eight of its first 11 shots, the College missed 12 of its next 16 and bricked four free throws as its double-digit lead evaporated. Charleston held the Tribe scoreless in the final three minutes of the first half to seal its halftime lead.

The Tribe generated a typical amount of open shots but simply failed to knock them down.

The College continued to struggle after intermission, failing to hit a field goal in the first seven minutes of the second half as Charleston built a 53-43 lead. Senior forward Tom Schalk’s layup put the Tribe on the board, but the College’s offense continued to struggle. The Tribe generated a typical amount of open shots but simply failed to knock them down. Junior guard Terry Tarpey scored on consecutive possessions to pull the Tribe within eight, but Charleston’s Canyon Barry hit a three-pointer to stretch the Cougars’ lead to 58-47 with 10 minutes left in the game. Barry, whose father is National Basketball Association Hall of Famer Rick Barry, scored 19 points to lead Charleston.

Over the next several minutes, the College whittled at Charleston’s lead and Thornton closed the gap to 65-59 with two free throws. But each time the Tribe appeared to make a run at the lead, the Cougars answered with a score of their own. Charleston’s defense excelled in the second half, limiting the Tribe to just one three-pointer and holding the College to 39 percent shooting after halftime. The game effectively ended with two minutes remaining, when Charleston answered Thornton’s missed triple with a three-pointer that stretched the lead to 71-61. Charleston hit eight free throws in the final minute to seal the 80-72 win.

Sophomore forward Omar Prewitt led the College with 22 points on six of 11 shooting, while Thornton chipped in 15 points and three assists. Tarpey finished with 12 points and eight rebounds, but no other Tribe player scored in double-figures. The College mustered just 22 points in the paint to the Cougars’ 28.

The College is currently tied for first in the CAA with UNC-Wilmington and Northeastern, but the Tribe will look to recover from the loss when it faces UNC-Wilmington Saturday. Tip-off is set for 8 p.m. in Wilmington, N.C.