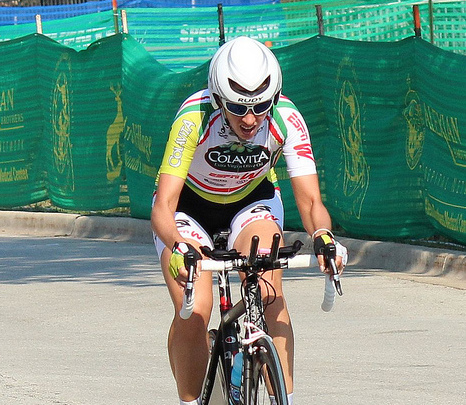 This past week the College of William and Mary’s Bicycle Initiative hosted a screening of the documentary “Half The Road: The Passion, Pitfalls and Power of Women’s Professional Cycling” in the Commonwealth Auditorium of the Sadler Center. After the screening, there was a question and answer session with the director of the film, Kathyrn Bertine, who is also an Olympian cyclist, author and women’s rights activist.

The film consisted of a brief history of women’s place in pro-cycling, as well as the challenges women cyclists have faced and face today when working to attain equal treatment in the sport. The documentary addresses the roadblocks placed by the Union Cycliste Internationale, which has hindered the progress toward equality for women cyclists.

The UCI has placed limits on the time and length of women’s races because of their notion that women have “limited physical capabilities.” They have refused to include an accompanying women’s race with the men’s races, provided fewer racing opportunities for women than they do for men, refrained from featuring women in UCI racing events, and set no minimum wage pay for professional women cyclists.

The UCI has placed limits on the time and length of women’s races because of their notion that women have “limited physical capabilities.”

During the question and answer session after the screening of the documentary, Helen Murphy, assistant professor of biology at the College, asked about the structure of the UCI. She also discussed the possibility of finding loopholes to help break free and continue professional cycling careers without the stressful, systematically set inequalities put in place by the UCI.

“There has been a lot in the media about the NCAA, and it’s just about these weird Mafia-like organizations controlling these sports. That’s why I was wondering if there was some governing body that could somehow be in control of UCI,” Murphy said. “I was also thinking, if it is European-based, couldn’t there be some human rights thing with the EU? I think it’s just absurd that they can make whatever rules they want to.”

Bertine further explained to Murphy that these setbacks have been systematically set in place by the UCI, which has a monopoly over the cycling world and control over qualifying cyclists for becoming Olympians in the sport. Because of this, there is no way to go around the system; cyclists can only change the system in place.

Murphy spoke more broadly on the presence of gender discrimination.

“It is 2015 and there are still misconceptions about the differences in male and female physical ability,” she said. “There is this sort of systemic inequality, financial inequality, but the fact that there are still these myths that women can’t, like, exercise hard is just absurd.”

According to Brianna Buch ’15, a member of the Bike Initiative Committee, the committee first learned of Bertine and her work through a fellow member, and they worked for nearly a year to bring her to the College.

“The ultimate decision to bring her to campus was directly in line with our mission and streamlined with our other ‘behind the scenes’ work to create a cycling-friendly culture at William and Mary,” Buch said. “We intended it as a way to reach out and connect with the community about our passion — cycling.”

During the question and answer session, Bertine was asked to share advice for those who wish to help with the fight for justice and equality. She emphasized surrounding oneself with like-minded people and pushed the fact that anyone has the power to help deliver change. She also emphasized that the key is to never give them a reason to say no.

“Don’t ask for a change when you don’t have an idea of how to make it happen … it’s all about the plan,” said Bertine.

Women cyclists have most recently been fighting for a women’s field in the Tour de France. They have received one day in the event but, according to Bertine, this is not the end of the fight.

“Don’t ask for a change when you don’t have an idea of how to make it happen … it’s all about the plan.”

“We are trying to get them to see the value of multiple days,” Bertine said. “From the activists’ perspective, we have to celebrate that we have one day but find a way that will support multiple days. The snowball is what we want to keep rolling and not melting.”

Most event attendees appeared to have a positive response, and many seemed to repeat the word “inspiring” when describing Bertine’s documentary. Buch had a similar reaction.

“I was unfamiliar with Kathryn’s story before the committee discussed bringing her to campus” she said. “After the event, however, I am convinced her visit had a tremendous impact on students, community, staff and more. The message of how to create change and fight for what you believe in resonated whether or not you were a cyclist.”