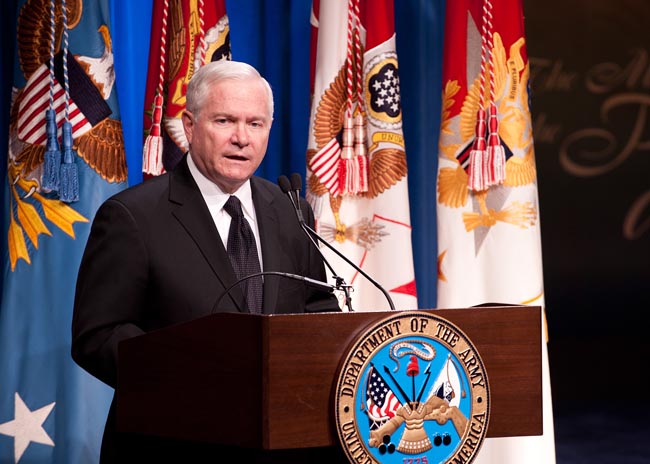 I think I’m not overestimating our friendship when I say I’ve got some personal advice for you, from one griffin to another.

Don’t you remember me? We had a personal chat last year, and I feel like we really got to know one another. You told me not to worry about failing in life, because you got a D in calculus your freshman year and you learned from it.

We laughed when you told me how upset you were when the Senate failed to confirm you as head of the CIA the first time you were nominated, and I felt like I could really relate to that feeling because just that morning I had been planning on eating tater tots but it turned out the cafeteria was only serving hash browns.

Sure, our conversation was actually an open question-and-answer session, and, yes, there were 300 other people in the room, but I have a feeling I’m speaking for both of us when I say that what we had was meaningful. After all, give or take a few Boy Scout badges and a Presidential Medal of Freedom, and you and I are basically the same, Mr. Gates.

That’s why I think I’m not presuming anything when I say it’s time for you to seriously consider running for President of the United States of America.

I understand that the presidency has never seemed appealing to you. You’ve been asked, on occasion, to run in the past and you have turned it down — and not in the way that presidential hopefuls turn down offers they are simply waiting to accept later in the campaign season. When Sen. Harry Reid asked if you wanted to be vice president under President Barack Obama, you almost laughed him out of the room, according to your autobiography.

But in public service, as you know, it’s not all about what you want to do. It’s about what would be best for the country. In that sense, I think it’s important that you run — and I think you could win.

You are the Democrats’ trump card in this election (thank God you’re not Donald Trump): what they are putting up to bat, you match and exceed. Assuming for a moment that it’s Hillary Clinton who runs, you would be facing a high-level cabinet secretary with close ties to the presidency and the best possible name recognition.

Hillary’s biggest flaws? She’s too political, to the point of spawning conspiracy theories reminiscent of “House of Cards”. She supported the Iraq War and yet avoids speaking about the issue. She manages to be plagued by scandal in spite of (and, in the case of her private email server, perhaps because of) her cadre of cynical political advisors.

You’re the opposite. You hardly have a political bone in your body at this point. You don’t even want to be president. Far from being involved in scandals, you are the guy people call in when they need to be scandal proof. While Hillary Clinton is closer to one president than you ever will be, you have advised eight. You’ve received praise from both President George W. Bush and President Barack Obama.

That’s why you ought to run as a Democrat. We on the left are hoping for somebody — anybody — to shake up this election before it becomes inevitable, and you are the best person to do it. As a former president of Texas A&M University, you may even help us turn Texas blue.

If you have doubts about your electability as a Democrat, remember that you could have been President Barack Obama’s vice president. Wouldn’t it be better to be his successor?