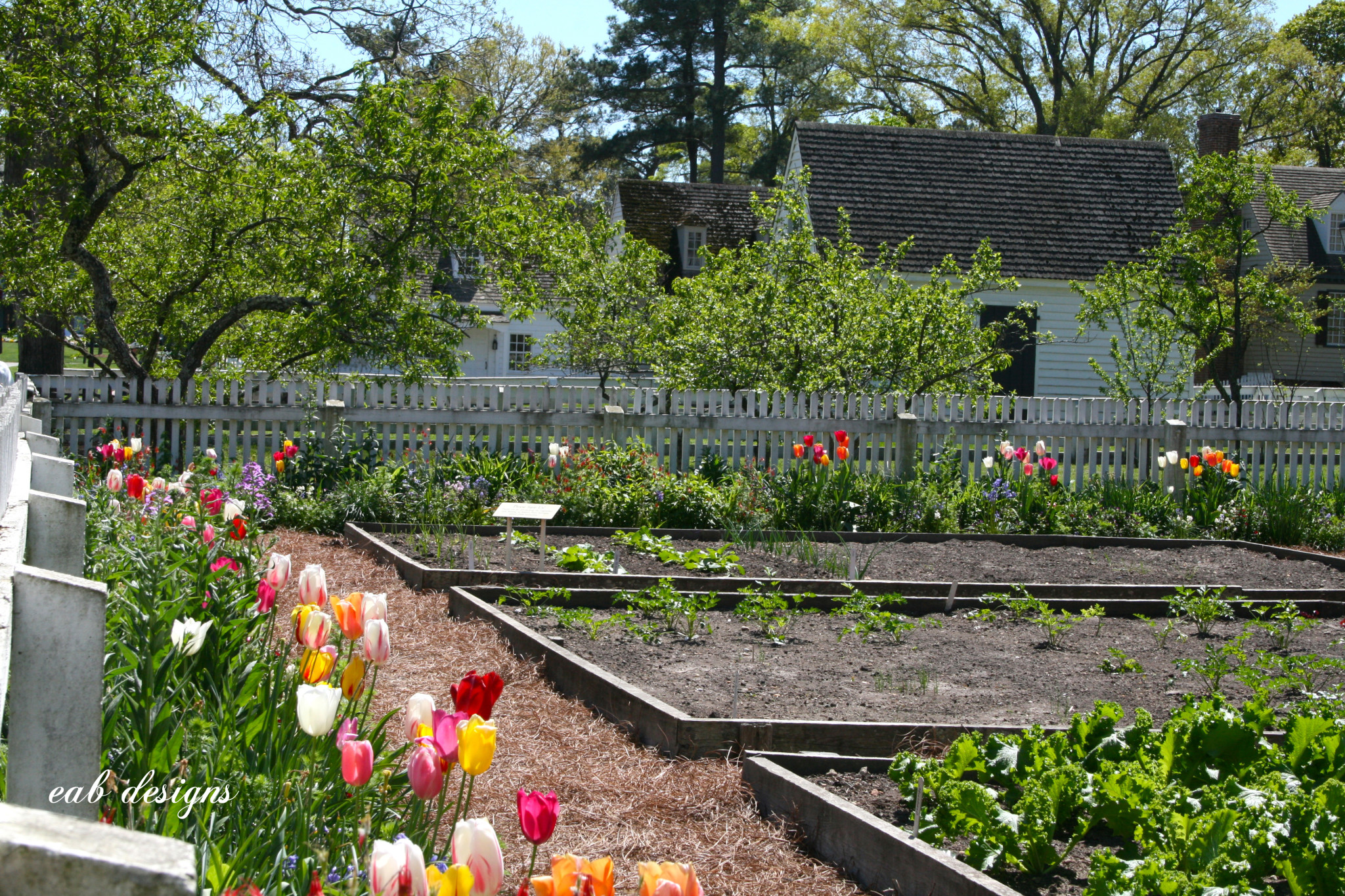 The Colonial Garden Shop on Duke of Gloucester Street is a step back in time. A small plot with paths made of crushed oyster shells is littered with wooden wheelbarrows, and some planters are covered with glass domes to protect them from the frost. Wooden markers next to each plant with handwritten script differentiate “Roman Broccoli” from “Cauliflower Broccoli.”

The shop is open year-round, only closing when temperatures dip below 40 degrees. The gardener, Wesley Greene, rotates plants every month except for January. Now, with temperatures rising, the busiest planting season is in full swing.

Tina Harsley, who has worked in the garden shop since October, says she especially enjoyed working during Christmastime.

Harsley mentioned that she learns a lot from the customers as well as from Greene, as many of them share a passion for gardening—something she only had prior experience with from tending to her own garden at home.

Kids are often sent home with fruits and vegetables from the garden.

Greene founded the Colonial Garden Shop in March of 1996. For 15 years before that, he served as landscape supervisor for Colonial Williamsburg. Greene has a degree in botany from the University of Maine and enjoys sharing his knowledge with new generations.

The Garden Shop welcomes students from The College of William and Mary to apply for a 10-12 week summer internship where they assist Greene and learn about colonial gardening techniques. Greene also currently has two apprentices and says he is working on finding his successor, as he plans to retire in June 2016.

Greene tries to focus on kids as much as possible, saying it is important to get the entire family involved and interested in learning. He encourages the younger visitors to draw water from the well, water plants using watering cans and pick caterpillars off of melons. As a reward, the kids are sent home with fruits and vegetables from the garden.

Amber Poole, another Garden Shop employee, has been working at the shop since May and says there are big takeaways from her job.

“You learn what they grew during the different seasons, and there are different varieties of plants now,” Poole said.

Greene is devoted to finding the heirloom varieties of plants that existed in the pre-1800s era. Some 18th century plants were inferior to the plants bred and developed in more modern times, and as a result became extinct and replaced by more desirable varieties. Greene used a cucumber as an example of this type of plant.

“The cucumbers grown in the 18th century would now be seen as only suitable for pickling,” Greene said.

However, through a network of university professors, nursery owners and other botanists, Greene has been able to track down colonial plants that he thought had disappeared. Many of these plants have been traced to a lab in St. Petersburg, Russia, and other heirloom varieties have turned up in labs around the world.

Once the plantings are found, they are cultivated in the Colonial Garden Shop using only tools and techniques known prior to the 18th century.

“Many visitors think there are secret organic methods of pest control, but the truth is that in the 18th century, the pests hadn’t gotten there yet,” Greene said.

Unlike his contemporaries who can control the environments in which they work—the Colonial Williamsburg blacksmith, the culinary workers in the demonstration kitchen—Greene cannot.

“I can’t control what flies in here,” Greene said, referring to his garden plot.

As a result, he has to modify his techniques slightly from the colonial traditions to deal with modern pests. For example, Greene will often use a piece of cheesecloth to cover a melon, whereas that technique was not needed in the 18th century.

Greene, whose favorite plants are “whatever’s in season,” encourages students to apply for the summer Garden Shop internship through the Colonial Williamsburg website. He enjoys passing along his knowledge and aims to preserve colonial horticulture for generations to come.