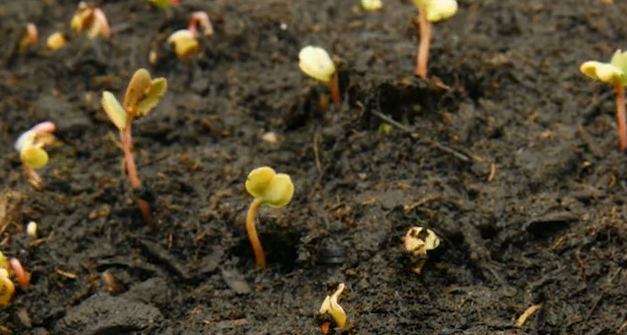 The idea to create a farm in the bed of a pickup truck sprouted from the desire of Jes Carr ’15 and Nicole Broder ’15 to inspire enthusiasm toward sustainable agriculture. The pair of College of William and Mary students has launched a Kickstarter campaign for their “Tribe Truck Farm” and is hoping to receive enough donations to support their project.

“Truck Farm is the idea that you can create a sort of micro-farm in the back of a pickup truck … [to grow] a little mini-garden back there,” Broder said. “And what makes Truck Farm really unique and a really cool educational tool is that it’s mobile, so then it can be used as an outreach tool, both on the William and Mary campus … but also in the community.”

While conducting independent research on urban agriculture in the United States and Uganda, Carr watched a documentary by Ian Cheney and Curt Ellis entitled “King Corn.”

“Ian Cheney started this thing called Truck Farm in Brooklyn,” Carr said. “I told Nicole, ‘This is so cool. We have to do this. I really want to do it at William and Mary.’”

Broder shared Carr’s enthusiasm for the idea, having grown up spending time outdoors and gardening.

“I really value … being able to go outside and pick some tomatoes and put them on your salad … and just that experience, I think, is something everyone should be able to have, regardless of where you live,” Broder said. “Showing people that is … possible is a really cool idea.”

Carr and Broder hope Truck Farm can be a catalyst to help others think differently about the space in which they live and the food they eat.

“It’s taking an unconventional space and changing it into something new and innovative,” Carr said.

Both sophomores want people to understand where their food comes from.

“Everyone has ownership over their food and the food process,” Broder said.

Promoting this accessibility is a large component of Truck Farm’s ultimate educational goal.

“Making the whole process more transparent, or at least taking the step so they want to find out about it — maybe you do want to change your eating habits, maybe you can’t right now, but becoming more educated is the first step,” Carr said.

While there are a handful of other Truck Farms around the United States, this would be the first one based in a college campus.

“That is also sort of exciting to us, because we think it is really well suited to this sort of small community, as well as to the small space we have on campus,” Broder said.

The pair has plans for the Truck Farm to be used by the on-campus community, as well as an outreach tool for the greater Williamsburg area.

“Once it’s started, it’s not ours really, anymore,” Carr said. “We want it to become William and Mary’s Truck Farm and more people to get involved.”

Carr and Broder are hoping to include not only Campus Gardens, but also service groups at the College, such as Circle K International and organizations that work with children in at-risk neighborhoods. The pair hopes Truck Farm will be used as a creative way to teach children not only about sustainable agriculture, but also about alternative energy and composting. They hope to make the Truck Farm fully sustainable by having it run off of waste vegetable oil from local Williamsburg restaurants.

“During the winter months we want the truck to have compost in it,” Carr said. “… [so] the outreach in the winter months would be about composting and still about sustainability and agriculture, and then we would start planting and teaching more about growing things and do activities like that with middle school or high school students in addition to the William and Mary campus.”

As far as long-term plans go, Carr and Broder hope the Truck Farm will be integrated into plans for the Eco-Village or incorporated into a new or pre-existing seminar on sustainability at the College.

The Kickstarter campaign requires all $15,000 be raised in less than two weeks for Carr and Broder to receive any of the money.

“We’re just really excited, and we really want this Kickstarter to go through, but even if the Kickstarter doesn’t work out …” Carr said.

“We are determined to do it anyways,” Broder said.

The friends have made it clear that they will not give up on their vision to grow a community that is more actively engaged with their environment.