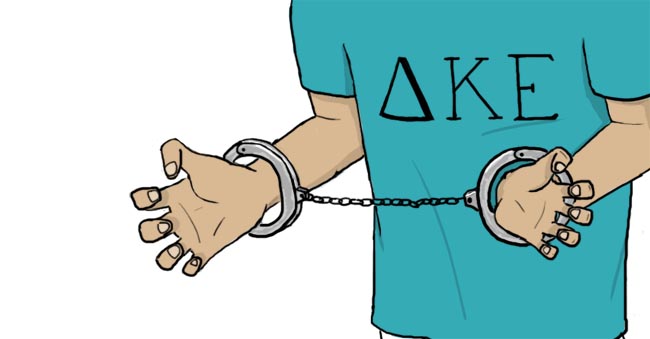 February 19th, Delta Kappa Epsilon and its alumni organization announced they would be suing Wesleyan University over a policy they claim is discriminatory. The policy requires all Wesleyan fraternities to admit women as both members and residents. While Delta Kappa Epsilon had been voluntarily taking steps to achieve this goal, the university still revoked their housing program status on the basis that those steps were not “meaningful.”

Whatever Wesleyan’s reasoning, the concerns expressed by the fraternity members, along with their justifications for the ongoing lawsuit, raise serious questions about the university’s policy.

The fraternity’s members have asked: what makes them different? According to the lawsuit, Wesleyan provides a variety of specialized housing options, including the Light House, a Christianity-focused residence; the Turath House, for Arab, Middle Eastern and Muslim students; and the Women of Color House, for those “committed to women of color issues on campus.” From these examples alone, one can see a wide range of interests represented, based on religious, cultural and ethnic identities. Why is an all-male housing program (at least in a Greek-life context) targeted?

The answer to this question can be found in the motivations for the policy: in an attempt to address the issues of sexual assault and safety, the university focused on fraternities. However, even if the policy had been executed fairly and without complaint, the university’s “solution” is both extreme and ill-fitting. The message it sends is clear: fraternities in their traditional form are the problem, and therefore, must be transformed. Wesleyan ascribed sexual assault to the fraternity environment and acted. Would they have acted so broadly and indiscriminately if the issue and the affected organization were different?

More importantly, if the fraternity wins the lawsuit, Wesleyan may lose more than their policy — they may lose an originally willing partner in its fight for student safety. What organization would want to work with their university when it’s clear the university equates fraternities with sexual assault?

This isn’t the first time this issue has arisen. At the University of Virginia, after the lodging of a horrific, yet since debunked, accusation of gang rape against members of a fraternity there, strict new guidelines were imposed for fraternity parties, and sorority members were barred from fraternity events by their national chapters. Both attempts at combatting sexual assault were met with complaints similar to the ones at issue here — that they treat the presumed innocent as guilty, paint with far too broad a brush and create divisions where there could be dialogue. If universities really want to tackle the issue of sexual assault on campus, they need to work with Greek organizations in good faith, not against them based on stereotypes and the passions of the moment.