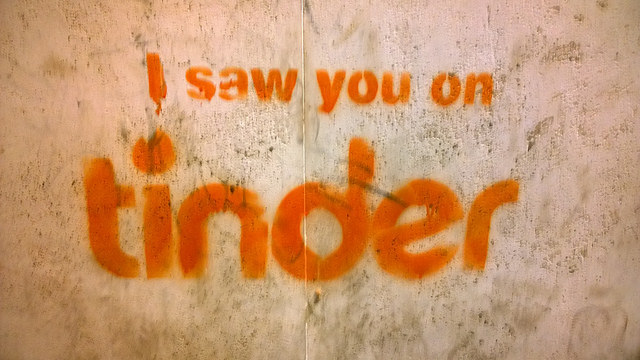 In sixth grade, my best friend “went out” with a boy all year, only to suffer heartbreak when he posted on AIM: “Do I want a companion for the summer? …Nah.” She proceeded to find her current boyfriend only two years later, and they’ve been together ever since, even sticking by each other’s sides through those awkward braces-and-acne years. I wasn’t so lucky.

The demise of dating has been documented both by respectable publications (CNN, “The New York Times” and Elle Woods’ Bible, “Cosmopolitan”), as well as the marked rise in hookup apps masquerading as matchmakers. The takeaway: the idea of traditional dating — think Sandy and Danny in “Grease”, minus the musical numbers and excessive hair product — is dead. Done-zo. Kaput. This means floundering for alternatives, namely casual hookups and the “dating” apps that encourage them.

You know things are bad when you think you’ve found the one after he asks you what toppings you like on your Chipotle burrito bowl.

Admittedly, I gave Tinder a shot this summer. More telling than the numerous requests for explicit photos was my lack of surprise in receiving them; you know things are bad when you think you’ve found the one after he asks you what toppings you like on your Chipotle burrito bowl.

So what’s to blame: our generation’s cultural mindset on romance, or perhaps the technology we’ve grown accustomed to having? I’m certain that I can blame Google for some of the cringe-worthy opening lines I got on Tinder (a sampling: “My third favorite thing to eat in bed is pizza”), but it’s difficult to point to a direct cause.

Are we simply too busy with school and work to put effort into a relationship that goes beyond “Netflix and chill ;)” and other thinly veiled booty calls? Or maybe we’ve been desensitized completely by a dating process that began with AIM going-away messages as relationship statuses, and we lack the communication skills necessary to initiate a real-life date.

Personally, my palms sweat at the mere thought of making a phone call and hearing a real human voice on the other end, and not even texting is an anxiety-free experience.

It’s now a competition of “Who Cares Less,” a game in which one attempts to appear simultaneously ambivalent and interested. An alternate name is “This Is Impossible, and I Hate It.” Even defining the relationship is far from a given. Gone are “going steady” pins and rings; it’s a miracle if you reach a label more concrete than “we’re talking.”

Maybe this is simply the wave of the future, and I’ve watched too many Katherine Heigl movies to have realistic expectations about romance, but I can’t help but think that earlier generations had it right. Bring back dinner and movie nights, awkward “define the relationship” talks, and most importantly, honesty! If you take away nothing else from this article, remember never to tell a girl that what you have is real only to break her heart with a cold-as-ice AIM status.

Cameron Murphy is a Confusion Corner columnist who enjoys Netflix and chilling in a literal sense. She is not on Tinder.