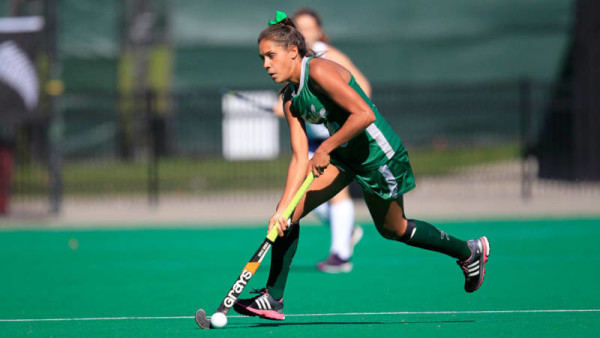 William and Mary (1-1) can take solace in the fact that it has quite a few collegiate neighbors struggling against the Lock Haven Eagles. With the lopsided 3-0 victory over the Tribe on Friday at Charlotte Smith Field in Lock Haven, Pa., the Eagles are now 4-0 against Virginia college teams since 2013.

In the opening game of the Lock Haven Invitational, the College defense held the Eagles early, but surrendered the first goal off of a penalty stroke with just two minutes remaining in the first half. On the offensive side, the Tribe drew five penalties and shot five times in the first period, but could not turn its opportunities into goals.

After the break, the College began to falter as Lock Haven continued to apply offensive pressure. The Tribe’s shot count dropped from five in the first half to just a pair in the second. The Eagles cleaned up their defense, giving up just a single penalty in the back half, while the College committed four.

With 10 minutes to play, the Eagles (2-0) struck for the throat, driving in a goal off a deflected shot at the 60-minute mark of the game before adding an insurance goal just two minutes later. Senior goalkeeper Meredith Savage rejected six shots over the course of the game, but with the inexperienced defense in front of her, Savage was overwhelmed by the constant Lock Haven offensive opportunities. The Eagles triumphed over the visiting Tribe by a 3-0 mark. Lock Haven advanced to defeat Ohio in the tournament finals by a 2-1 mark.

Sunday’s matchup against St. Francis (Pa.), in the consolation bracket of the Lock Haven Tournament, offered a chance at redemption, of which the Tribe took full advantage. St Francis (0-2) skidded into the 2015 season with a 2-0 shutout by Ohio, followed by a dismal performance against a resurgent Tribe attack en route to a 4-1 victory for the College.

The Tribe gradually kicked into gear against the Red Flash, notching the first goal of the season at the 25th minute by virtue of a near post shot by sophomore midfielder Erin Menges. The tally marks Menges’ fourth career goal. Courtesy of saves by Savage and sophomore defender Booter Ellis, the Tribe preserved the early 1-0 lead entering halftime. Ellis’ defensive save marks her second of the season.

With the second half, the College’s offensive barrage of the goal began to show results, spearheaded by the efforts of senior forward and captain Pippin Saunders. Seven minutes into the second half, Saunders sliced up the middle of the Red Flash defense and fired a shot past the far post into the net. After her positive experience with the first goal, Saunders repeated her scoring act eight minutes later, firing the pass from junior forward Olivia Hajek into the goal. With the additional four points gained by her two goals, Saunders’ 72 career-point total catapults her into the top-10 in school history for total points.

With the additional four points gained by her two goals, Saunders’ 72 career-point total catapults her into the top-10 in school history for total points.

The 3-0 lead didn’t last long, as the Red Flash finally showed some life with a quick strike at the 56-minute mark. However, the Tribe quickly reestablished the lead with another score in the 60th minute off the stick of sophomore forward Emma MacLeod, last season’s Colonial Athletic Association Rookie of the Year. Menges provided the assist to MacLeod. Savage persevered through three more shots and three penalty set plays to secure the 4-1 win for the Tribe.

Up next for the Tribe is a pair of weekend home games at Busch Field: Ohio (1-1) Friday night at 7 p.m. and Central Michigan (0-2) Sunday at noon.