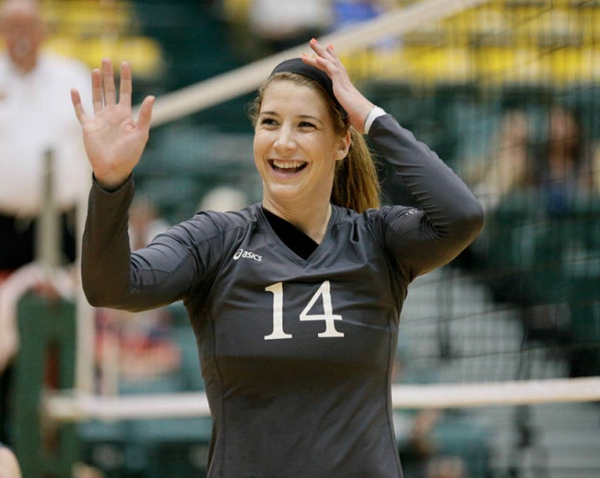 Squaring off against two of the top three teams in the Colonial Athletic Association was never going to be an easy proposition for William and Mary (8-15, 2-8). However, comprehensive defeats this weekend at the hands of James Madison (21-3, 11-0) and Towson (21-4, 8-3) left much to be desired.

Despite a less than stellar start to the season for the Tribe, the College had hoped to get back to their winning ways against the Dukes, who had narrowly beaten William and Mary in Williamsburg earlier this season. Friday, however, the victor was clear, as James Madison defeated the College in straight sets.

Spurred on by Janey Goodman’s 18 kills and Sarah Patterson’s 30 assists, the Dukes comprehensively outplayed the Tribe, gliding to a 3-0 finish after a tense first set. The Monarchs posted a hitting efficiency of 24.8 percent. Meanwhile William and Mary struggled to attack, tallying only 4.5 percent hitting efficiency in the second set. Senior Dessi Koleva and sophomore Sydney Biniak led the Tribe offensively with 12 and 11 kills respectively, while freshman and reigning CAA Rookie of the Week Heather Pippus contributed eight.

After their disappointing result in Harrisonburg, the Tribe headed to Towson in search of redemption. One player had her eye on etching her name into the William and Mary history books. Entering Saturday’s game, senior Carolyn Albright needed only 3 blocks to reach 400 in her career, a mark that only 3 other Tribe players have reached in the school’s history.

In the third set, Albright recorded her third block of the game, making her the first since Caitlin Geraghty ’06 to achieve 400 career blocks.

In the third set, Albright recorded her third block of the game, making her the first since Caitlin Geraghty ’06 to achieve 400 career blocks. The all-time record seems far off, as Anna Agbe-Davies ’93 racked up 547 blocks during her career, but Albright will go down as one of the Tribe’s most accomplished players.

The block led to an attack error by the Tigers’ Jocelyn Kuilan, taking the score to 18-16 in favor of William and Mary. The Tribe looked poised to take the lead after trading the first two sets. Towson called a timeout, and after Albright notched another kill, the Tigers finally broke Koleva’s serve to stop the bleeding at 17-19.

Towson clawed their way back into the set, tying it at 21-21 before riding four late kills from Haley Pa’akaula to earn a 2-1 set advantage. After the break, the Tribe crumbled and lost the fourth set 25-15 to fall to 2-8 in the CAA.

Koleva delivered another solid performance against Towson, tallying 12 kills and 14 digs, while sophomore Austyn Ames and junior Gabrielle Pe contributed 23 and 21 assists, respectively, to get the College attack going.

As a unit, William and Mary has shown that they can be competitive. They won the second set against Towson 25-16 by posting a 31.2 percent hitting efficiency. In their 32 attempts to attack, they converted 14 kills while making only 4 errors.

However the squad has struggled to produce these performances consistently. Despite hanging tough during the third set, the Tribe could only manage a 14.3 percent hitting efficiency, making 8 errors. The fluctuating performances have been a trademark of the season, as the Tribe has struggled to string together consecutive set victories.

The remaining matches on William and Mary’s schedule are all CAA matches, and most of them are on the road. If the Tribe is to get out of the conference cellar and fight back into the thick of the CAA race, they will have to win consistently against several middle of the pack CAA teams. The leadership of Koleva and Albright will be crucial to achieve this goal. Additionally, the College will need to convert more of its attacking chances, spurred by the setting play of Pe and Ames.

The Tribe’s next challenge is Wednesday on the road against Elon, set to start at 7 p.m.