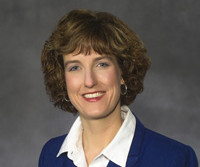 Senior Associate Dean for Finance and Administration at the Virginia Commonwealth University School of Medicine Amy Sebring M.P.P. ’95 was selected last month to serve as the College of William and Mary’s first chief financial officer. She will begin work in this new position on Jan. 4, 2016.

“Since this action significantly expanded my areas of oversight, we decided at that time to create the Chief Financial Officer to provide guidance and support for the areas of Financial Operations, Procurement and Budget Development and Execution,” Jones said in an email. “The College is fortunate to have been able to hire Amy Sebring as our CFO.”

Sebring first learned of the CFO role in the alumni newsletter and contacted Jones, who she worked with on the Virginia Senate Finance Committee, to express interest in the job. She applied in April and received the position in mid-October. Her chief responsibilities in this role will be budget development and financial reporting.

“The real challenge for higher education is to make sure we can demonstrate a value added,” Sebring said. “The state needs to know its money is used appropriately.”

A graduate of Duke University, Sebring earned her master’s degree in public policy from the College in 1995. Currently she works at VCU’s School of Medicine, a position that she has held since 2006. Prior to working at VCU, Sebring served as a fiscal analyst for the state’s Senate Finance Committee, starting in 2003.

Director of the Morven Project at the University of Virginia Foundation Stewart Gamage has previously worked with Sebring in two capacities. The Morven Project, which Gamage has been involved with for eight years, is a program affiliated with U.Va. that hosts events regarding global education, science and technology. The programs involve frequent collaboration between U.Va. and the College.

Prior to working together in Richmond on the Senate Finance Committee, the two women became acquainted at the College. Gamage, who was working as Vice President for Public Affairs and Economic Development, first encountered Sebring as a graduate student. At this time, the graduate program was new, and Sebring worked in Gamage’s office.

“[Amy] was very good with numbers. [She] always delivered on time and under budget. She has an incredible gift for analysis and execution,” Gamage said. “[The College] could not have gotten a better person.”

In addition to experience with the Virginia State Finance Committee, Sebring said she gained exposure to the financial world of higher education. In her position at VCU, Sebring manages the medical school’s finances. She oversees budgeting, strategic planning and information technology.

Before serving on the Virginia Senate Finance Committee, she worked as the finance policy director of the State Council of Higher Education for Virginia, as a budget analyst for the Department of Planning and Budget and as a research associate for the Education Commission of the States.

“[Amy Sebring] is a great appointment,” Provost Michael R. Halleran said in an email. “She has an impressive depth and range of relevant experience and understands higher education within the Commonwealth. She will be an excellent CFO for W&M.”

Sebring has returned to Williamsburg a few times for interviews relating to her new position. Although she received her degree from the College in 1995, she said she has remained close to the school through her work in the state legislature and higher education. 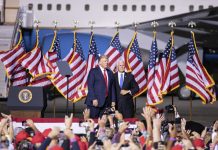 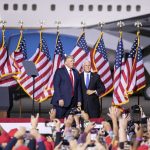