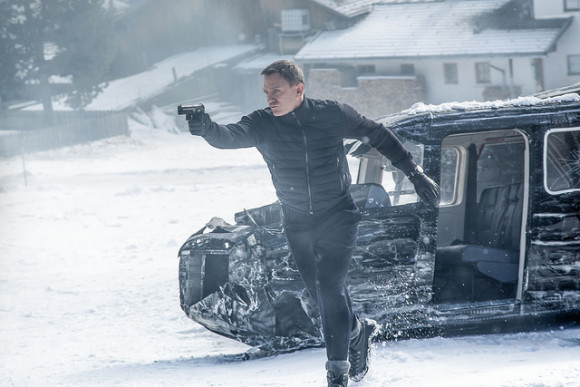 When Daniel Craig was first cast for the role of James Bond, a great many people swore he was too short, too coarse and too blonde. Ian Fleming probably rolled over in his grave when the decision came out. However, with “Casino Royale,” Craig not only proved he deserved to be 007, but also added an unprecedented level of depth to the storied character. With uneven storytelling, “Quantum of Solace” took a step back from the excellence of “Casino Royale,” but Blonde Bond came surging back to life under the direction of Sam Mendes with “Skyfall” in 2012. Now, in what may be his last outing, Daniel Craig is back in the new film “Spectre,” with Mendes again directing.

Picking up from “Skyfall,” Bond is still trying to stop a secretive web of enemies, while also working to solve mysteries from his past. Starting off in Mexico City and bouncing to London, Rome, Austria, Tunisia and back to London, Bond picks up clues and ultimately comes face to face with his most powerful opponent yet — his estranged step brother, Franz Oberhauser played by Christoph Waltz.

While “Spectre” is visually tantalizing, the story that unfolds is far less exciting than the visuals and the action scenes.

“Spectre” is a quite beautiful and stylish affair. The locations shot in the film are striking, with the snow covered Austrian mountains, the streets of Rome and London and the sandy desert in Tunisia. Even the polluted streets of Mexico City look terrific. Bond and his main female companion in the film, Dr. Madeleine Swann (Lea Seydoux) can be observed wearing fine designer clothing, looking like they just stepped out of a photo shoot with “Vanity Fair.”

While “Spectre” is visually tantalizing, the story that unfolds is far less exciting than the visuals and the action scenes. Unlike its predecessor, “Spectre” opts for the typical Bond formula; there are several sexual encounters, a brutish henchman, an evil lair and a cerebral super villain. Sam Mendes includes some nice throwbacks to the old Bond films, but the story lacks any real substance. The most confusing aspect of “Spectre” is the main love interest, Dr. Madeleine Swann. Bond and Swann meet briefly and inexplicably fall in love after a few short scenes, but the relationship is never developed or explained.

Sam Mendes includes some nice throwbacks to the old Bond films, but the story lacks any real substance.

The funniest and most memorable scene in the movie happens when Bond confronts a mouse that scurries into his hotel room in Tunisia. Sitting slouched in a chair and drinking a Heineken, Bond points his pistol at the rodent and asks, “Who sent you? Who are you working for?” This is one of the few scenes where Bond feels human; he’s just a guy drinking beer and having a little fun. It’s this more relatable side of Bond that made Craig a game-changer in earlier films. When the hero has “everyman” qualities, it makes his story more believable and realistic to the viewer. Unfortunately “Spectre” misses the opportunity to reveal more of the character of James Bond and opts for cheap thrills and a rickety storyline, resulting in one of the biggest disappointments of this movie season.