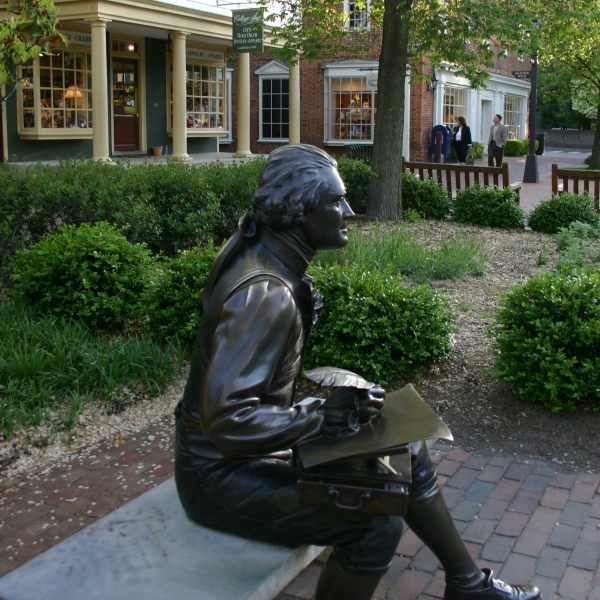 As a society, we should strive to foster intellectual debate that will aid in bringing about change or, at a minimum, deepen our knowledge of any situation. We should not start dialogue that will solely act to affirm previously held beliefs, which keeps change and intellectual expansion at bay.

Recently, several movements regarding racial injustice have started at colleges and universities around the country. The College of William and Mary, as of October, had a small display of some of the greater sentiments that have been moving across our nation. The Thomas Jefferson statue, located on the Sunken Gardens between Washington and McGlothlin-Street Halls, was covered in post-it notes last week. Written upon the small pieces of paper were words or phrases meant to evoke an unheroic view of Thomas Jefferson – words including “rapist” and “racist.”

Challenging our current beliefs and striving for greater dialogue, knowledge and new perspectives is a lesson that we should take with us throughout life, no matter what the time or issue.

Posting notes with such moot terms only serves to affirm the beliefs of those who know of the situation. If you believe that Thomas Jefferson should be looked upon in a new light and his statue should possibly be removed, then chances are you agreed with the post-it notes. If you believe that, although Jefferson undeniably had flaws, he still is a hero as a founder of our nation, chances are that you were greatly angered by the notes.

Thus, the intent of the post-it notes must be examined. If the goal of the notes was to bring about dialogue on the topic of Jefferson, then success was achieved. But we must ask ourselves as a community: What type of dialogue do we want? Do we want dialogue that purely affirms beliefs on both sides, or do we wish to see dialogue that sparks internal debate and respectful academic conversation?

At this time in our lives here at the College, we have a unique opportunity that may never again be afforded to us. We are in a community surrounded by inspired people, who are all here to learn and to expand. We have the ability to start meaningful dialogue and for people to actually listen, for people to genuinely care. But for such dialogue to arise, topics need to be brought up in ways that bring us in as a community. That is not to say that we should hide our beliefs, but rather that we should have productive debate; debate that allows for all sides of an argument to be expressed openly and in a dignified manner. And though our personal beliefs may never change, at a minimum we will learn others’ perspectives and have greater understanding of our own beliefs.

Challenging our current beliefs and striving for greater dialogue, knowledge and new perspectives is a lesson that we should take with us throughout life, no matter what the time or issue. As humans, we inherently have strongly held beliefs formed by our experiences, cultures and numerous other factors. Beliefs individual to each and every one of us.

But what do the majority know of different cultures? Different perspectives? The brightest and wisest people to ever live could still learn more, and yet as humans we, by 18 years of age, hold a set of beliefs that we believe are correct. So firm are we in our beliefs that, often times, we grow angry when they are challenged.

And so again I ask: What is the intent of a movement? Is it to preach to the choir, or to speak out respectfully against those who differ from you?

I understand that some people may not want to come to a formal debate, might not want to sit down face to face, look a person in the eye and say, “I respectfully disagree.” These are hard actions, they take time, they take effort, and furthermore they take interest to want to go forth and act.

And so this is what I challenge students at William and Mary, and at other universities and Americans in general to do: bring forth constructive arguments and discussion – for that is where the greatest rewards will be found for individuals and for society.