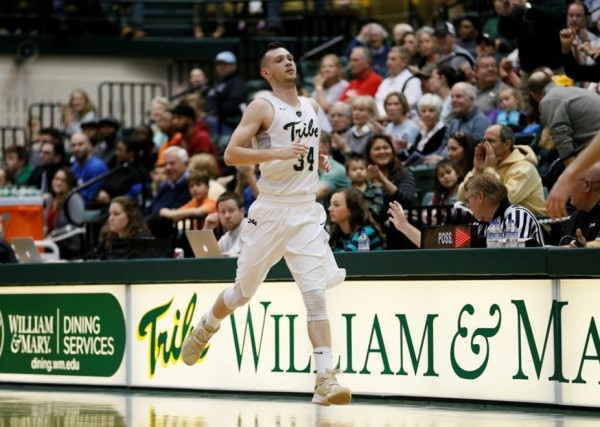 “In a game like this you need your guards to play well,” said Coach Tony Shaver to Tribe Athletics. “And not having [junior guard] Daniel Dixon certainly hurts but … we knew he wasn’t going to play.”

Junior guard Omar Prewitt led the Tribe with 20 points despite going 0-5 from beyond the arc. The efforts of sophomore guard David Cohn complemented the solid performance of the Tribe’s guards, as Cohn scored  with 14 points, a team-high 11 assists, and four steals in Dixon’s absence. Senior guard Terry Tarpey contributed seven rebounds, two blocked shots, and three steals along with 14 points and four assists in the game. The Tribe tallied 28 points off of turnovers and 16 points off of fast-break  opportunities, in contrast to UNCW’s six points off of turnovers and zero fast break points.

Since 2013, the College has managed a stellar 17-0 in games in which the Tribe has scored 84 points or more. But while offense has normally been the headline of such high scoring games, it was not the key to victory in this conference matchup as that winning streak came to a close in the 97-94 loss.

“We said before the game, defense was going to determine the winner of this game,” said Coach Shavers. “And you know that if you score 94 points on the road in the CAA you ought to win. We just couldn’t stop them.”

UNCW senior Denzel Ingram was who the Tribe could not stop, as he proved to be the star of the night, scoring 30 total points. The Tribe had no answer in terms of defending him as he went 8-13 from beyond the arc .

We said before the game, defense was going to determine the winner of this game,” said Coach Shavers. “And you know that if you score 94 points on the road in the CAA you ought to win. We just couldn’t stop them.

Sophomore forward Greg Malinowski himself actually went 4-6 on the night from beyond the arc and in the second half, for 12 crucial points. But that was not enough to help the Tribe pull away, only to stay in the game.

“The key for us in the game was we could not get stops,” said Coach Shavers, who echoed the sentiments of post-game pride despite the conference loss. “I mean they really shot the ball, so well we couldn’t ever get those sequence of stops [needed] to get a little bit of a working lead.”

The biggest surprise for the Tribe was the10 points in each half for senior forward Sean Sheldon, who dominated in his highest career scoring game on offense in the paint. Sheldon made a successful attempt to increase his own involvement, and going 9-11 from the floor with 20 of the Tribe’s 46 points in the paint.

A jump shot in the paint by Tarpey with 1:15 left in the game, and then two successful free throws by Prewitt at the 0:42 second mark, tied the game 83-83. The game proceeded into overtime despite a missed jumper by UNCW’s Ingram and a buzzer-beater shot attempt by Cohn, which bounced off the rim.

In the five-minute overtime, after a flurry of points by both teams, Tarpey made an impact play that reminded fans why he was recognized with the 2014-15 CAA Defensive Player of the Year Award. His fast-break two handed jam off his own steal with 40 swung the momentum to the Tribe’s favor,  up by one with the score then 94-93.

UNCW freshman C.J. Bryce (who scored twenty points ) then snuck a layup to take the lead with 18 seconds remaining. At the other end of the floor, trying to draw contact, the Tribe actually lost the ball on a steal by none other than Ingram, and was forced to immediately foul in return. The UNCW senior then ended the game with 4.5 seconds draining both of his free throws, the final score Tribe 94, UNCW 97.

With nine lead changes in the game, and no team ever leading by more than 6 points, this hard-fought battle can hardly be construed as a poor outing for the College, especially given the offensive production. Dixon’s absence and other injuries certainly played a role in the loss in terms of fatigue, as the Tribe only sent eight players out onto the court. Those eight racked up the points, but it’s an open question as to whether exhaustion contributed to the poor defensive showing.
The Tribe returns on Thursday, Jan. 21, to face Elon at 7 p.m in front of the first student home crowd of the new year with a home game in the Kaplan Arena.