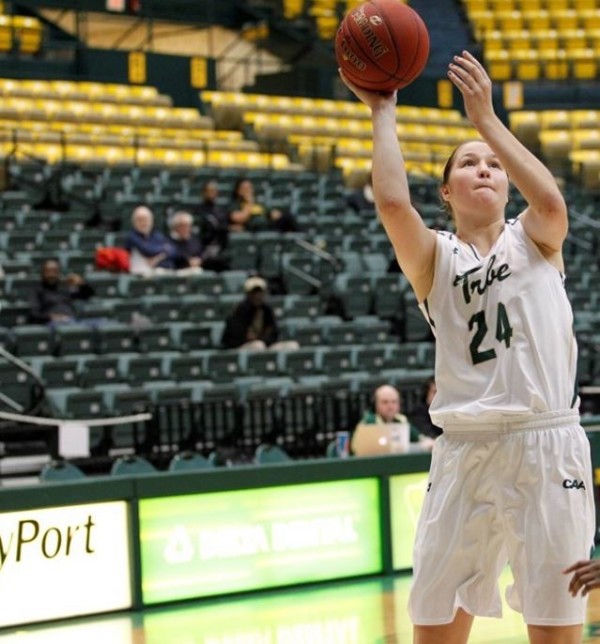 After a hot 8-1 start to the 2015-2016 season, William and Mary appears to be freezing up into a cold streak , dropping its second consecutive Colonial Athletic Association matchup to an opponent with an inferior record. The underdog Northeastern Huskies upset the Tribe in dramatic fashion in a 69-68 overtime thriller in Boston, Mass., Jan. 15.

“We had plenty of chances,” head coach Ed Swanson told Tribe Athletics. “We have nobody to blame but ourselves.”

Entering the game, Northeastern boasted the worst turnover margin in the 10-team conference, and a middling scoring offense and scoring defense at No. 6 and No. 7, respectively. While the Tribe’s scoring offense is only ranked fifth, it leads the CAA in blocks, steals, turnovers, and assists. Statistically, Northeastern is not among the elite teams that William and Mary has on its schedule, nor have the Huskies notched any particularly impressive victories. Northeastern lost six of its prior seven games leading into the contest with the Tribe, while the Tribe only had three losses on the season before the game.

We had plenty of chances,” head coach Ed Swanson told Tribe Athletics. “We have nobody to blame but ourselves.

Despite an early 5-0 hole, the Tribe ended the first quarter up 22-14, dominating both in the paint and in turnovers. Sophomore center Abby Rendle exemplified the Tribe’s solid play in the interior, earning a double-double with 14 points and 12 rebounds.

“Abby’s doing great,” Swanson told Tribe Athletics. “We’re asking her to play major minutes now, for post players you don’t like to have them up to 35 or 40 minutes, but the last couple games, that’s where we’ve had her because we need her.”

While Rendle corralled 12 rebounds for the Tribe, Northeastern handily dominated 33-22 in total boards.

However, the Tribe didn’t need rebounds much in the second quarter, as the team shot 50 percent from the field to go into the locker room with a 36-25 lead. Though the Tribe found itself in the familiar position of a halftime advantage (the 11th of the season), the second half surge to put the game away never came.

“We were shooting 13 percent at one time late in the second half,” Swanson told Tribe Athletics. “We didn’t put the ball in the basket. We had open shots, they were sitting back in a 2-3 zone, and had opportunities. ”

The second half wasn’t entirely the Huskies, as the Tribe extended its advantage in the first two minutes. However, a furious 17-1 run by Northeastern completely changed the game dynamic, aided by poor shooting and rebounding by the Tribe. The fourth quarter began with the Tribe barely holding onto a 45-42 lead.

The Huskies kicked into high-gear again to start the final quarter, taking the lead with an 11-0 run to push the score to 53-45 with just six minutes of action remaining. The Tribe whittled the lead down to a single point at 59-58 with 32 seconds left to play. The College began fouling to get possessions. A failed possession and two free throws put the game in doubt as the College trailed 62-58 with just 17 ticks on the clock.

Junior guard Marlena Tremba hit from beyond the arc to put the game at one point. A miscue by the Huskies gave the ball back to the Tribe, and a foul placed freshman guard Bianca Boggs at the foul line with one second on the clock and an opportunity to tie, and then to win.

Boggs sank the first shot, but missed the second, sending the game into overtime.

In overtime, the Tribe played catch-up. A one-point deficit with 52 seconds left to play proved too much for the College to overcome, and the Tribe fell to Northeastern 69-68.

Up next for the Tribe is a chance to break the CAA losing streak against the top team in the conference. The College plays Hofstra in Hempstead, N.Y., Sunday at 1 p.m.