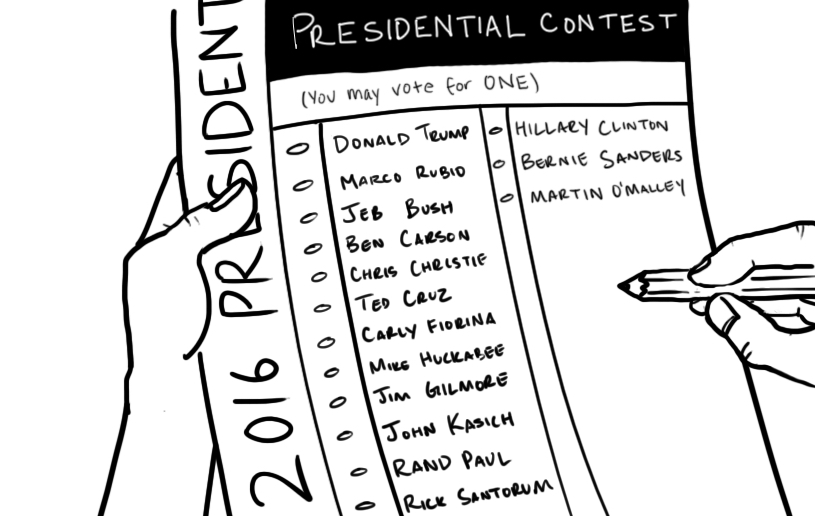 Democrats and Republicans across this campus face a serious decision as we move closer to the primaries. For Democrats, the choice is between Hillary Clinton and Senator Bernie Sanders. When it comes to authenticity and enthusiasm, very few doubt Sanders’ superiority. But when it comes to experience, Clinton appears to have the advantage. Indeed, this clash is not just one facing the odd young Democrat, but one facing an entire generation of liberal voters. Further, it is not just a dilemma between two candidates, but one between two clashing approaches to the politics of our time.

Paradoxically, the opposite could be said for most young Republicans I speak to. Rather than being conflicted between two influential candidates, many tell me that they feel disconnected with the direction of the modern GOP as a whole. This is primarily because, while most Republicans at college are fiscally conservative, they find it harder to relate to the more conservative social views and foreign policy stances that most of the GOP candidates hold. And of course, many also feel that their party has been dominated by Donald Trump, an inexperienced demagogue who promises to make America great again.

If primaries are about connecting with the base of one’s party, why haven’t the GOP candidates reached out to the next generation of voters? One possible reason is the turnout rate; our age group does an awful job of turning out to vote, with only 40 percent of those between the ages of 18 and 24 showing up during the 2012 election, versus a 70 percent rate amongst seniors. The lack of youth turnout is apparent even at the College of William and Mary, with a recent email from the student government highlighting that only 23 percent of the student body is registered to vote — a number that is shockingly low. Of course, turnout is not a problem exclusive to any one party, but it may explain why politicians neglect the very group in which the future of this country resides.

The lack of youth turnout is apparent even at the College of William and Mary, with a recent email from the student government highlighting that only 23 percent of the student body is registered to vote — a number that is shockingly low.

The conflict and disconnect felt within either political party may contribute to a certain fatigue amongst younger voters, contributing to such low turnout. If there is no candidate we really feel in touch with, then why bother? And despite the staggering amount of youth support that Sanders has attracted, what use is that if it only manifest itself in hashtags and Facebook posts, as opposed to actual political participation? When I have asked people around campus how they plan to vote, there exists no clear trend but one: a general lack of passion for modern day politics. But what we have to realize is that our vote has the potential to become influential — that actual participation in the process may be the key to improving it. If we showed up as much as older voters, then maybe we will see a decline in the politics of the past, and the rise of a political environment that we can actually relate to.