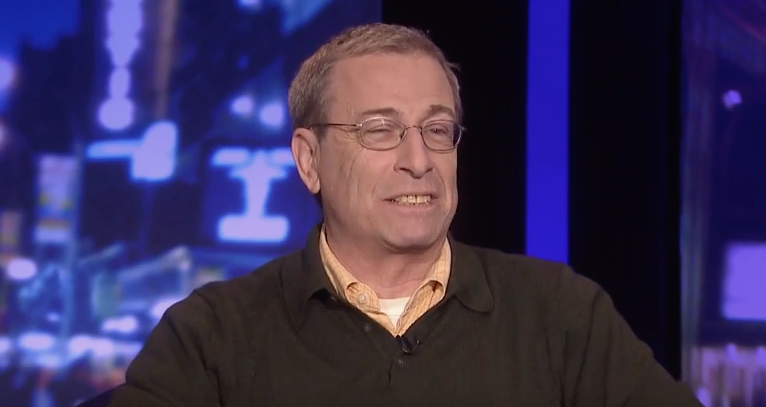 Christopher Bram ’74 always knew that he wanted to write. In high school, he started writing several novels, but his experiences at the College of William and Mary, he said, encouraged him to write more.

After living in a small, suburban town outside of Norfolk all of his life, Williamsburg was a new experience.

“For me, going to William and Mary was like going to a big city,” Bram said.

Bram grew up in Kempsville, Va. and said that he had visited Williamsburg many times as a young kid and fell in love with the College’s campus.

He applied early decision and was accepted. He said that the College appealed to him because he had heard only good things about the school, and it lived up to its reputation, in his opinion.

“William and Mary is both intimate and smart … a brainy, friendly school with a lot of serious scholars,” Bram said.

Bram said he made many friends at the College and took his education very seriously during the academic year.

“I lived at Swem Library,” Bram said, “I had access to many books in a world-class university library. It is a wonderful place and was a real joy.”

In the time he could find outside of classes, reading for pleasure, watching movies and writing fiction, Bram chose to participate in clubs and organizations that interested him.

While at the College, he was involved with the literary magazine — which is now the William and Mary Review — and the film society.

At the time he was a part of the literary magazine, which was  then primarily a student publication, but is now more of a national magazine.

He joined the literary magazine to meet fellow writers on campus and gain experience in the literary world. Bram said the  William and Mary Review encouraged him to write more, as he was pushed to publish almost every week.

Bram was also interested in film and he became involved with the Festival Film Society.

“[The Festival Film Society] was the only way I could see the movies I wanted to see,” Bram said. “I got to choose what we showed. Remember, this was a time before streaming or DVDs or even videos.”

One of Bram’s favorite professors, David Clay Jenkins, gave him this control of the film society. Bram had Jenkins as a professor for an honors seminar titled Novels Into Films and two other creative writing courses.

Bram said that Jenkins was a role model to him, but in an unexpected way.

“He was an erratic teacher: confused and woolly and unpredictable,” Bram said. “He was your classic absent-minded professor, a world-class eccentric, and a great character. It was a privilege to know him.”

Bram said Jenkins supported him in the English department, but also that his support went further than just his undergraduate academics.

Jenkins provided funding for Bram to enroll in a class with a writer-in-residence after he graduated in 1974.

Bram attributes to Jenkins many characteristics of what he considers to be a good teacher.

“Generosity and openness and a willingness to be foolish are all good traits in a teacher,” Bram said. “Remembering David Clay Jenkins helps me to relax around my own students.”

After graduating, Bram stayed in Williamsburg for three years working as a motel clerk and writing his earliest novels.

Bram moved to New York City in 1978. He said he thought living in New York would allow him to be freer and more expressive than he would be able to be in Williamsburg.

He said his inspiration comes from his life-long love of writing.

“I like to tell stories,” Bram said. “I enjoy day-dreaming on the page.”

Bram has authored a total of twelve novels — the twelfth, The Art of History, is to be released in July by Greywolf Press. He also has penned many essays, articles and a few screenplays.

In 1998, director Bill Condon adapted Bram’s novel Father of Frankenstein into the film Gods and Monsters. In 1999, the movie was the winner of an Academy Award for Best Screenplay Adaptation.

Bram said that when he heard the news that the movie based on his novel was the recipient of the Oscar, he was a writer-in-residence at the College.

Bram was satisfied with the outcome of the movie. He said he felt that Condon kept his dialogue and changed very little.

In 2001, Bram became the recipient of the Guggenheim Fellowship, which is awarded to individuals who exhibit exceptional skill in scholarship and the arts. He was one of 200 chosen from a pool of almost 4,000 applicants.

Bram was awarded the 2003 Bill Whitehead Award for Lifetime Achievement, which recognizes LGBTQ authors who are nominated for making significant bounds in his or her career.

“It was nice to be acknowledged for that,” Bram said. “These were my peers.”

However, Bram said that he considers two other successes to be his biggest life achievements.

“It’s a toss-up. It’s either making a career as a writer and publishing a dozen different books,” Bram said. “Or it’s the life I made with my partner, Draper Shreeve. We’ve been together for thirty-six years, inventing same-sex marriage for ourselves long before it was legalized in New York and the rest of the country.”

Today, he is a professor at New York University.

Bram said his experience at the College was great and that the school still means a lot to him. He said that while his first impression of the school lived up to the College’s prestige, this impression came to mean something more for him.

“I thought it was a bunch of super smart kids who were more sophisticated than I was,” Bram said. “Hey, there were students from New Jersey. But by the time I graduated I understood that we were all over the map, that there are many kinds of smartness, and sophistication is just a disguise. The school was a wonderful mix of the curious and foolish and wise and silly. In a smallish school like William and Mary, it was easier to see how varied people are.”

Offering advice to current students, Bram said that they should embrace the flexibility they have while in college.

“My chief advice is try different things, experiment … Now is a good time,” Bram said. “Be loose, have fun, and ‘follow your bliss’ as Joseph Campbell once said.”