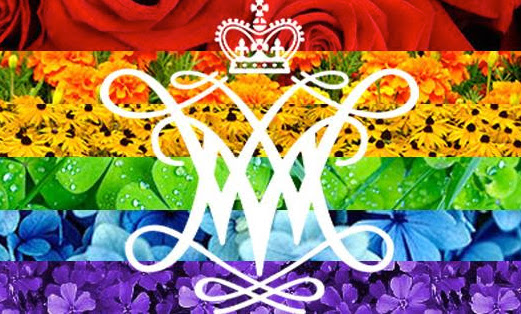 Students and staff gathered in Tidewater A Wednesday night to listen to a panel of professors discuss LGBTQ issues. The panel became an open discussion between students and faculty on how to make the College of William and Mary a better place for LGBTQ students.

Lauren Magnussen ‘16, an undersecretary of LGBTQ affairs for the Student Assembly Department of Diversity, organized the panel to provide students with information and resources on LGBTQ issues.

“My goal is to have out, questioning, closeted and allied students leave with concrete advice, concrete tips about how to navigate queer life on campus, combat discrimination, and get more involved in activism,” Magnussen said.

Magnussen also said she hoped that the panel would encourage underclassmen to view professors as resources. Having developed strong relationships with some of her professors, Magnussen said she organized the panel in hopes that underclassmen would be able to do the same.

The panel answered several questions about the barriers queer college students and queer professionals face. One issue discussed was the barriers LGBTQ students face in fields of study outside of gender, sexuality and women’s studies.

“As the director of gender, sexuality and women’s studies, one of the concerns I have is when students come in to me and say, ‘The only place I see myself is in these classes.’ It’s like queers belong in GSWS and they don’t belong anywhere else,” Putzi said.

STEM students in the audience voiced similar frustration with the academic stereotyping of LGBTQ students. Other students pointed them to groups like oSTEM, a group for queer STEM students, and S.C.O.P.E., a group that addresses the lack of diversity in STEM fields.

A recurring theme among the panel’s comments was the need for institutional change. Panelists and students felt that not enough money and resources were being devoted to LGBTQ issues. However, Cook, who deals with LGBTQ issues on a more institutional level, was optimistic.

As Magnussen had hoped, the professors also gave students a wide range of advice on how to combat discrimination and increase their activism. Cook offered students advice on how to work with administrators, while Johnson encouraged quieter students to find their own ways of being an activist.

“Sometimes it’s a matter of making your art, whether you’re a painter, a musician or whatever,” Johnson said. “Doing your thing and doing it well and that’s the way you get your voice out into the world. Another is doing volunteering or teaching. Whatever things come naturally to you, I think, are really important in figuring out how you can be an activist.”

At the end of the panel, professors asked students what they thought some of the biggest barriers to queer students on campus were. Both the panel and the audience agreed that they should form a student and faculty LGBTQ alliance.

Magnussen has created a Facebook group for the alliance called LGBTQ Student/Faculty Alliance. She said she is meeting with Cook and other LGBTQ leaders about the alliance in the coming weeks.