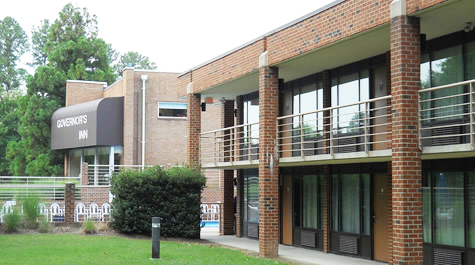 When Emerson Ives ’14 transferred  to the College of William and Mary as a junior, Ives identified as transgender and failed to find a comfortable housing option. Ives decided to request a single. Later in the summer, Ives received the housing assignment: a quad with three girls in a Ludwell apartment.

“When you don’t deal with this stuff on [a] daily basis, you don’t even think about it.” Ives said. “But transgender issues affect a lot of students. But now, instead of my first semester academics, I was worried about dealing with my living situation.”

Soon after receiving the housing assignment, Ives switched to living in the Governor’s Inn, a housing option reserved for overflow.

“If they didn’t have the Governor’s Inn, I don’t know what I would have done,” Ives said. “There are some trans-gender students who have opted to live [in houses] on Richmond Road because they don’t agree with the housing process. There’s definitely a disconnect here.”

Students who elect to live in special housing for gender-related reasons must go through the adaptive housing process at the College. Others choose to live off campus in order to circumnavigate the housing process.

Ives said there are at least 50 to 100 students at the College each academic year who identify as LGBTQ, and desire comfortable on-campus housing options.

Hurte stated that his role is to meet with students and discuss requests and needs. He said he aims to ensure that students don’t have to go through a process that is more difficult than it needs to be.

“Students who were transgender in other institutions would go through other processes that would have them disclose to multiple different people,” Hurte said. “But being sensitive to students needs, we created a process here to basically cut out students going through so many people.”

The process for gender-neutral housing mirrors that of the housing process for students with mental and physical disabilities, Director of Residence Life Deb Boykin said. She emphasized that the process is meant to help students feel comfortable on campus.

“I would never want to violate a student’s privacy or confidentiality,” Boykin said. “We’re trying to make this as broad as possible to make sure that we can assist students with a unique need that falls under that umbrella,” Boykin said. It’s safe to say that we have a couple, a few, students who we accommodate under that adaptive housing.”

“The College is simply not in a position to do that,” Boykin said. “We feel that we have a variety of options for students to live on campus — from single dorms to group houses. We have so many options that if living with someone of the opposite sex is what they really need, living off campus is the best option for them.”

The only Virginia public higher education institution that offers gender-neutral housing is the University of Mary Washington, which has provided this housing option in one on-campus residence hall since 2009. While gender neutral housing statistics vary by source, Rolling Stone, the Huffington Post and various college and university websites state that about 90 colleges and universities in the United States offer gender-neutral housing, whether campus-wide or in pilot programs like UMW. A majority of these institutions are private.

In addition to the lack of gender-neutral housing, the College also does not have many gender-neutral bathrooms. A student who does not entirely identify with a particular gender can experience conflict when choosing a gender-segregated bathroom.

“Bathrooms produce the most anxiety for me,” Ives said. “It’s always baffled me why we create these binaries.”

“It seems that the students shouldn’t have to be making this fight. It’s affecting a large number of students at William and Mary,” Ives said. “If you don’t feel safe in your home, its all for not. It adds another whole level of unnecessary stress for students.”