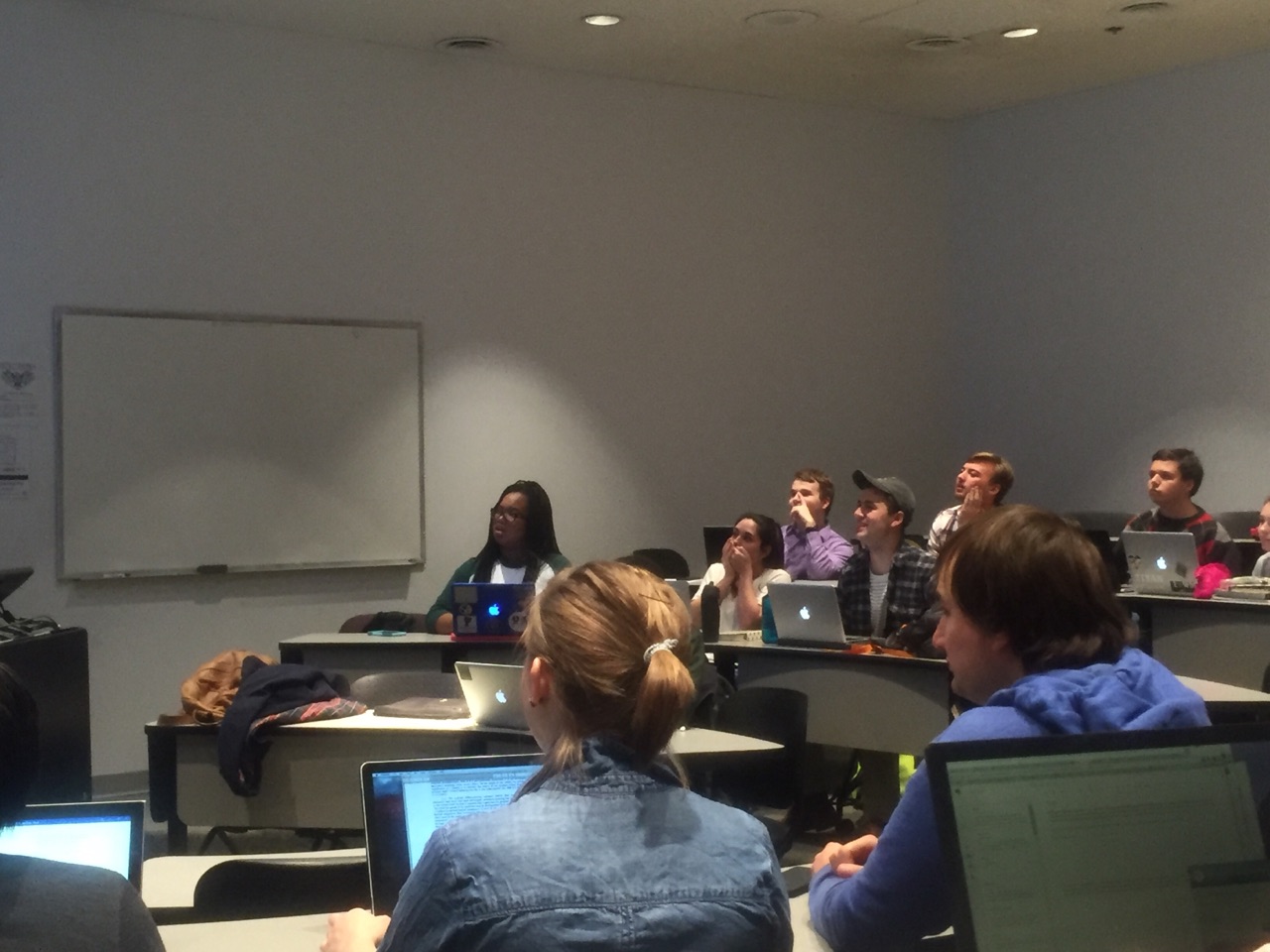 Additionally, senators were informed that the Get out the Registration Act, a bill which allocated $700 to provide each student a voter registration form as well as a sheet which provided tips for voters, was vetoed by the executive branch. Senators passed this bill during last week’s meeting.

Secretary of Public Affairs Jakob Stalnaker ’16 said the bill did not take into account relevant laws regarding voter registration and posed issues with liability.

“So the issues with the bill, there were quite a few of them,” Stalnaker said. “The first one came from the idea of putting things in people’s forms in a box, especially since they would have social security numbers on them, which would be a liability for the SA. The second problem is that under Virginia law, you have to turn in the form ten days after you collect the form and give each person a receipt if they give you that form. Under this bill that would not necessarily happen.”

Senators discussed the value of allocating funds to print these tip sheets, as many of the senators felt they would not be useful for most students. Yesowitz withdrew the bill and has started a new plan that will provide students with a voting tip infographic that class presidents will distribute over email.

Additionally, senators discussed the Sustainability Resolution, which had been sent back to committee after last week’s meeting. The bill, along with requiring SA to lower its carbon footprint, would also create a Sustainability Committee which would comprise members of the SA, Student Environmental Action Coalition leadership and the Executive Committee.

The tentative responsibilities of the committee would include facilitating conversations with administrators, making the student body more aware of the current practices, fostering communication among the various sustainability movements across campus, and submitting one detailed report to the senate each year.

I think we need to ramp up the interest in the SA, through the senate and through the executive department. — Dan Ackerman ’16

While the new amendments added a more specific purpose to the bill, many senators thought that it still lacked a detailed plan. With unanimous consent, the senators voted to send it back to committee. Chairman of the Senate Dan Ackerman ’16 assigned it to the committees on student life, outreach, public affairs and policy.

“Right now we are talking about a committee, and there is a little bit of loose wording about what type of committee it will be,” Ackerman said.  “I think it is important that we have a discussion on the purpose of the committee. I think we need to ramp up the interest in the SA, through the senate and through the executive department … The content of it over all is something I am really in favor of. I think it will come back stronger than ever next week and we will be able to pass it then.”

Senators did not discuss the To Save the Future of Humanity from Excessive Textbook Expenses bill, which they had voted to send back to old business after last week’s meeting.

Additionally, class of 2017 President Katherine Ambrose updated the senate on the Road to Richmond program that took place last week.

“It went really well,” Ambrose said. “We broke attendance records, we had a lot of really unexpected great opportunities from being invited into the governor’s house and getting a downstairs tour, and we had great conversations with Delegate Monty Mason. A lot of people who left the trip and were reflecting on it said they never knew lobbying was so much fun. I have only heard great things from the president’s office and the office of government relations.”

Ambrose also informed the senate that she has concluded interviews with the final candidates to fill the spot of former Sen. TJ Soroka ‘17 and plans to announce who the new senator is at next week’s meeting.