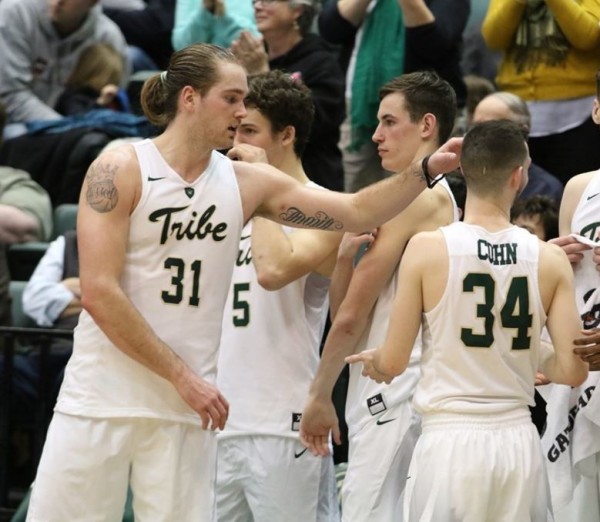 Defense wins championships. While cliche and overused, the adage does appear to hold meaning for the Tribe. Amidst the jostling in the Colonial Athletic Association (which has four different teams tied at No.1),William and Mary (16-6, 8-3 CAA) will have trouble winning competitive conference games without a consistent, focused defensive effort.

Facing Northeastern in Boston, the Tribe buckled down defensively in the second half, erasing a six-point deficit to win 86-77 in a game with major CAA implications on Feb. 4.

Junior guard Daniel Dixon started the game with a bang. After Northeastern scored first, Dixon went on an impressive 7-0 run on his own to push the Tribe ahead by 5 just over two minutes into the contest. After Dixon’s fireworks, junior guard Omar Prewitt quickly got going as well.  He twice drove to the rim and finished with dunks, and capitalized on a tight pass from sophomore guard David Cohn to finish another layup. An early 15-7 Tribe lead forced a quick timeout from Northeastern with fourteen minutes left in the first half.

After a scoring burst, the Tribe failed to play tough defense. Leaving shooters open allowed Northeastern to storm back with a barrage of three pointers to take a 30-27 lead over the Tribe with 4:14 left in the first half. The remainder of the first half saw no change in defensive intensity and the Tribe went into the break with a six point deficit, 41-35.

The second half began the same way the first half ended, a wide open Northeastern three.  The lead for the Huskies ballooned to 10, and the Tribe looked mentally out of the game.  Riding a meager 5-5 record on the road, the Tribe looked to its senior players to make a difference in a key CAA match. Senior captain and forward Terry Tarpey sparked a big run with an impressive drive to the rim, switching hands in mid-air to finish with his left over a Northeastern player who had no choice but to foul. Tarpey completed the three point play and the Tribe had life again.

A minute later, senior center Sean Sheldon got going with a tough post-finish off an assist from Cohn. Tarpey followed up with a quick three, and  Daniel Dixon cut to the basket to finish for two off a Sheldon assist. Just like that, the Tribe had managed to put together a series of stops and tied the game at 45 with fifteen and a half minutes left in the game. Sheldon was solid all night, operating out of the high-low. While in the high post, he twice delivered beautiful bounce passes that led directly to layups.. Down low, he held his own against taller opponents and went up strong with the ball on shots.  Sheldon finished 5-5 from the floor for 11 points.

Head Coach Tony Shaver was quick to praise the tough work from Sheldon..

Cohn was dominant in the middle of second half, slicing through defenders to finish strong at the rim. Cohn finished his day with nine points and seven assists  After two straight layups, Cohn had the Tribe sitting at a 52-51 advantage with just under 11 minutes left in the game. From this point on, it was the Prewitt and Dixon show. The juniors were fantastic down the stretch, hitting tough shot after tough shot.  Prewitt had 13 points in the final 10 minutes finish with 28.  Dixon finished the game with 20. The stellar performances from Prewitt and Dixon coupled with the team shooting 8-10 from the free throw line over the final minute led to a big road win. Shaver was quick to emphasize the importance of Prewitt.

The Tribe dominated in the paint and on the break, which gave them a big boost in their comeback. William and Mary finished with 54 points in the paint, compared to just 26 for the Huskies. Also, the College had a 10-0 edge in fast break points. In addition, the Tribe shot an impressive 64.5 percent from the floor in the second half, spurred by Prewitt’s 12-18 field goals for the game.

“I’m really proud of the road toughness this team is displaying, and just toughness in general,” Shaver told Tribe Athletics. “For us, it’s all defense.  We can score the ball.”

Shaver and his staff must continue to emphasize defense as the conference schedule continues, facing the No.1 and No.2 scoring offenses in the CAA in two of the next four games.