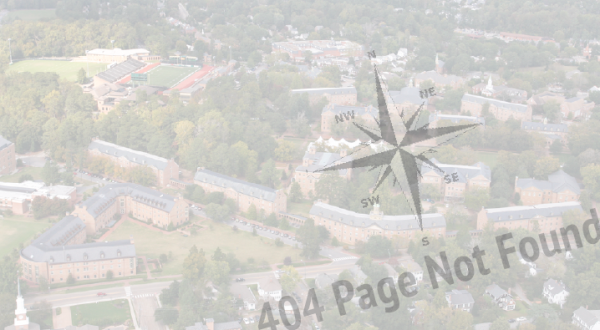 The Student Assembly has yet to finish the website promised by President Yohance Whitaker ‘16 and Vice President Catie Pinkerton ‘16 in their campaign last spring, despite saying as recently as October that the site would be done by early November.

In October, Pinkerton told The Flat Hat that the website would provide students with resources as well as ensure the accountability of the Student Assembly.

“On the webpage there will be information about the student assembly like meeting times and contact information for representatives,” Pinkerton said in an email at the time. “Other resources will be available as well, like useful links for students in crisis.”

“We pledge to make the Student Assembly and William & Mary websites more navigable and user-friendly. Increased transparency means that students can reach resources in one click of the mouse,” the website said at the time.

While the College of William and Mary’s student government organization has a rudimentary web page hosted through the College’s website, the page contains only a brief description of the role of the SA and a notice that they are in the process of developing a more in-depth website.

SA President Yohance Whitaker ’16 said that the website is under construction.

“[The Student Assembly website] has, as it stands now, shallow information, but we’re thinking certainly by the end of February it’ll be more robust.” Whitaker said.

Whitaker cited bureaucratic obstacles to uploading content. He also said that monthly Cascade training sessions were difficult to coordinate for SA officers whose job it is to manage content for the website.

“Now as is just the nature of having a website and a page on the internet, the process of updating the information to make sure it is accurate and relevant, that is all a continual process and so truly in the business of having pages on the internet, there is no point when you can say the project is complete,” Whitaker said. “But you can say that the project is up-to-date.”

In the past, SA teams have routinely promised and failed to create a stable, online platform.

In 2011, then President Kaveh Sadeghian ’12 said he wanted to publish the minutes of Student Assembly meetings and other relevant information on student blogs.

Now as is just the nature of having a website and a page on the internet, the process of updating the information to make sure it is accurate and relevant, that is all a continual process and so truly in the business of having pages on the internet, there is no point when you can say the project is complete. But you can say that the project is up-to-date. — SA President Yohance Whitaker ’16

Two years later, then-President Chase Koontz ’14 said that the Student Assembly’s web presence did not live up to the SA’s own internal guidelines.

“A stronger website could create a larger platform for students to make connections with organizations and could be a great resource for students,” he said.

Should Whitaker’s team follow through on its promise, it will be the first time SA has had a permanent website that can be transferred to new groups.

Content for the website is to be managed by Secretary of Outreach Hope Thompson ’16 with assistance from Staff Advisor and Associate Director of Student Leadership Development Trici Frederick.

Thompson promised a number of features for the new website. She said the site will include contact information for all members of SA, as well as meeting times, locations and minutes.

“One thing we’ve really been trying to work on is transparency this semester and I think it’s really that accessibility that comes from letting students know what we’re all about and how we can help them,” Thompson said. “I think that if we’re going to try to help them it’s important, and to serve them in whatever way they need, and the best way we can do that is for them to understand what we do.”

Frederick said in an email that, once it is available, the website will replace Facebook as the SA’s primary communication tool.

“The purpose of the website is to provide constituents with additional information about the organization,” Frederick said in an email. “Right now the primary mode for this information sharing is through Facebook, but as I’m sure you’re aware that not everyone utilizes Facebook. A comprehensive website will help to disseminate better information.”