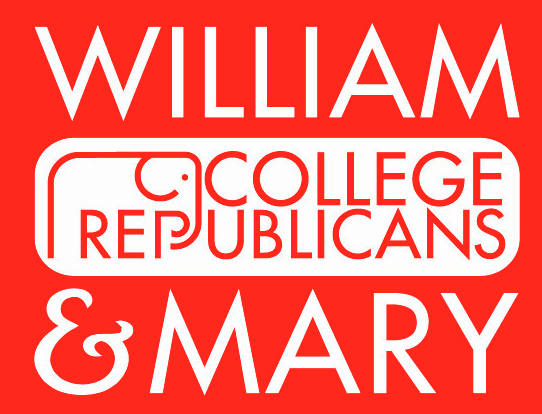 Close to 20 College of William and Mary students are gathered in a classroom in Blow Memorial Hall. A minority on campus, these students have bonded through a common belief in conservative fiscal policy, limited government and strong national security. There are plenty of differences in opinion on various issues, but all are here because they choose to identify themselves politically with the Republican Party.

On this particular evening, these differences can be seen clearest as students discuss their leanings on the current presidential candidates. One says that Marco Rubio is her top choice. The next student agrees. From across the room, a student emphatically disagrees, saying that Rubio’s speeches and debates are filled with appealing sound bites but no serious policy. He says that John Kasich is the candidate with the most experience and successful record. The student beside him agrees but concedes that it doesn’t look like Kasich is pulling much support, so he would choose Rubio out of the top three contenders. A student mentions his support of Jeb Bush. Another expresses his regret that Lindsey Graham is not still in the race. A student jokingly mentions how Jim Gilmore will win it all. And then in the back row, a student bursts out passionately that Ted Cruz is really the only candidate that upholds true conservatism.

While many students have decided whom they will support in the upcoming primary on March 1, there are still quite a few who are undecided. Generally, a lack of enthusiasm marks responses when asked which candidate one would pick. A far easier answer seems to be whom one doesn’t want to see in office. And if there’s one thing that William & Mary Republicans are sure of, it is that Donald Trump and his growing support scares them. Even among some of the most adamant capitalists, the question “Donald Trump or Bernie Sanders?” is met with groans and no conclusions.

The debate largely revolves around who has the most experience, who can beat Hillary Clinton, and who will uphold conservative ideology.

Despite a variety of opinions, there are two candidates that have the most support among College Republicans: Marco Rubio and John Kasich. The debate largely revolves around who has the most experience, who can beat Hillary Clinton, and who will uphold conservative ideology.

A senior and past CR executive officer, remarks, “Governor John Kasich is the most experienced Republican candidate. He is a conservative who believes government should be efficient and focused, but also cares about the struggles everyday Americans go through.” He cites accomplishments working with both sides of the aisle to balance the federal budget and implementing healthcare reform that cut costs in his home state of Ohio. “John Kasich is the compassionate, reform-minded conservative we need as President,” he concludes.

Meanwhile a freshman who holds executive positions on both the CRs and Students for Rubio, holds that Rubio is the only candidate fighting to uphold and revitalize the ideals that established America. She notes, “Rubio seeks to create a new America not for the benefit of his political career, but rather so ordinary people like me can prosper freely without the burdens of the issues that undermine America today.”

Students are focused on balancing the budget, growing the economy, reforming healthcare and protecting America’s interests at home and overseas. To conservatives at the College, these are the important issues.

Although students may not be overly enthusiastic about the election (the result of a long campaign cycle and no stand out candidate), the issues are what generate excitement for the conservative cause. Students are focused on balancing the budget, growing the economy, reforming healthcare and protecting America’s interests at home and overseas. To conservatives at the College, these are the important issues. The social issues that clutter national debates and on-campus discussions are important, but not ones to emphasize.

For Republican students, this election is about more than just the next president — it is about the America that they will be left with once they graduate and enter the real world.

If you are interested in more information about the College Republicans at William & Mary and how you can get involved, please contact Phebe Meyer at pemeyer@email.wm.edu.