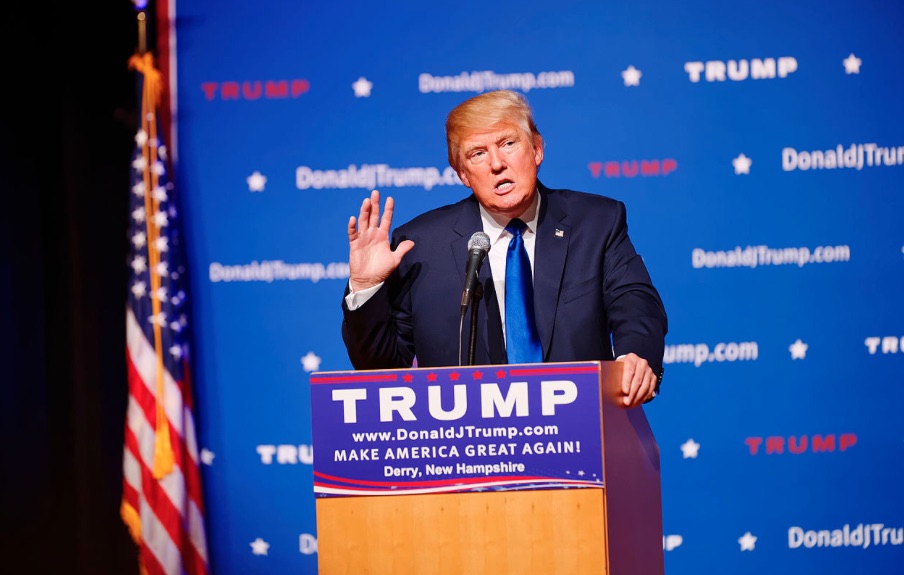 Author’s note: This piece is not an endorsement of Trump or his policies.

I knew from the start that the echo chamber of academia would go crazy about Trump. Already, the sociopolitical masterminds on the left (with the help of pundits who disguised their agendas behind the neutrality of comedy or self-righteousness) have done a great job of turning the right-wing into something of a cruel joke, a party of fools not to ever be taken seriously.

At the College of William and Mary, however, I expected criticisms of Trump to be, at a bare minimum, somewhat intelligent and informed. I imagined students and faculty debating the details of his trade policies, running simulation games of the primary season or discussing how he is changing the Republican Party into a more centrist ideological group (on select issues, of course).

Aside from the fact that the left uses this type of rhetoric so often it’s nearly become clichéd, none of these claims are supported by any sort of meaningful evidence.

Instead, here is what I often get: “Trump is a stupid, racist, sexist, fascist xenophobe who would plunge the world back into the Dark Ages!” (Also, he’s literally Hitler). Aside from the fact that the left uses this type of rhetoric so often it’s nearly become clichéd, none of these claims are supported by any sort of meaningful evidence. You’d think the fact he’s leading amongst his fellow GOP candidates by large margins with minorities, women and the educated (along with almost every other demographic) would be enough to dispel that fiction. Unfortunately, many liberals (and conservatives) have seemingly been blinded by both manipulative media as well as an overdose of well-intentioned but poorly-executed critical theory.

One of my favorite things to do (because I think I have a legitimate rhetorical fetish for playing devil’s advocate and getting on people’s nerves) is call people out on these hollow attacks.

Racism: What has Trump said that has been discriminatory on the basis of race? No, illegal immigrant is not a race. No, Islam is not a race. Have you realized that bringing back jobs from overseas would immensely benefit minority communities? I’ll shut down xenophobia— irrational fear of all foreigners— here too. As far as I know, Trump isn’t quivering in his tower over Canadian immigrants (those syrup-covered bastards!), and to be wary of undocumented migrants from terrorist-ridden areas is certainly not irrational.

You might not agree with a single word he says, but even the liberal media is beginning to give credit where it’s due. He managed to get the media to successfully run his entire campaign for free.

Sexism: See the above. No, criticizing a woman is not sexist, and Trump has certainly proven to be an equal-opportunity dirt slinger. Bernie supporters should be pretty sympathetic here: Whenever they get a little too confident in their attacks on Hillary, they’re shouted down by her campaign as sexists (The irony of Bill and Hillary throwing that word around isn’t lost on me, don’t worry).

Fascism: Any “fascist” who encourages the citizenry to (a) Purchase firearms and protect their right to bear them, (b) Distrust their leaders and their government, or (c) Be hypercritical of the media, should probably go back to Fascism 101 (or art school). Next.

Stupidity: You might not agree with a single word he says, but even the liberal media is beginning to give credit where it’s due. He managed to get the media to successfully run his entire campaign for free. He turned the poster child of the Republican Party into a joke. He’s found a way to charm voters across the political spectrum despite spitting fire at reporters, debate audiences and even the Pope. For a first-time politician, he’s shown an unprecedented amount of savvy.

This piece is not an endorsement of Donald Trump or his policies. This is simply a wake-up call to the left: your standard rhetoric won’t win this election for you.

This piece is not an endorsement of Donald Trump or his policies. This is simply a wake-up call to the left: your standard rhetoric won’t win this election for you. The Republicans had to learn this the hard way, and now Rubio is hanging by his fingertips, facing landslide defeats at the hands of the Donald. Calling somebody Hitler wouldn’t earn you second-to-last place at a middle school debate meet, and Americans are starting to see past the façade of identity politics (which is why, if you cite a HuffPo anything, you shouldn’t expect to be taken seriously).

Do you want to trash his proposed policies? Go for it! Do you think he’s not presidential? That’s certainly not an unfounded claim! As rising members of the supposedly educated class, however, it’s time we have intelligent rhetoric and open discussion.