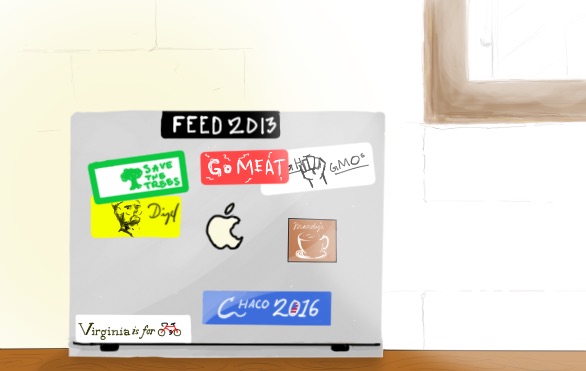 My brother, who is still in high school, recently came back from a college tour at George Mason University. As he recounted his trip, one thing really stood out to me. He said that a couple of GMU students were doing an awareness event for homelessness in the area, and, in partnership with an organization to advocate for affordable housing, set up camping tents all over their quad. They lived this way, with little to no provisions, for about a week. Surely, one can argue that a week is not the same as a lifetime of homelessness and find problems with the ethics of that issue, but this article strives to address a different point. What really surprised me about this story was the level of activism that these students demonstrated in order to raise awareness and start a conversation.

A few weeks before I heard this story, I was messaging one of my friends who goes to the University of Pittsburgh. Within the past year she has become a leading student activist for increasing labor wages at Pitt, and her movement is now spreading to the rest of the city. She often sends me pictures of streets chock-full of students peacefully standing in front of their school buildings, with signs advocating for higher wages for all the employees at the university, and especially for racial and gender minorities. They usually bring fold-up tables and megaphones to create a platform on which speakers can vocalize their concerns.

I rarely see action on these levels at the College of William and Mary, and I often wonder why.

The reason these stories are important is because I rarely see action on these levels at the College of William and Mary, and I often wonder why. In a way, activism can be a form of tough love; you will always be most critical, in the analytical sense, of those you love the most. In 1942, black American advocates of the “Double Victory Campaign” exhibited this form of affection, defending America abroad by joining the army, but also defending their basic rights at home via activism. I personally believe that a community in which public criticism is rarely heard and peaceful activism is rarely seen is generally not a good thing. If we truly love our school, we would feel free to criticize it and find ways in which it can be improved.

Certainly, no matter where you go, there is always something to complain about. I often see it in different forms: posted on the comments of the Overheard Facebook page, expressed on my way to class or affixed to water bottles and the backs of laptops. Complaints are everywhere and they are healthy for the community. My concern is that there are many complaints on our campus and hardly any public action being taken to address them.

Complaints in our community are testimony that our First Amendment rights are being exercised, that we have a venue for expression, and that we have an environment in which students can safely communicate their concerns without fearing systematic consequences.

I must truly commend the person or group that put up the sticky notes on the campus Thomas Jefferson statue because it led to a conversation, which ultimately leads to progress. The Civil Rights Movement of the 1960s wouldn’t have existed in our history had it not been for the brave people who spoke up against Jim Crow laws and discrimination and took action to push for racial equality. Although there is still a lot of work to be done as a society in terms of equity, at least the conversation was started and sustained thanks to the heroes of black American history.

Complaints in our community are testimony that our First Amendment rights are being exercised, that we have a venue for expression, and that we have an environment in which students can safely communicate their concerns without fearing institutional consequences. I have lived in places around the world where even a whisper of complaint can land a person in jail, lead to fines or even to death. I urge students on our campus to take bolder steps towards public action. Not only is it healthy to vent, it is also good for the community, as long as it is determined to reach a set of goals or start a dialogue.

So kick some dirt, stomp your feet, get creative (I heard somewhere that students at the College have particularly high levels of creativity) and enjoy college for its freedom, because rest assured that in the workplace there will be fewer channels of expression without consequences.