What comes to mind when you think of “Silicon Valley”? Maybe you visualize a rabid, young, hoodie-clad tech devotee, running around in circles to burn off steam after shotgunning a potent cocktail of caffeine and, widely believed, some form of upper. He’s in a dimly lit pop-up company: a single, barren room excepting the menagerie of ultra-thin retina display screens. The corner of a Barclays Visa Black credit card is just barely visible over the hem of his (purposefully omitting “or her”) denim pocket. He’s not alone, of course; the rest of the start-up surrounds him — four other dudes doing the exact same thing.

I knew I wasn’t the only one.

Whether or not you conjure this mental image upon hearing “Silicon Valley,” I am more certain that you associate this place with one or more of these four things: cutting-edge technology, intrepid start-uppers, venture capitol, and the beautiful climate of the Bay Area, California, USA.

You associate this with … cutting-edge technology, intrepid start-uppers, venture capitol, and the beautiful climate of the Bay Area, California, USA.

From the obscure vantage point of Williamsburg, VA, this place holds an especially ethereal, glamorous aura in our local imagination. I am surrounded by students, including those outside of the science departments, that hope to break free of their surly ties to the East Coast upon graduation to assume a position at one of these startups, or else gain entry into a graduate institution close to an environment like this in the West. This is understandably so — after years of slogging through the competitive, institutional gauntlet of the East Coast academia, the industrial-intellectual areas of California are appealing to young people who enjoy cerebral challenges outside of beurocratic, creativity-stifling systems … with the added bonus of getting in on opportunities that have high financial upsides.

How did Silicon Valley get this way? What events in its history made it into the daredevil-intellectual’s playground (or at least solidified that reputation)? How has it managed to wed the rigor of high tech engineering with the utopian management of a decentralized co-op? Why are all of the hoodie-clad, freshly post-baccalaureate (or no-baccalaureate) buzzed nerds still flocking there today?

How did Silicon Valley get this way?

It began with radios. But we’re talking radio technology in the 1920s, so this was a cutting-edge field. The Bay Area, the ring of nine counties that circle the San Francisco Bay, is best known today for liberal lifestyles and piles of tech money, but it was originally just a shipping port for commerce and military transport. Both of these operations require radios, so a lot of radio technologists flocked to the Bay Area. In this environment, a vibrant amateur radio-tinkerer community flourished.

Even at this very premature stage of Silicon Valley’s development, one can still point out precursors to the percolating, communal nature of innovation that exists there today. The amateur radio clubs of the 1920s and 1930s provided a diverse, robust and non-competitive atmosphere for engineering ideas to mingle between creative individuals. Three individuals in particular — William Eitel, Jack McCoullough, and Charles Litton — came together through their shared radio enthusiast community. This team would go on to produce the best vacuum tubes (contraptions for generating, detecting, and amplifying radio signals or producing microwaves for communication, that were critical to military radar systems and weaponry, serving as the precursors to the mechanism of television signaling) in firms built together and apart.

Their work provided the foundation for many of the academic and cultural dynamics we observe in Silicon Valley now.  For one, they provided a new model for manufacturing and innovating new technology. Eitel and McCoullough (Ei + Mc = Eimac  ≈  iMac) began a small vacuum tube firm that could respond quickly to manufacturing needs and attempt new production strategies quickly. They also stood out for having CEO-scientists who understood their products on every level. In contrast, large East Coast firms, like the Radio Corporation of America (RCA), were too big to be as dynamic, and Eitel and McCoullough promptly produced vacuum tubes that were preferred over the mainstay corporation, RCA. What’s more, most companies that needed vacuum tubes were on the East Coast, and because of the remote location of Eitel and McCoullough’s firm, they had to produce technology that was worth the inconvenience and wait, a disadvantage that forced the firm to make better products.

Their work provided the foundation for many of the academic and cultural dynamics we observe in Silicon Valley now.

This team, in part, instigated the enduring ménage a trois between the U.S military, Silicon Valley and Stanford University. Litton began his own business, Litton Engineering Co., and fostered very close ties with a famous professor of electrical engineering at Stanford, Frederick Terman. Terman conducted research that was relevant to Litton’s klystron (an advanced vacuum tube model) production, as well as provide, freshly Ph.D’ed brainpower to Litton’s enterprises. The vacuum tube industry relied heavily on military patronage, and Stanford at that time was substantially funded by grants from the U.S. military. The reason for the government’s support of Stanford is apparent: engineering students from Stanford could take their smarts to the Bay Area and produce more vacuum tubes, or other such military-applicable technology upon graduation. This mutualistic relationship between business, academia, and government support was arguably the most lucrative feature of Silicon Valley’s early history.

The U.S. government noted Litton’s individual success, in tandem with Terman’s research, and as a result Litton Engineering Co. received generous funding from the Department of Defense. His model of research, university partnership and subsequent military support was mimicked by many emergent businesses in the bay area. Here, the conditions were ripe for cultivating a successful startup.

Here, the conditions were ripe for cultivating a successful startup.

Cue the Varian brothers. Richard and Sigurd Varian had a shared unorthodox background as far as Silicon Valley CEOs are concerned. While they were Stanford educated, and very much the desired product of the military/Stanford/Silicon Valley three-way, the pair had grown up in a “utopian community” in Halcyon, CA, and as a result held very progressive beliefs and a distrust of large institutions.

Varian Associates, the klystron company they eventually founded, reflected that in obvious ways. Their firm was employee-owned, which meant that only individuals on the Varian Associates pay roll could own stock in the company. To make this possible, the firm had to stay small, which fell in line with the brother’s vision to run a business like a university. The Varian crew was composed of a small group of highly skilled scientists built on connections foraged at Stanford. This organization is the most reminiscent of the typical start-up as we conceive of them today: only 5-10 members, a culture of experimentation, emphasis on employee equality, and high-quality/small batch style of manufacturing. Whereas Litton, McCullough, and Eitel laid the foundation to make novel business models like this possible in Silicon Valley, Varian Associates set the ideological parameters for running a successful, creative firm in the high-tech industry.

To round off the early origin story of Silicon Valley, we turn our attention to the Nobel Prize-winning co-inventor of the point contact transistor — which was the crucial precursor for microchip technology — and notoriously incorrigible boss, William Shockley. Shockley moved to Palo Alto after claiming the Nobel, and set up a semiconductor lab peopled by the brightest in the field (because, why wouldn’t you want to work for a recent Nobel laureate?).

Considering his tendency to be an ‘incorrigible boss,’ a dynamic group of eight scientists left his operation to start their own. Known as “The Traitorous 8,” these defectors included Julius Blank, Victor Grinich, Jean Hoerni, Eugene Kleiner, Jay Last, Gordon Moore, Robert Noyce and Sheldon Roberts. In 1957, they founded Fairchild Semiconductor only a mile away from Shockley’s post. Together, this team took multiple transistors connected them on a piece of silicon, and there you have it: a microchip, the first of its kind. Shortly thereafter, NASA fashioned the electronic systems on Apollo spacecraft with Fairchild microchips.

Together, this team took multiple transistors connected them on a piece of silicon, and there you have it: a microchip.

This group did not stay together for long. As a team, they were beholden to old-school big-business executive investors on the East Coast, which they felt held them back from freely advancing their technology. The Traitorous 8 gradually split off to form their own companies (you may have heard of Intel, for example). By that point, after proving itself as the decided hub of American tech, the area was fertile, albeit volatile, ground for scientist-entrepreneurs and rich folks looking to invest in them.

In 1971, a series of articles appeared in a business newspaper titled, “Silicon Valley USA.” It was the first time the name had been used in print, and it had a nice ring to it. 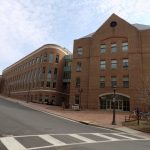 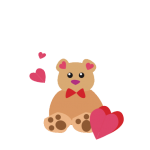