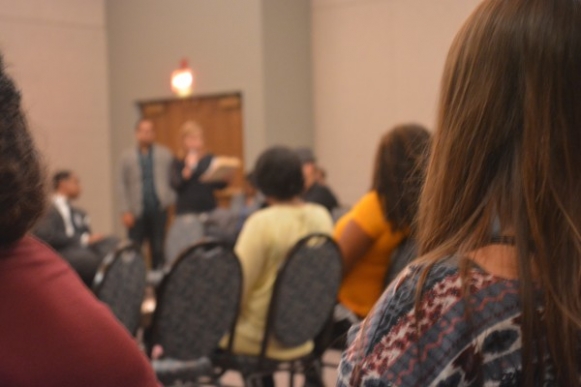 College of William and Mary President Taylor Reveley updated the College community April 19 with his report on the findings of the Task Force on Race and Race Relations. Over the course of the past year, the Task Force met with students, faculty and staff before presenting their recommendations to Reveley.

The Task Force released a 112-page report including 51 recommendations for College administrators. Reveley’s email highlighted the immediate steps the College would make to address the recommendations.

According to Reveley, one of the first actions the College will take is to launch a million dollar initiative to recruit diverse faculty. Administrators will propose a budget that includes $500,000 toward this goal during this week’s Board of Visitors meeting and will recommend adding $500,000 for the 2017-18 academic year.

Administrators will also propose that the Board of Visitors name two buildings in memory of African Americans who are considered important to the College’s history. Specifically, they will propose that one of the Jamestown residence halls be renamed Lemon Hall after an enslaved man owned by the College in the 18th century and that the other Hardy Hall after former Student Affairs administrator Carroll Hardy.

Additionally, Reveley announced that the College will strengthen diverse hiring and training practices, establish mandatory diversity training for faculty and staff and appoint a committee charged with reviewing the Task Force’s recommendations. In response to concerns voiced by non-exempt African American employees in Facilities Management, the College will hire an external consultant to help develop a plan to improve workplace conditions, review wages and examine management practice.

Reveley said that he and Provost Michael Halleran are committed to making the College more diverse and inclusive.

“As the Provost and I discussed with the Task Force members, William & Mary is committed to becoming a more diverse and inclusive university for every member of our community,” Reveley said. “W&M, because of its past, has a special obligation to do this for African-American faculty, staff, students and alumni.”

Reveley also used this email as an opportunity to cite steps the College took earlier in the year to address issues regarding race on campus. He said that the work of the Lemon Project has influenced other universities, as well as the College’s decision to remove Confederate imagery from the College Mace and replace a plaque in the Sir Christopher Wren Building to include the names of all alumni who fought in the Civil War, not just those of Confederate soldiers.

“All of us – students, faculty, staff and alumni – have a role in shaping what William & Mary becomes,” Reveley said. “It’s vital that we continue to take steps crucial to the health and success of our community.”

Task Force Chair Chon Glover M.Ed. ’99 Ed.D. ’06 will summarize the work of the Task Force and its recommendations during the Board of Visitors full board meeting Friday, April 21,.