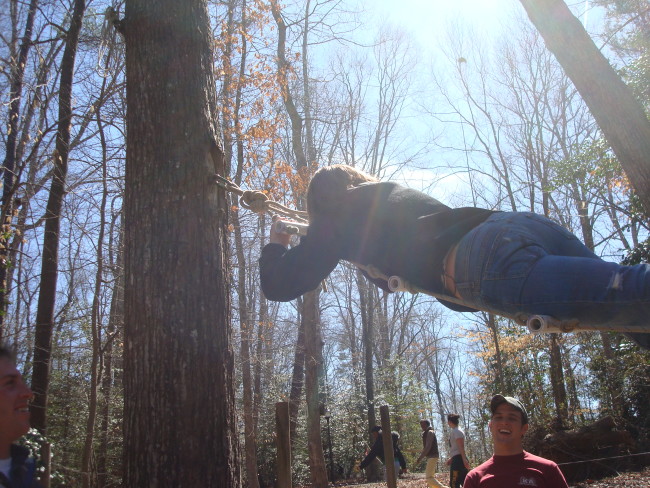 Following an almost 20 year-long evolution in the College of William and Mary’s kinesiology and health sciences department, the program will stop offering activities classes after the spring of 2018.

These classes are part of the Activity Program, which was designed to provide instruction on outdoor and physical activities. The classes aim to provide students with the techniques and skills needed to maintain health and wellness as specified in the Surgeon General’s report on physical activity and health.

In 1995, Kinesiology Department Chair Michael Deschenes said that the department was mainly an activities program staffed by faculty members who were former coaches. Additionally, the undergraduate curriculum required each student to take two activities classes before graduation. Over time, the College hired academically trained faculty to teach more academic classes and the “evolution” began.

“One of the deans [at the time] decided not to require students to take activities courses,” Deschenes said. “You could see a de-emphasis on activities [and] an increased focus on academic courses. The number of majors grew dramatically in 20 years … then came the realization that we were slow to catching on. Most of our students were going off into the clinical backgrounds. The department is definitely more academically focused now.”

Now, the department employs three full time, non-tenure eligible instructors that are each on one-year contracts. As this evolution has gone on, Deschenes said he has spoken with these three instructors, warning them that eventually their contracts would not be renewed. The decision made this year has given them a terminal contract, which means that their time working for the kinesiology department will end after the spring of 2018.

Part of why this decision to phase away from activities courses was made this year was because the Campus Master Plan includes the demolition of Adair Hall — the current home of the kinesiology department. When this happens, the department will move into a new addition to the Integrated Science Center, but the building will not have room for the activities spaces.

Another factor in this decision was the College’s increasing apprehension about the ropes course because of potential liabilities in the event of a student being injured. Administrators moved the responsibility for the ropes course to the Department of Campus Recreation, which has been actively overseeing the program since January 2016.

While there are no current plans for employing the activities faculty after their contracts with the department expire, Deschenes said it would make sense for them to be hired by Campus Recreation. Following the demolition of Adair Hall, plans call for a new wellness center to be built on that property. Deschenes said that if funding allowed it, their terminal contracts with the kinesiology department would still allow Campus Recreation to hire them.

According to Director of Campus Recreation Linda Knight, she would be willing to take on the responsibilities of managing the activities faculty, but at this time, Campus Recreation does not have the funds to pay their salaries.

“I’d be willing to take over the responsibilities,” Knight said. “I just couldn’t commit right now to paying salaries.”

Although this evolution of the kinesiology department has been framed as the start of a more academic focus, there is currently no funding to expand the types of classes offered. In the future, Deschenes said he believed it is important for the College to begin offering more nutritional science classes. Currently, the department offers some nutritional science classes, but they are taught by physiology professors.

Deschenes said he thinks it makes more sense to offer classes like those in nutritional sciences, which he believes many students would be interested in, as opposed to activities classes. He cited the fact that many other comparable universities offer such classes as a reason the College should invest in them.

“In my position, I am here to serve as many students as best as I can,” Deschenes said.

Future decisions to allocate funds to hire new kinesiology faculty would come from Dean of the Faculty of Arts and Sciences Kate Conley, who supports the department’s curriculum change.

“It’s normal for any department to have a curriculum that changes and evolves over time,” Conley said. “Departments regularly review their curriculum and they made a curricular decision to move in a different direction, to conclude the activities department. That was an academic decision I support as dean.”