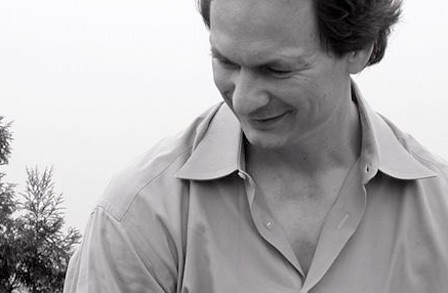 A student setting foot on campus for the first time may have countless thoughts running through their head: Where do I get my room key? Will I like my roommate? What classes should I take? What am I going to do with my life?

For many students the answer to the last question might be influenced by pressure from their family. According to Forrest Gander ’78, the pressure to choose a path that leads to a “real job” is not unique to students today, and the dichotomy between responsibility and passion is something he has had to deal with for a long time.

“I was raised by a single parent — my mom — and I was the only male in the family so I took a lot of responsibility for getting a responsible job,” Gander said.

Gander graduated from the College of William and Mary in 1978 with a degree in geology and an unofficial second major in English. He enjoyed his geology classes, but always had a passion for English, writing and sharing his own poems.

Although he is now a published poet, writer and translator, Gander said that he had a long journey from his freshman year to his current success.

“When I came out of high school, I thought I was kind of a hot poet,” Gander said. “I had a professor at William and Mary my freshman year whose name was David Jenkins … and I showed him my poems my first semester at William and Mary and he had me in his office and he looked at me and said, ‘These are terrible.’ And that was so good for me, that someone was honest with me. And it made me realize that I needed to learn something.”

He kept pursuing poetry and taking English classes, but Gander started to hone in more on his chosen field of geology. He said that in addition to providing good scientific grounding, geology helped him to look at the world more carefully, which in turn helped him become more intentional and detail-oriented in his reading and writing.

Gander said that, for him, geology and writing are very much interlinked. He draws on his geological knowledge in his writing now, bringing in themes of the environment and ecology.

After graduating from the College, Gander took a job in a geological field in Washington, D.C. That’s when his life took a major turn.

He was diagnosed with melanoma.

“I had a period of time to really reconsider my life and wonder, if it was going to be short, what I most wanted to do,” Gander said. “You don’t want to be a 50-year-old person doing something that you’re not passionate about. And if you are passionate about something — like literature or writing — if you pursue it, surprising things open futures for people.”

As he overcame melanoma, Gander applied to MFA programs and began to pursue what he really wanted to do, and in 1988 published his first collection of poems, Rush to the Lake.

Looking back on his experience at the College, Gander could not think of anything he regretted.

“I was majoring in both geology and English so I was studying a lot, but I can’t say that I regret that,” Gander said. “My time [at the College] was really good.”

He said he had a lot of freedom to make the most of his experience because “the sixties came late to Virginia.”

Gander especially remembered the times he spent with his friends outdoors on campus, climbing trees and swimming in Lake Matoaka, despite the rumors of parasitic amoebas he often heard.

He even wrote about the College in one of his books.

“I’ve written about one particular adventure at William and Mary in my latest book, which is this novel called The Trace, and a character talks about sneaking down through the steam tunnels and going down under the Wren Chapel to the tomb of Lord Botetourt,” Gander said. “That didn’t happen to me of course, it was against the rules.”

Despite the things he learned in class and the opportunities he had on campus, Gander said that his favorite memories from his time at the College were of his friends.

He advised new students to drink everything in, to go after their passions and to remember that friendship is the most important thing.

“It was the friendships that I made in college that have been central to me for the rest of my life,” Gander said. “It’s the thing that Albert Camus says, that ‘heroism is a secondary virtue, but friendship is primary.’”