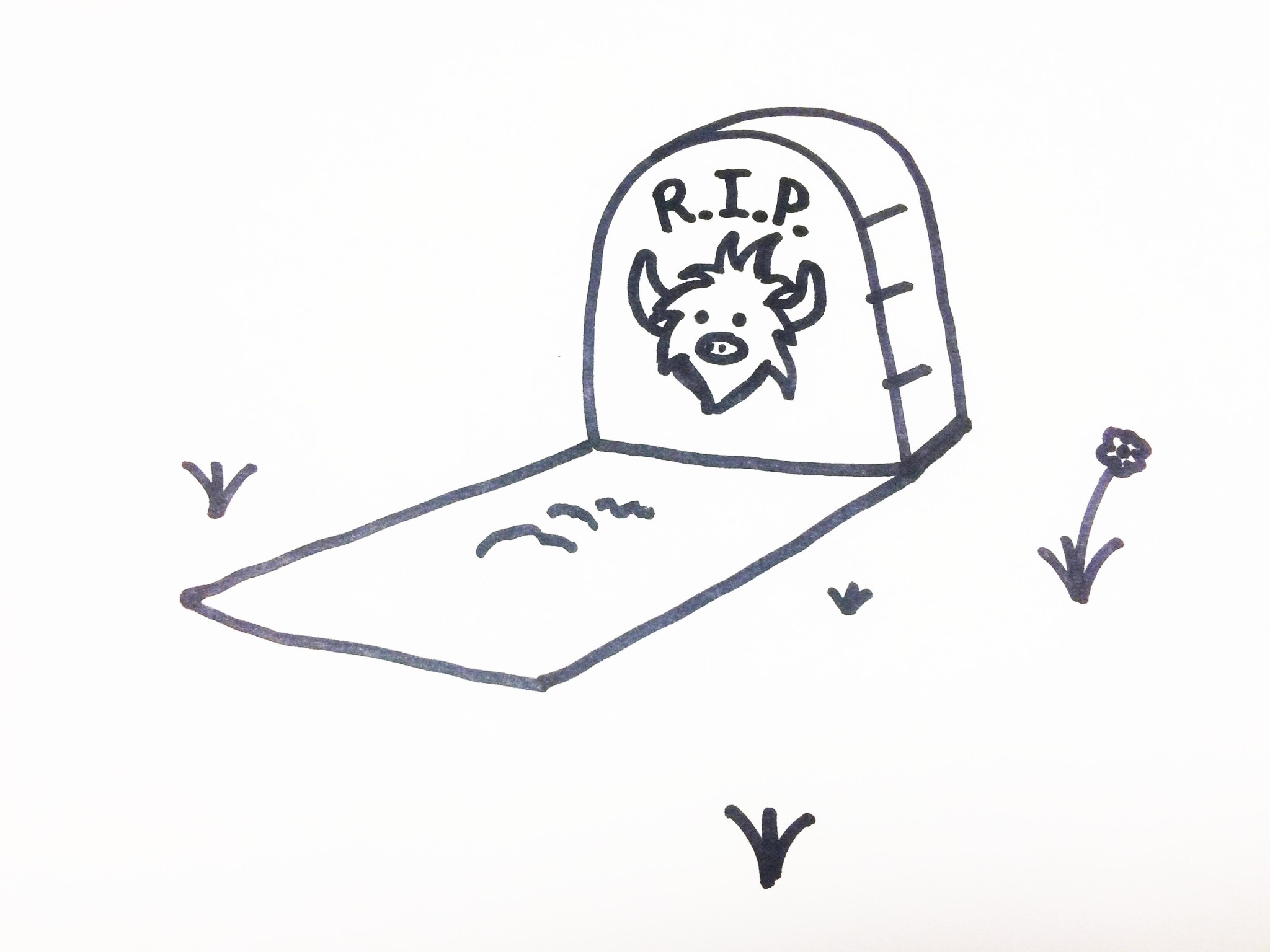 Yik Yak is dead. People love to say that about every website that’s more than five days old, but this time, it’s really true. The app, which allows people to create and view discussion threads (called “herds”) within a 5-mile radius, has become something that no longer appeals to most people. You might wonder: what was lost, and how, and why should anyone take note?

In the beginning, Yik Yak was completely anonymous, with only a basic upvote/downvote system. It was like a slicker, far more moderated 4chan, and its content reflected that. Wild stories, wry observations, emotional confessions, inside jokes, sexual frustration and inane gossip were all available at the tap of a finger. All of it was tied to your area, and because Yaks with more than five downvotes were automatically deleted, nothing too awful stayed up for long. This gave it an advantage over similar platforms, and the app took off.

Soon Yik Yak developed its own ecosystem. It became heavily tailored towards college students, and each college seemed to have its own collection of memes and trends. At William and Mary, for example, people joked about the almighty status of “black boot” (a randomly assigned icon in the comments section), clearly-fake compliments from people claiming to be visiting UVA students, and the kid from Williams College who supposedly made William and Mary his herd. It doesn’t sound funny looking back, and it wasn’t, really, but like all cultural memes they provided very small points of unity. You could also look at other herds, organized by school, which made for some interesting interactions during football games. And you could set your “home herd” to where you went to university, so if you didn’t like the herd at home, you could still carry a small piece of your school with you.

What’s interesting is that, for the most part, Yik Yak remained a fairly neutral reflection of William and Mary’s environment. It drew all types of people and promoted a sense of shared experience and community. Even the most oblivious freshman would “know” that the Caf was better than Sadler, or that such-and-such was a terrible place for a party. The atmosphere was casual and impersonal, a passing conversation minus the niceties and inhibitions that come with interpersonal interaction.

But all things must come to pass, and as time wore on, Yik Yak stopped growing as quickly. Plenty of people still used it, but it wasn’t growing quickly, and it no longer had a sense of exclusivity or insider-ness. This doesn’t have to be an issue, but the developers had a major monetary interest in seeing the app remain exciting, fresh and vibrant. They wanted to improve on their formula to stay relevant.

The way they went about this seems, in retrospect, bizarre. Slowly but surely, they stripped away the features that had made Yik Yak what it was. First came the usernames. This was fairly innocuous, since you weren’t required to use them, but why add this feature when Yik Yak’s appeal rested largely in its total anonymity? What else were people using Yik Yak for? Then came the profiles, another leaden anchor of continuity in a medium that was supposed to be about fluidity. The app started to send notifications about global leaderboards and trying to create competition. This mechanic was nonsensical (of course densely populated areas are going to have higher scores), but more importantly, it undermined the localized, community aspect that drove the app’s very existence.

Yik Yak failed because it stopped being true to itself, and tried to reinvent itself based on what it saw succeeding.

At some point came the profile pictures, at which point it became clear that Yik Yak was no longer concerned with anonymity. Even if you made the picture a cartoon frog or a solid color, it promoted image-consciousness. Yik Yak was trying to get you invested in your personal presence on their app, which, again, defeats the point of anonymity. Still, I kept the app on my phone until they made usernames mandatory. Now you weren’t just encouraged to name yourself; you were being forced to do so. By now, Yik Yak has become the opposite of what it set out to be. It’s gone from a popular café to a run-down cafeteria selling terrible memes. The comments are the sort of toothless, irrelevant observations that you could get by, you know, going outside and talking to someone for five minutes.

Why did it happen? I’m guessing that Yik Yak’s developers looked at bigger social networks, and tried to copy what keeps them alive. First it tried to be even more like Reddit, which is never a good sign, and then it took it a step further. Perhaps they noticed that ego investment was working for a lot of sites. Some consider Twitter popularity and Tumblr followers a mark of personal achievement, and they generate consistent traffic in order to get more of that validation. Maybe the developers of Yik Yak thought that by aping profiles with pictures and “raising the stakes” through global leaderboards, they would create that sense of competition, and it would keep them going.

But Yik Yak was about community, not competition – communism, not capitalism, if you will. If people wanted to be personalities they would go on a site that was built to facilitate that, like Twitter. Yik Yak failed because it stopped being true to itself, and tried to reinvent itself based on what it saw succeeding. Basically, it went through middle school. As most people learn by college, the irony is that being a copycat is incompatible with lasting coolness. Being cool happens when you’re doing your own thing in a way that other people find appealing. If you have to mimic the traits of others, your insecurity becomes more visible and people see you as a try-hard.

Anonymity can provide an escape from this artificiality, and remind us that when all is said and done, we are nothing if not ourselves.

Still, Yik Yak’s fate is poignant. Can’t we all relate to feeling inadequate when we go on social media? When you see a hot person’s Instagram, a witty person’s Twitter or a rich person’s Facebook, it’s so easy to doubt yourself. Maybe it’s tempting to pose and primp your life to make it seem a little more interesting than it is, because the underlying message in this stream is that if everyone else’s life looks that good, yours must be lacking. Social media can generate connection and community, but by that token, it can encourage shallow competition and conformism. I like to think that College students are conscious of this, but we’re only human.

Anonymity can provide an escape from this artificiality, and remind us that when all is said and done, we are nothing if not ourselves. There’s safety in following the herd, but if everyone’s waiting for the yak in front of them to move, nobody will move at all. So embrace your best qualities, the ones that make you who you are, and know that they’re worthy whether or not other people are praising them all the time. Basically, you do you. Go climb that Himalayan mountain and feel the wind on your fur, you majestic bovid, you.