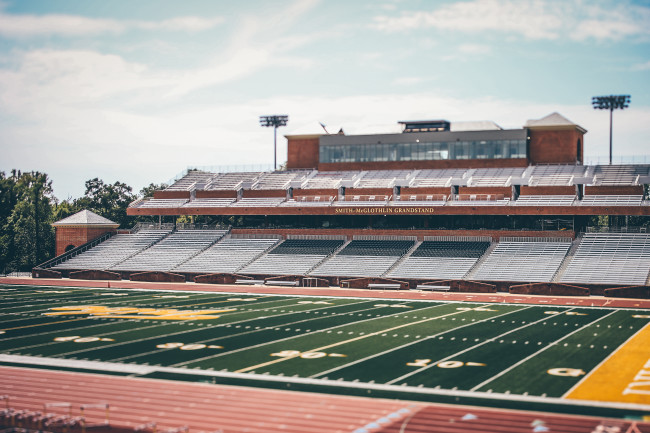 College of William and Mary President Taylor Reveley announced Friday afternoon that student fees allocated to the renovation of Zable Stadium would be eliminated for the spring 2017 semester. In a campus-wide email, he said students would receive a credit to their account for $18.

Renovations to Zable Stadium cost approximately $28 million, with $24.4 million raised in private donations. To fill the fundraising gap, the College included an $18 per semester charge in the student fee. According to Senior Vice President for Finance and Administration Sam Jones, this is a typical way of “bridge funding” auxiliary enterprises like athletic facilities and student housing projects.

When the stadium renovation was announced, Tribe Athletics said that construction would be funded solely through private donations.

The decision to add an $18 per semester fee came because of a lack of private funds and an inability to use state funding for this project. Jones said that when the College realized the contradiction of their earlier promise, they made the decision to eliminate the fee.

“We’ll admit when we made a mistake, and we made one here,” Jones said.

Jones said that, with projects like the stadium renovation, it is typical to not have all of the necessary private donations at the finish of the project, but that the College, specifically Tribe Athletics, was working to identify new donors.

“Zable Stadium has undergone a major renovation, one long overdue for a facility built in 1935,” Reveley said in the email. “Fundraising to cover the remaining cost of the renovation continues and will succeed. Student fees are sometimes used for debt service on campus facilities, including non-academic buildings, but this will not be the case for Zable Stadium.”

The donations that the College received previously for Zable Stadium were specifically allocated for that renovation project. Much of the project was funded by the estate of Walter J. Zable.

College spokesperson Brian Whitson emphasized that the College’s decision was an issue of miscommunication.

Jones also said that, while some are disappointed that the College has not raised all of the sufficient fees, he hopes people realize that the Zable Stadium project was a “good project.”

“What’s getting lost is that this project is appropriate for William and Mary,” Jones said. “We did it really well, but we did it in the scope of what William and Mary is. We know we are not an SEC school.”

The $18 fee was first reported by the Williamsburg Yorktown Daily on Sept. 7.

The overall student fee was approved during April’s meeting of the Board of Visitors, but the $18 fee was not specifically voted on in a specific Board resolution.

The breakdown of facilities fees was sent out to parents and students during the fall semester’s electronic billing process.

Additionally, a breakdown of the whole student activity fee is available on the College’s website.

When students first found out about the fee, many posted on social media to share their feelings.

One student, Lindsey Carter ’18, said that she felt that the College went behind her back.

“I saw an article about it first and I tried to keep calm because I wanted to figure out what was actually going on,” Carter said. “I was really, really irritated and mad at the administration. I think it’s wrong that they would go behind our backs. I’ve been hearing from the get go that this was funded entirely by donations … I think if they’re using money from us, even if it is just $18, we should have known about it.”