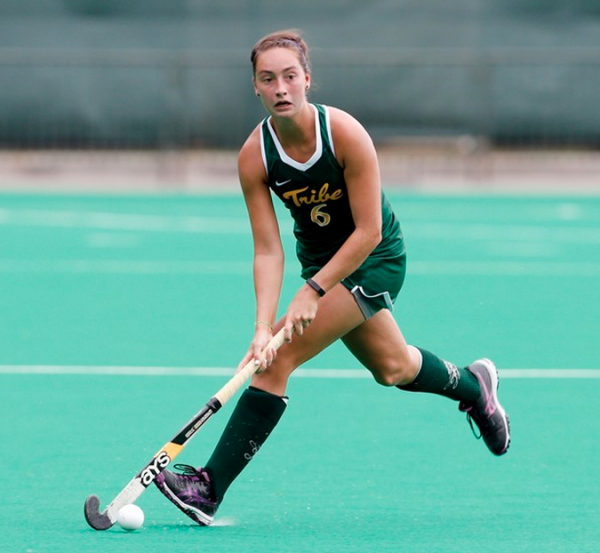 William and Mary built on its strong performance last weekend with a dominant pair of victories this weekend to improve to 3-4 and firmly turn the season in the right direction.

The College began its weekend by sweeping Richmond 3-0 on the road Friday night, which it followed up with a 3-2 shootout victory at Davidson Sunday afternoon.

Junior forward Cammie Lloyd scored twice to give the Tribe a lead over Richmond. The first of the two was unassisted and came early, giving the College a 1-0 lead less than 13 minutes into the game. The Tribe kept the offensive pressure on for the remainder of the first half, firing four more shots before the break. Richmond matched the College’s offensive attack as the Spiders also attempted five shots, but were unable to manage a goal.

The Tribe kept the pressure on to open the second half. In the 40th minute, junior midfielder Erin Menges delivered a pass to Lloyd, who once again capitalized on the scoring chance for her second goal of the match and fifth of the season. Just eight minutes later, senior forward Olivia Hajek scored her first goal of the season to give the Tribe a 3-0 lead.

The College’s defense was particularly strong, as the team recorded its first shutout of the season behind five saves from freshman goalkeeper Morgan Connor.

Despite the final score being a blowout, Richmond out-shot the Tribe 13-11 and held a 9-4 advantage on penalty corners. The College’s defense was particularly strong, as the team recorded its first shutout of the season behind five saves from freshman goalkeeper Morgan Connor.

On Sunday, the Tribe could not match its quick start from two days prior, as Davidson jumped on early opportunities to build a 2-0 lead by halftime. In the 45th minute, freshman forward Cata Days buried a shot after passes from junior midfielder Booter Ellis and sophomore midfielder Jenny McCann to cut the deficit to 2-1.

Following the goal, the College offense stayed assertive, firing away five shots in 18 minutes, the last of which was converted by freshman midfielder Cassidy Goodwin with assists from Days and Menges to tie the game at two. The score remained tied for the remainder of regulation and throughout the 30-minute overtime period.

For the first time in 20 years, the Tribe emerged victorious in a tense penalty shootout, winning 4-2 after goals from Hajek, Lloyd, Goodwin and freshman forward Annie Snead.

The College looks to push its winning streak to three games when it returns home to face Liberty on Sunday at 1 p.m.