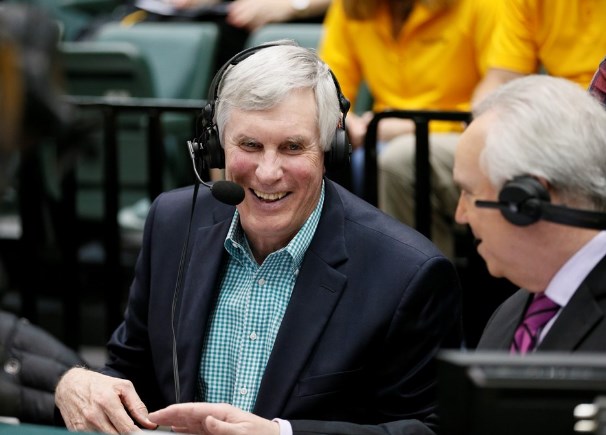 This afternoon, longtime William and Mary Athletics Director Terry Driscoll announced his plans for retirement after more than two decades at the helm of the College’s NCAA Division I athletics department. His departure is set for June 30, 2017, after the conclusion of spring sports.

Over the past 21 years, Driscoll has not only overseen championship-level teams and high student-athlete academic ranks, but has aided in progressing the Tribe to what it is today, both in groundbreaking facility building and hiring strong candidates for leadership and coaching positions.

During his tenure, 114 Colonial Athletic Association titles — including eight in 2015-16 — have come home to Williamsburg, more titles than any other school in the conference during the span. With regards to academics, the Driscoll-run program has found a formula for balancing coursework and athletics that leads to success in both, overseeing 118 teams with 100 percent graduation rates and 67 CAA Scholar-Athlete of the Year Awards (since the award’s inception in 2002-03).

“It is an enormous understatement to say Terry will be missed by all who love the Tribe,” College President Taylor Reveley said to Tribe Athletics. “His legacy at William and Mary will be long lasting.

“It is an enormous understatement to say Terry will be missed by all who love the Tribe,” College President Taylor Reveley said to Tribe Athletics. “His legacy at William and Mary will be long lasting. During the past two decades, Terry has led our Athletics Department and all its members — coaches, staff and students — with rock-ribbed integrity and an uncanny combination of virtues: sound judgment, encouragement, a willingness to make tough decisions when necessary coupled with compassion, and abiding commitment to the ideals that set William and Mary apart in the world of college sports.”

Since the mid-1990s, the landscape of Tribe Athletics has shifted considerably, with the construction of baseball’s Plumeri Park (1999, indoor practice facility 2016), lacrosse and soccer’s Martin Family Stadium (2004, updated 2011), the Millie West Tennis Facility (2001), the Jimmye Laycock Football Center (2009) and, most recently, the Smith-McGlothlin Grandstand at Zable Stadium (2016) and all of the additional improvements involved in the renovations.

In spring 2015, The Flat Hat spoke to Driscoll about his Committee for Competitive Excellence Report, which outlines an improved fan experience as well as financial and proposed plans for further improvements to facilities as well as increasing scholarship money to the NCAA’s limits, under the wording “a championship experience for every student-athlete and every fan.” With his departure, the report remains a guideline for the future of the College’s athletics department for years to come.

“It’s an exciting time for the Tribe and I’m proud about what we’ve accomplished together, but it’s time for me to go, personally as well as professionally,” Driscoll said to Tribe Athletics.

“It’s an exciting time for the Tribe and I’m proud about what we’ve accomplished together, but it’s time for me to go, personally as well as professionally,” Driscoll said to Tribe Athletics. “The future is bright, and someone coming in now with this long-term plan in place can hopefully take this foundation we’ve set and take it to the next level.”

Driscoll’s retirement is set for one year after the retirement of former long-tenured CAA Commisioner Tom Yeager. As the longest-tenured AD in the CAA, Driscoll leaves behind a championship legacy of his own with big shoes to fill for his successor.

“I’ve known a lot of athletic directors and administrators over my career, and as far as having an athletics director with the understanding and appreciation of an institution, I can’t think of a better match anywhere,” Yeager said to Tribe Athletics.

A nation-wide search committee will form in the coming weeks to find a suitable replacement for Driscoll.