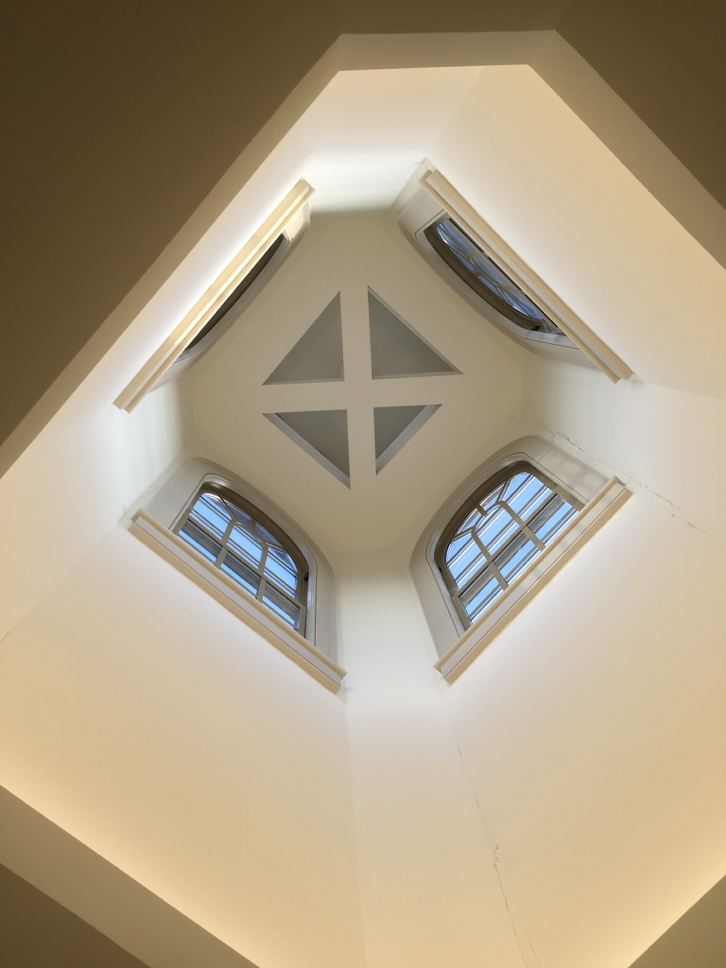 William & Mary students, you may not have noticed, but campus has been overrun. I’m not talking about squirrels or the recruiters from an amorphous mass of consulting firms, not even about our weird Twamp culture that kind of normalizes being stressed out all the time. No. It’s something much older, much more sinister. The kind of thing lying in wait, completely out of your mind until you notice it.

See it? No. Probably not. Here:

Yep. It’s sitting on the roof of Tucker, but you’ve never given it a second thought. Well, that’s what this blog is for. I am here to open your eyes to the inundation of cupolas that have taken over our beloved Williamsburg.

What is a cupola? A cupola is one of the stranger ornaments that pop up on the roofs of buildings, especially among our Neo-Georgian/Neo-Colonial corner of Virginia. The first one that comes to mind for all of you is probably the one on top of Wren, but I didn’t want to start with that because I want to figure out what I’m doing with this blog before I tackle the big dogs, we’ll get to it eventually.

Not quite a spire, not quite a dome, cupolas are tower-like structures that let in light or air, or both. Tucker’s cupola does a beautiful job of letting in light, and it appears that once upon a time the lower windows opened, though I doubt anyone has opened them as of late.

For some of these blogs, I may wax poetic on the form of the cupola, the execution of design, or the history. Others I may not, because again, I rarely know what I’m talking about. This week, however, I do know a bit about the history of the Tucker cupola.

In 1909, when Tucker opened as the College’s library, there was no cupola. For much of its life Rucker was a sad, flat little building, much like our current library. In 1922, the college expanded the library, but it was still not quite right. Another renovation was planned and completed in 1930, just in time for the future-Tucker to make a cameo in the background of this photo of future-Tyler on fire. Now, the building was finally complete. Elegant, exalted, breezy, easy, beautiful at last. The cupola featured prominently in the recent renovation, restored to let in light that would reach much of the building. The Wren-referencing octo-windows at the top are still ornamental, rather than functional, but that just means that future renovations have their work cut out for them to make this cupola reach its full potential.

Thank you for joining me this week, and I hope you come back again. I won’t tell you how to build a cupola, or where to buy them, but I will point out some of the hidden treasures that surround us on campus. And once you start seeing them, you’ll never stop.

Come take my hand, let’s go on an adventure.