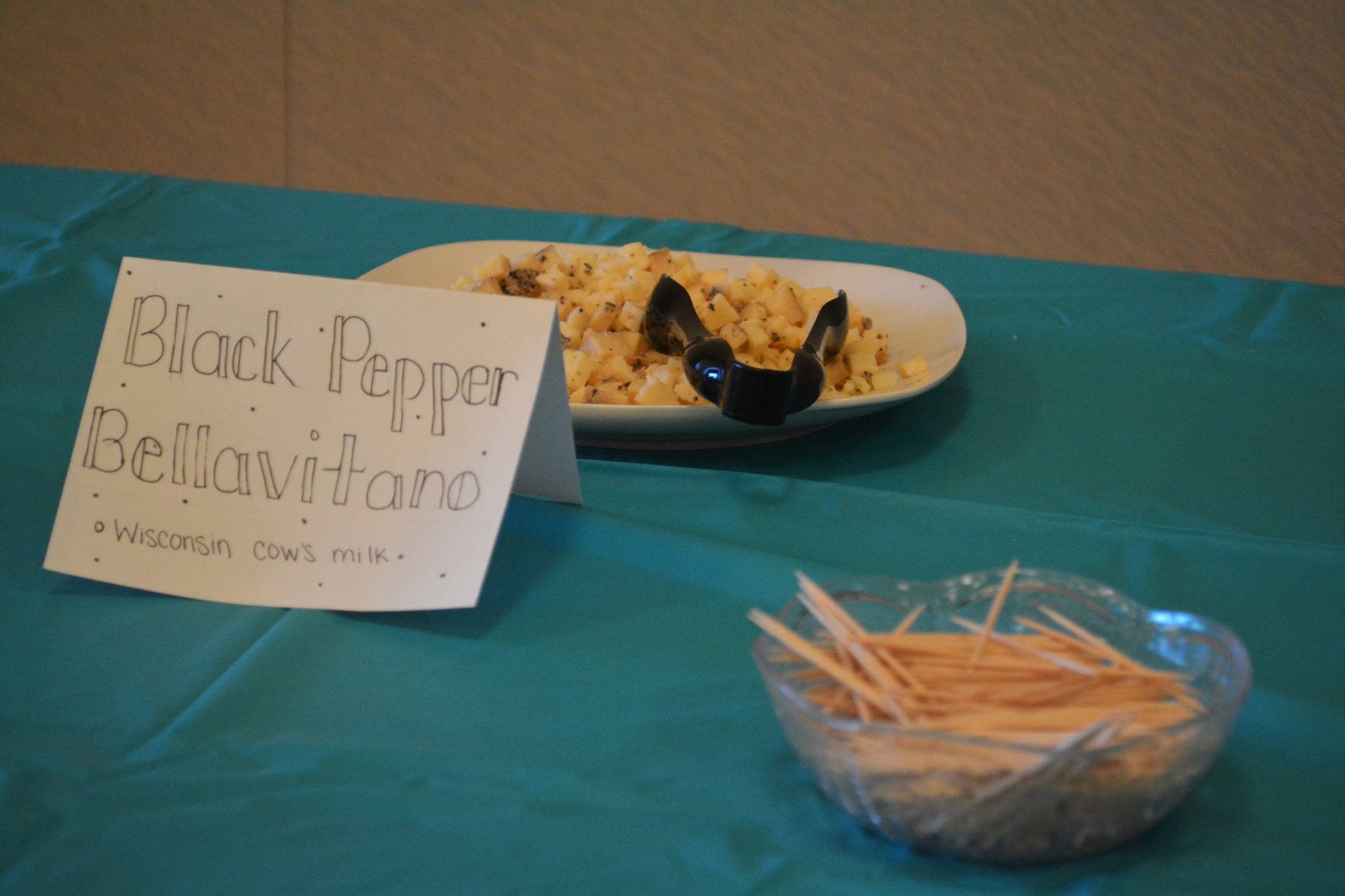 On Saturday, Oct. 29, tables piled high with cheese stretched along the vast walls of  Chesapeake A in Sadler Center. On that day, cheese lovers at the College of William and Mary had the opportunity to attend the Cheese Club’s biggest event of the year: CheeseFest.

The idea for the Cheese Club came about when Aaron Bayles ’17 shared some of his favorite food with his hallmates. Since then, the Cheese Club has become a well-known club at the College, with CheeseFest being their biggest event. According to Bayles, the expected attendance for the first CheeseFest three years ago was around 50 people, but to the club’s surprise, around 150 people showed up.

Each year since, CheeseFest has drawn in approximately 200 students. Bayles said his goal this year was to make the event “a big blowout,” while still keeping the general layout and structure of their regular cheese tastings.

“The money we make goes back to our members so we can provide more for them and host more events,” Bayles said.

“We form [CheeseFest] like one of our typical tastings,” Bayles said.

A typical tasting at a Cheese Club meeting might offer about $70 worth of cheese. CheeseFest had over 14 cheese-related items, ranging from macaroni and cheese to Black Pepper Bellavitano. This year’s CheeseFest also offered more cheese from The Cheese Shop than ever before.

The total selection of cheeses added up to about $200, which worked out almost perfectly with the club’s projected budget. The club allocated $200 to put towards the event, with room to push it if advanced ticket sales were high. This was an increase from previous years, according to Bayles, who said the club aimed to make the event bigger than ever this year.

“We do want to have some profit,” Bayles said. “The money we make goes back to our members so we can provide more for them and host more events.”

The event consisted of more than just a cheese sampler. Smooth jazz played in the background while attendees piled their plates full of Swiss fondue and cubes of Manchego. A photo booth was set up for students to pose in front of a large CheeseFest banner while holding up laminated posters with cheese-related puns on them. CheeseFest also featured an a capella performance for the first time this year. Campus a capella group TribeTones performed while students sat and chatted around their plates.

Bayles said he had planned for a cheese-related trivia game, complete with items from the Cheese Shop as prizes. However, the ballroom’s broken projector prevented the trivia from taking place, and the event had to end about 25 minutes earlier than scheduled.

Cheese Club member Elise Mitchell ’20 said she loved the event despite the technical difficulties and that she tries to go to as many Cheese Club events as she can.

CheeseFest was not limited to current Cheese Club members, and the club hoped to use it as a way to attract new members.

“It’s open to the campus community so people can buy tickets to come,” Bayles said. “The best way to become a cheese nerd or become knowledgeable about cheese is to have all the cheese at the same time and be able to try it all.”

Non-club attendees who went to the event had the opportunity to purchase a discounted membership to the Cheese Club for 12 dollars.

“It’s a big selling point for the CheeseFest,”Bayles said.

Cheese Club members were able to enter the event for free while nonmembers had to pay a seven dollar entrance fee. Nonmembers such as Linh Quan ’18 said the event gave her the opportunity see what is available to members of the club.

“I didn’t know what to expect,” Quan said. “But this is pretty nice.”

Bayles said that the club usually sees a substantial increase in the number of club members immediately following CheeseFest.

When CheeseFest came to an end, students flooded out of Chesapeake A, leaving behind mostly empty trays. According to Mitchell, even the more unusual cheeses were completely devoured, leaving only crumbs on the plates.

“Every cheese has a situation to be enjoyed in,” Mitchell said.