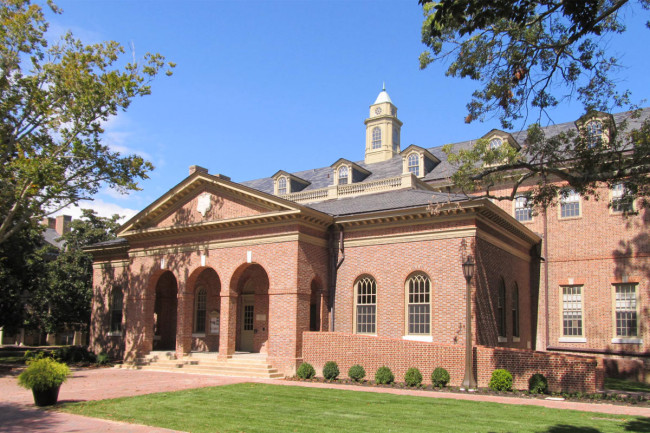 With the 2016 election cycle coming to an end, students at the College of William and Mary have spent months discovering, campaigning for and arguing against a multitude of political ideologies. Four political organizations on campus have lent most of their time to such activities.

While students join these organizations for a variety of reasons, the leaders from each of the organizations mentioned the most common motivations students cite for joining.

General Secretary of the College Socialists Nico Villarreal ’19 said that most of their members are students who believe in basic socialist ideas.

“We unify around socialist principles, basically,” Villarreal said. “We are united in our opposition to capitalism and to many of the problems that it causes, as well as a general progressive bend that’s deeply ingrained.”

“A lot of people with varying interests and varying, ‘Why I’m a conservative’ answer[s] to that question are in the club,” Brannock said. “It’s a wide spectrum. But we coalesce around the ideal of being conservative.”

“I don’t think party loyalty and rallying around ideals are mutually exclusive,” Mehrotra said. “I think everyone in our organization is certainly progressive, and what unifies us is our belief in progressive values and thoughts.”

President of the College Libertarians Skip Estes ’17 said that the libertarians on campus fall between the left and right of the political spectrum and represent a combination of political beliefs.

“There’s usually a distinction made between right and left libertarianism, with left considering social issues to be much more important and right libertarians being very much about national rights, fiscal issues and that kind of hard freedom in general,” Estes said. “There’s a pretty good mix. I think that lends towards the club’s quality a little bit.”

Villarreal said that members of College Socialists find some difficulty expressing their views because they feel that there is a stigma against socialism.

“Certainly most of us have friends that we can talk to about our beliefs with, but I do know that a couple of our members do have a lot of conservative friends that won’t talk to them about politics and that sort of thing,” Villarreal said. “And certainly there are a lot of conservatives on campus. Socialism is still somewhat of a radioactive word, thanks to our history with it.”

Mehrotra said that the members of the Young Democrats feel very welcome on campus and that liberal support is easy to find among the community.

“I think that Hillary Clinton embodies the values that a lot of students here on campus hold,” Mehrotra said. “I think they just fall in line.”

Brannock said that she has noticed that conservative students face difficulty in expressing their views on campus and that she has even experienced personal discrimination at the College.

“I have this professor who knocked off a few points because I disagreed with him on this issue, or this professor didn’t appreciate my comment in class,” Brannock said. “I’ve actually had some people who have told me, ‘I’m really afraid to say I’m a conservative on this campus just to people our own age, other students, because I feel like they’ll treat me differently after I say that,’ and I’ve experienced that too, so. It’s a hard thing on this campus.”

Estes said that despite the fact that he perceives the College population to be liberal, he thinks libertarian beliefs occupy a unique place among the campus community and can help other students learn.

“I think that a lot of times in class discussions we can bridge gaps,” Estes said. “We have a general leftist spin where it isn’t that left-right dichotomy, it’s only left students. The goal of college is that we’re supposed to develop our ideologies and learn from each other and challenge ourselves. If you have someone that disagrees with you in class and you talk through issues, you’re more likely to have a learning experience than an echo chamber.”

Leaders in the Young Democrats, College Republicans and College Libertarians all agree that, despite the differing ideologies and support on campus, there is no hatred between organizations. Mehrotra said that he thinks the organizations are all on great terms with each other.

“I’m the Vice President of Young Democrats and one of my very good friends that I get lunch with every week or two is the secretary of College Republicans,” Mehrotra said. “There isn’t really any sort of divide.”

However, Villarreal said that while no personal animosity exists between members of the organizations, the atmosphere is hardly conflict-free.

“There are certainly intense disagreements and we’re going to butt heads obviously,” Villarreal said. “Of course there is a lot of disagreements and name calling and belittling of other groups and stuff, but that’s just something that happens with different ideologies and whatnot.”

Regardless of any tension between the organizations, the four come together every year to memorialize the Sept. 11 attacks by placing American flags in the Sunken Garden. Mehrotra said the event brings the organizations together.