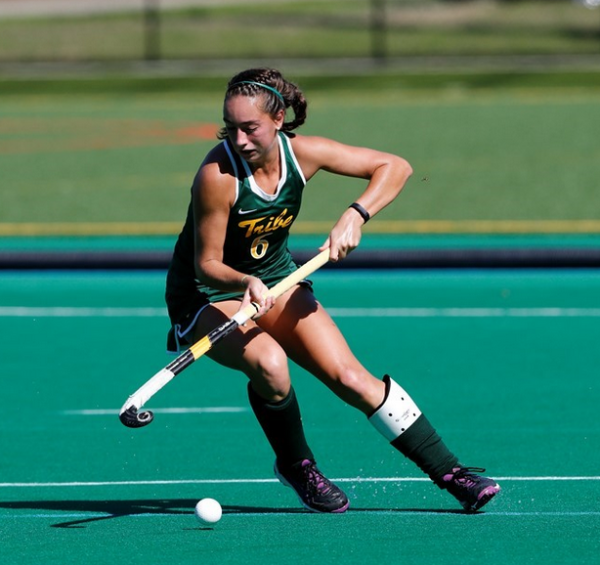 William and Mary’s season ended Friday afternoon in Delaware with a 2-0 loss to No. 20 James Madison in the Colonial Athletic Association tournament semifinals. The Tribe wrapped up one of its best campaigns in recent history at 9-10 overall with a 5-1 conference mark.

The first half was controlled by the Dukes. In the 18th minute, JMU forward Lisa Lejeune took a pass, maneuvered to the top of the circle, and let a backhand shot fly that found its way past freshman goalkeeper Morgan Connor, putting the Dukes out in front 1-0. Through the first half, the Dukes had seven shots, while the Tribe was unable to muster any. The Tribe held the Dukes relatively in check though, as Connor had two saves.

The Tribe comeback attempt was made nearly impossible when Lejeune struck again to double the Dukes’ lead in the 46th minute. The Tribe fought back, putting pressure on JMU goalkeeper Sara Kraeutler. The Tribe outshot the Dukes 7-2 in the second half, but despite this valiant effort, the College’s comeback attempt fell short.

Despite a disappointing ending in the conference semifinals, the College’s season counts as their best since the 2012 season, when the team went 10-9 overall.

Despite a disappointing ending in the conference semifinals, the College’s season counts as their best since the 2012 season, when the team went 10-9 overall. The team’s 5-1 conference record is the best in school history since the CAA took its current form.

The future of the program looks bright, as the top four point producers for the Tribe will return, including junior forward Cammie Lloyd whose 36 points ranked her third in the CAA. Also returning will be Connor, who was fourth in the CAA in goals against average among qualified goalkeepers. The Tribe will lose senior captain Maria Jose Pastor, who tied for fifth on the team in points.

Advancing from the CAA to the NCAA Tournament will be Delaware, who won the automatic bid from the conference, beating JMU in the championship game on Sunday 4-1.