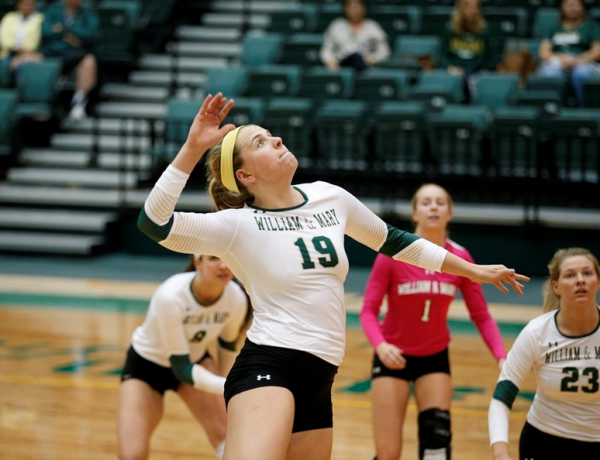 William and Mary fell twice on the road on Friday and Sunday with 3-0 losses against both North Carolina-Wilmington and Charleston, extending its current losing streak to eight. These losses keep the College at the bottom of the Colonial Athletic Association.

Both weekend opponents had previously provided the only two wins the Tribe has in conference thus far, Charleston falling 3-1 Oct. 7 and UNC-Wilmington falling in five sets 3-2 Oct. 9, both at Kaplan Arena. The Tribe wouldn’t get a single set in the road rematches.

The Tribe lost again in three straight sets to Charleston (17-10, 10-5 CAA). Although the sets were more competitive against the previously-defeated Cougars, the Tribe was unable to secure a single set win. After a tough 25-13 loss in the first set, the Tribe fought for each point, despite losing the following two sets 25-22 and 25-20.

Biniak and Foote led the offense again with eight and six respective kills. Successfully defending the net was junior middle blocker Paige Humphrey with four blocks and freshman outside hitter Alex Stein with three. Stein also scored the Tribe’s only two aces in the match. Pe again dominated back row defense along with Foote, each with 11 digs.