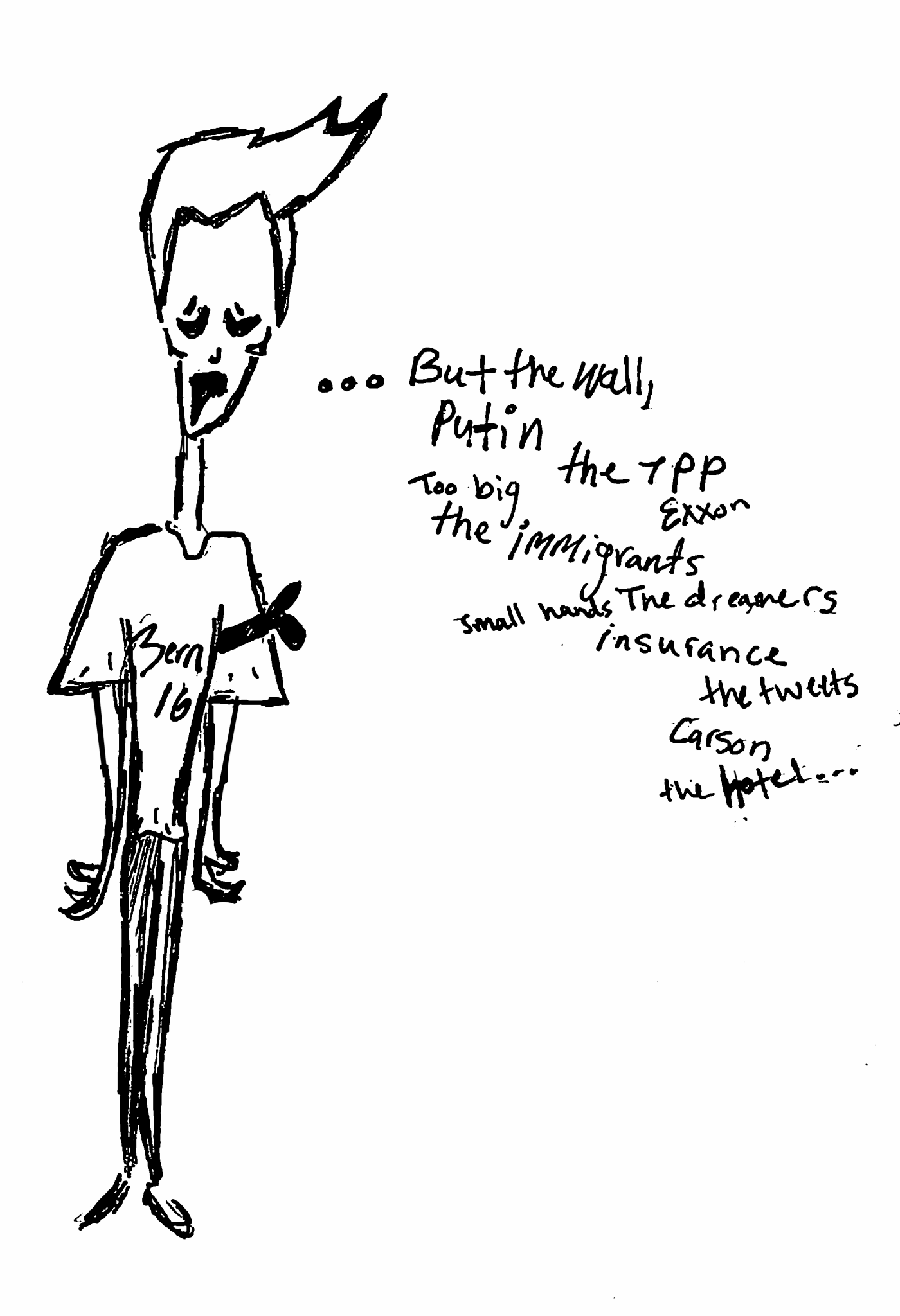 You may have noticed some strange changes in your liberal friends lately. Perhaps they have more erratic sleep habits or appetites. This may be accompanied by unusual patterns of dress, like still wearing the clothing of forlorn political candidates or childish cat hats. They may be jumpier than usual or just have a deadened, middle-aged-Walmart-cashier look in their eyes. Maybe your liberal pals have been emitting bursts of unprompted anger, weeping uncontrollably, experiencing violent mood swings, or just going off into unprompted harangues about the importance of “openness” or “caring.” Your friends may have also become irrationally avoidant of media consumption or, on the other extreme, they may be excessively checking NPR for any crumb of information they can acquire from the left-wing mothership. You may even be bearing witness to delusions, often of Nazis or Russian spies or government take-overs, accompanied by irrational feelings of persecution. Finally, they may have perseverative speech patterns in which they talk about the same far-flung notions, like public education or feminism, over and over again no matter how hard you try to pull them back to reality. These changes in behavior are probably concerning to you, even coming from your often strange and imprudent liberal buddies. Unfortunately, you are witnessing the dark side of being blue.

Although they would never have sympathy for you if you did the same, your liberal friends are going through a complex and mysterious withdrawal and grieving process in reaction to the recent election, and they are taking it out on everyone. Sadly, they are crashing from the high of a failed socialist uprising. Luckily, most of them invest more in inedible leafy greens and ridiculous electric cars than in tangible assets and stocks, so they won’t be taking the market down with them. They became addicted to this scary drug the kids call “hope,” and now they have to detox. If that weren’t difficult enough, they are also mourning the loss of perceived “freedoms.” Of course, they are really bearing witness to the next great American revival, but liberals are a little perverse in their understanding of the word ‘free,’ kind of like how many of them think raisins are candy or tofu is food. This absurd logic is probably hard for you as conservatives to understand, but just think back to how you much fear and despair you felt when Obamacare was enacted and the death panels started to stalk your gram-gram, or when the EPA threatened to take away your guns. Yes, liberal anxieties seem inane compared to those legitimate threats, but they feel just as real to your friends. Finally, your little liberal pals are also mourning the loss of their misery. For some reason, part of the tortured liberal psychology is that they take pleasure in things counter to human nature, like sacrificing their family’s well-being and health for strangers or listening to NPR host Diane Rehm’s strained vocal cords. They want to give away their money and talk about really miserable topics, like slavery and our slightly miscalculated leadership intervention in countries like Iran. But the liberals feed off of unhappiness and flock to suffering, so the idea of an America that is actually great again is an alarming prospect to them.

Have empathy; it will be hard for them to make it in a world without free rides and handouts from Uncle Sam. Or basic healthcare. Or reproductive rights.

You don’t have to understand it. In fact, you won’t, because there’s nothing that the pernicious liberal elites have funneled through the news media that actually makes sense. After all, if they made sense, then they would be conservatives. But it’s important to understand that it seems real to them. Despite your differences, you still love them, and your little liberals are hyper-sensitive during this delicate transition time, much like women all the time. They perceive that this transition marks the end of their world as they know it, and are consequently going through a grieving process for their rights and their organic, gluten- free, non-GMO, welfare lattes. It is important that you validate their suffering. All they need is a supportive friend. Have empathy; it will be hard for them to make it in a world without free rides and handouts from Uncle Sam. Or basic healthcare. Or reproductive rights. Or freedom from the fear of racial persecution, protection from self-interested corporations, and sanctions to slow an impending environmental disaster. But those are just safety nets. They are on training wheels, and your friends need a wise force to ease the transition into the big- kid world. Luckily, you can be there to give them a loving shove out of the nest.

Emily Gardner is a Confusion Corner columnist who is good at pretending to sympathize with conservatives.